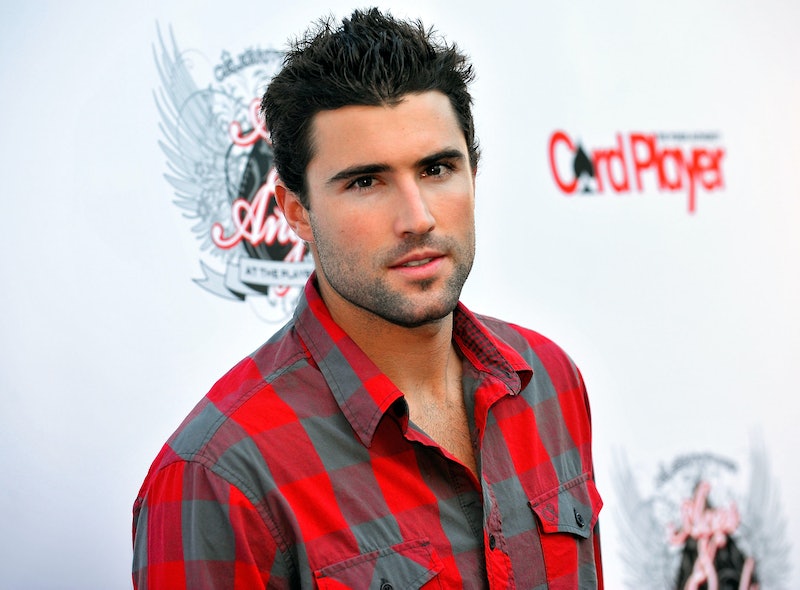 Well, here's one person who circled "thanks but no thanks" on the RSVP. Brody Jenner will not be attending Kim Kardashian and Kanye West's wedding, which is pretty jarring considering it's his half-sister who's tying the knot. So, nope, Kimye will not have the "honour" of his presence. (That will never get old.)

So why is he passing on the so-called "intimate nuptials?" He's actually got a pretty good reason. Apparently, the "honour" of his girlfriend's presence (that belongs to Kaitlynn Carter, his lady of seven months) was not requested. It seems as though Kimye didn't give a lot of their invitees plus- ones, which must have to do with their definition of "intimate." It also may be their very effective, if not very tactful, method to scaling down wedding costs. If we don't give them guests, then they won't show! MORE MONEY TO SPEND ON BEDS OF THOUSANDS OF ROSES!

But hey! At least he was invited. Back in November, it looked like there was a chance that he might not even receive an invitation at all, which would have been a way bigger of a middle finger than what he got.

Still, are you really surprised that there's some family tension happening with Kim's impending nuptials? No, you're not. Another day, another piece of Kimye wedding drama.