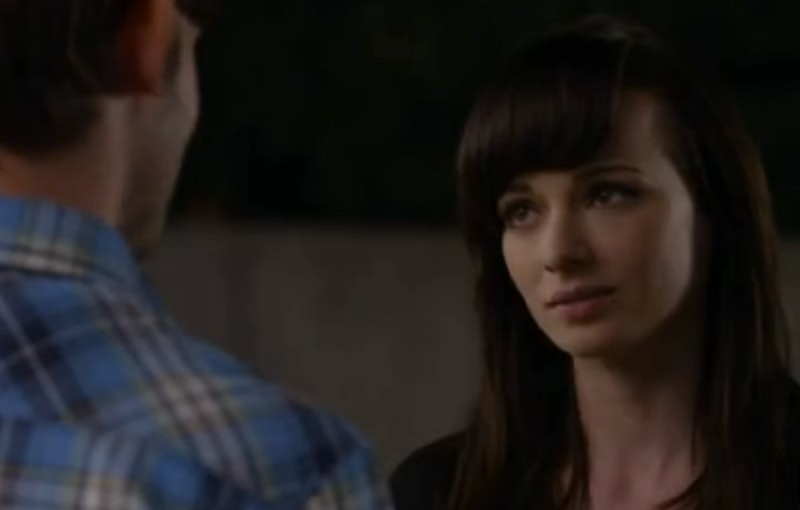 Senior year is a weird place to be. This is true whether you're talking high school or college — or grad school or old age, I suppose — but trying to fit yourself into a new phase of life while still residing in that old phase is sure to drive a lot of people into a lot of anxiety. Considering that Jenna Hamilton has never been one to shy away from anxiety, it was a sure thing entering into this season that we'd see a whole new rainbow of freak-outs and hand-wringing from our girl. "Crowning Moments" proved an anxious Jenna is far from behind us.

Of course, this season we also got anxious Matty, who reacts not like Jenna does to stress and the unknown — aka by assuming everyone hates her and over-thinking everything until it all comes bubbling to the surface in rant form — but by playing around until everything he's bottled up lashes out at whoever happens to be near by. This episode that meant that Matty indulged in some stand-up comedy — the long and proud tradition of wounded people everywhere — which happened to take place in front of the entire school and drag his history with Jenna through his current drama with his parents.

Of course, Jenna's new college boyfriend was in the audience, too, further emphasizing that this season is all about the balance (or attempted balance, or attempted exploration of) who you've been so far in your life and who you're about to be for (as many high school students think when they're starting college) the rest of your life. Jenna's new college boyfriend (Luke!) is incredibly supportive and understanding of the high school drama and of Jenna in general, which just makes it all the more complicated and resonant that the things Matty said about Jenna up on that stage really served to highlight that those two have an incredible intimate history together. In a show so comically heightened it's easy to gloss over the closeness that comes when someone lives with you when their parents kick them out — or the fact that, for Matty, Jenna's been by far the most supportive figure in his struggles with his parents, stretching back pretty far.

Jenna has worked through a lot of shit to get to where she is now: Confident in herself (relative to when we met her), with an image for who she wants herself to be in the near future that's driving her more than anxieties over how people are seeing her in this moment. She's Jenna 2.0, and she's pretty great. She's way less inept at navigating the world as she was when she was 15, and really that's a solid trajectory to have during your high school years (and in general). Unfortunately she's also on a show called Awkward, which means there'll likely be some bumps in the road with this whole coming of age thing. Jenna seems pretty ready for this college boyfriend, and he's pretty damn cute. But being ready for college doesn't always mean you've left high school behind you.