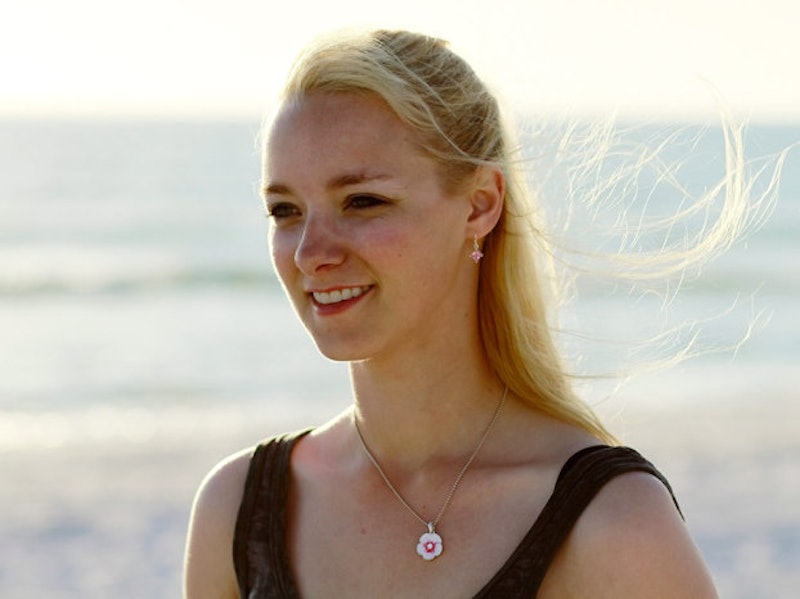 They may not have smartphones, Twitter, or any electricity, for that matter, but the Amish still know how to make reality TV gold. Fights, hook-ups, and accusations of witchcraft came naturally for the four Amish and one Mennonite contemplating leaving their faiths behind in the 2012 TLC docuseries Breaking Amish . Well, they did break away, and now two years later, through a marriage, family issues, and financial troubles, Abe, Rebecca, Kate, Jeremiah, and Sabrina are back to show us how the real world is treating them in the new spin-off series Return to Amish premiering Sunday premiering Sunday, June 1 on TLC.

From what we can tell from the 90-second preview of the new show, Rebecca and Sabrina are both pregnant, Abe's sister Katie Ann is still Amish but will continue her exploration of English (the term for non-Amish) culture, and Jeremiah doesn't look too thrilled with Kate's lingerie photo spread. But one of the things that piqued our interest most about the new season is that Abe's brother Andrew and Rebecca will once again rehash that time they once hooked up before Rebecca started dating Abe, to whom she is now married, which was kind of a big deal, but not really, but is still something everyone likes to revisit on the show.

It looks like the re-examining of the topic this season will be a result of the curiosity of Chapel, Andrew's on-again, off-again girlfriend who hasn't exactly gotten along with the cast in the past. (Can't you just feel the shade of it all?) Chapel wants clarification on Andrew and Rebecca's relationship from yesteryear, and boy, is it complicated.

It all started last year during the run of Breaking Amish: Brave New World, which followed the lives of the cast members shortly after leaving the Amish and Mennonite communities. Rumors circulated that something had gone on between Andrew and Rebecca during the season. When it finally came time to sit down for that season's reunion special, Andrew quickly admitted that he and Rebecca had slept together long before she and Abe became an item. They had apparently both been drinking, which is shocking because nothing regretful ever happens when you've got booze in your system.

At first, Rebecca refuted the possibility that the two had sex, but then she quickly recoiled and said it did happen, but she didn't remember it, but she did, but she didn't, and then she didn't want to talk about it anymore. Next time, Rebecca, you might want to try making it look less obvious that you're trying to hide something. Just some friendly advice from us to you.

It was bad enough for Abe to know that his brother had previously slept with his wife, but then allegations came out that Andrew is the real father of Rebecca's daughter, and that is the reason her first marriage ended in divorce. Abe and Rebecca will not reveal who the father is. Don't even ask Abe, or he will run out of the room in a fury, or as furious as the usually meek Abe can really get, like he did during the Breaking Amish reunion.

Just when we thought we had finally gotten some answers from this mysterious bunch, Rebecca seems to have back-peddled a little. In the preview for Return to Amish, in response to Chapel's probing about that one time no one will ever forget that Rebecca hooked up with Andrew, Rebecca says, "It started, but we didn't actually sleep together." So they only kinda, sorta, not really, maybe, in a way slept together. Everybody got that?

We still have yet to fully see the repercussions this news will have on Andrew and Rebecca and their relationships. Considering that Abe and Andrew's relationship is already a bit tenuous, and Chapel and Andrew are hoping to get more serious, this is likely to not be the last we'll hear of this incident, and for the selfish reason of entertainment, we probably wouldn't want it to be, anyway.