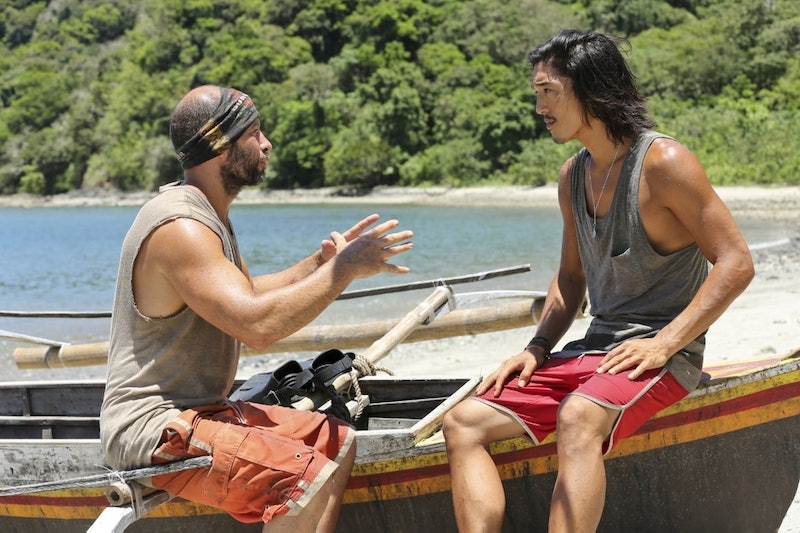 I'm pretty sure I'm more bitter about who won Survivor: Cagayan than the actual jury members are, and, yes, that does make me feel epically sad about my life. I wasn't even in the physically and emotionally grueling competition, and I'm about ready to fall to my knees and raise my fists in anger while shouting "nooooooo" to no one other than my cat because I can't handle the fact that Tony is walking away with one million dollars. And all because the "noble" Woo made the stupidest decision ever to bring the person he was the most loyal to (Tony) to the final two instead of the person who he could have beaten with his eyes closed (the goat of the season, Kass). In fact, according to the jury during the finale, Woo would have 100 percent walked away with the prize money if he had chosen to take Kass with him (Kass, you keep on being you).

Because of that million dollar mistake, a lying, thieving, snake-like man who made promises on the life of his wife and child (and on his police badge), is now a millionaire. (I get that the game is all about lying to get what you want — well, sometimes it is — but that still doesn't mean that I have to like the New Jersey cop.) The even bigger issue is that I have no choice but to mumble under my breath that "he deserved to win." Why?

Now, whether you watched the show or not, you might be wondering, "What the actual hell does Tyler Perry have to do with Survivor?" A good question, my friend. A very good question indeed. Well, turns out that Perry is a massive fan of the show. So massive of a fan that he literally texts Probst during the middle of the night just to give him ideas for the show. In fact, Perry was actually the reason this season had everyone's least favorite twist: The idol with special powers. Damn you, Perry! This idol, unlike the rest of them, had the ability to save the person who was in possession of it after the votes were read. Dun, dun, dun. Of course, the villain of the season, Tony, was the one who found the idol.

So why did majority of the fans (myself included) hate the special idol? Well, in the reunion show, Probst revealed that he thinks that we don't hate the actual idol — we hate the fact that Tony found the idol. And Perry totally agrees, as do I. It's definitely a piece of humble pie to eat, but I can now willingly admit that the only reason I have the bitter taste of idol in my mouth is because the villain of the season was able to outwit, outplay, and outlast everyone else on the show. But in the end, isn't that the person we want to win? Because we all know it would have been no fun at all if the extremely likeable but highly undeserving Woo won the game of Survivor. Instead, let's just remember Ninja Stealth Woo for his love of guac and his fancy moves: