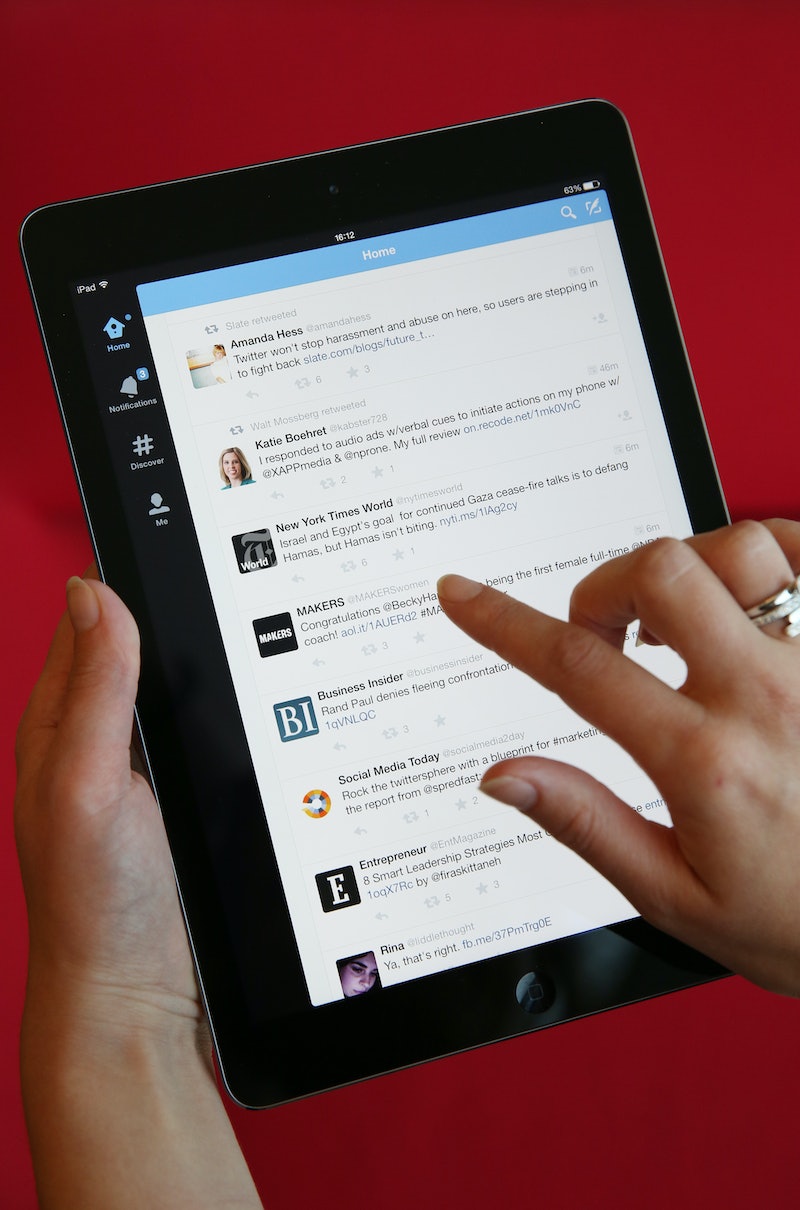 From Monica Lewinsky to Willow Smith, "slut-shaming" — feminism's evil twin— is clearly on the rise. The worst part? According to TIME magazine, a recent study suggests that nearly half of the people attacking these women on Twitter alone are, in fact, other women.

The study — conducted by British think-tank Demos — observed UK Twitter accounts from December 2013 to February of this year. Researchers looked for specific words, including “slut” “whore” and “rape” in updates, as well as how often they were used, different types of use, and who exactly the word and posts were directed at. Their findings were more than a little unnerving.

Demos discovered that there were close to 100,000 posts which included the word “rape,” 12 percent of which were used in an offensive way — as in, a threat, insult or harassment to the subject of the tweet (not in relation to a news story or to promote a positive message about awareness). Of the 131,000 times the words “slut” or “whore” were used, 18 percent were considered misogynistic.

But it gets worse.

One of their key findings notes that “women are as almost as likely as men to use the terms ‘slut’ and ‘whore’ on Twitter.” Men used one of these words offensively in 116,530 posts, while women did so 94,546 times themselves.

So, what’s happening here? Does Tina Fey really need to update her Mean Girls gym speech for an adult audience? (Yes, actually, that would be great. Perhaps someone should organize a TED Talk? Ms. Fey, if you're reading this please email us and we'll set something up.) The issue has a lot to do with the words themselves, and how casually they're used.

Wired notes that, aside from the fact that these verbal attacks are occurring so often, words like “slut” and “whore” are a huge part of the issue. Thanks to the Internet they’ve taken on far too “conversational” and non-literal definitions. However, this doesn’t change the impact they have on their targets. Refinery 29 recently focused on the comments below a post about Lindsay Lohan’s alleged miscarriage — and how easily the word "slut" can be considered hate speech. The piece also sheds light on how the word is just as misogynistic coming from a women as it is coming from men.

Though the Demos study seems unnerving at first, we should consider it a wake up call. Yes, the day is long, Twitter is fun, and words like "slut" and "whore" seem so casual, but that doesn't change the fact that they are considered hate speech and can easily hurt another person's feelings. An easy solution to the problem? Think before you tweet!