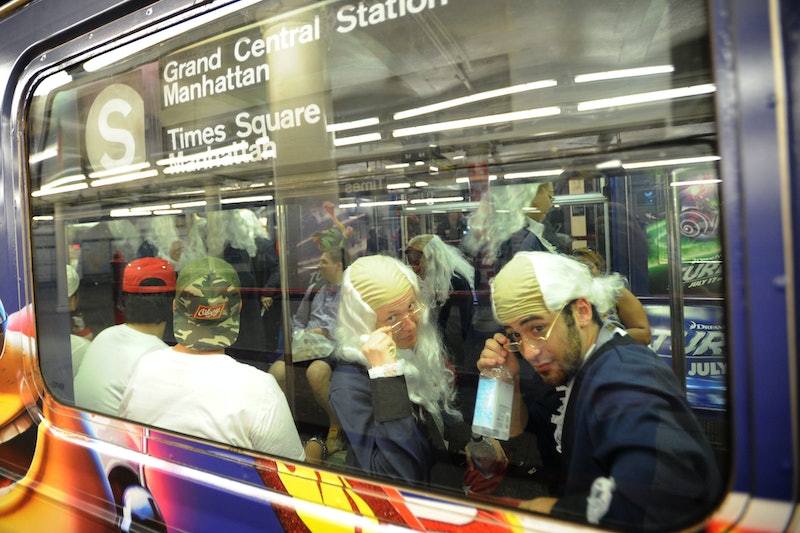 Have you ever been a bit, ahem, inebriated one night and spent half an hour standing on a subway platform before realizing that the train has stopped running? Well, Google Maps is doing its part to keep that from happening with some new features. No more having to shell out for cab fare for you. Hooray!

To keep us from getting stranded on our nights outs, Google Maps will now not only tell us which routes will get us home, but will also tell us the latest possible time that such a trip is possible. A boon to late night partiers everywhere!

Google Maps is reluctant to actually refer to this change as a "drunk train feature," but let's be honest — most of the time if you're out so late the trains aren't running, you've also spent some quality time with alcohol that night. You're not fooling anybody, Google.

This month's set of new Google Maps features also includes lane guidance for those who use cars instead of trains, Uber integration for those who prefer cars (just be sure to be safe), and the ability to filter your searches for bars and restaurants based on their hours of operation for night owls of all types. So I don't know why Google is shying away from boasting about their usefulness to people who stay out late. It seems they've got everything covered, from the planning stages to the part where your designated driver takes you home.

Now, for all those guys who take up lots of space on the subway, that Google still can't help you with. Though Tumblr has a few helpful ideas that might explain their behavior.