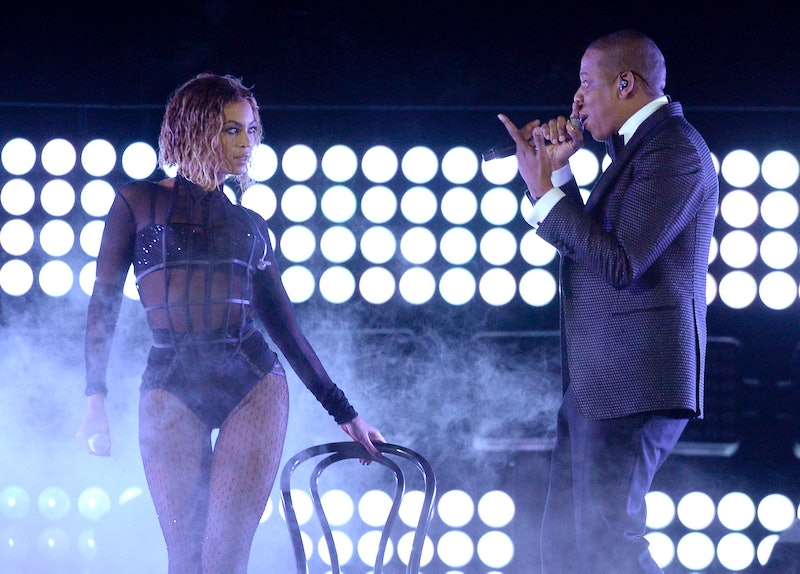 Reportedly, ticket sales for Beyoncé and Jay Z's On The Run tour took a bit of a nosedive after that leaked video of Solange Knowles' valiantly trying to brush a spider off her brother-in-law's shoulder in an elevator. On Wednesday, Forbes reported that ticket sales dropped 13.5 percent since the footage went public last week. But seriously, did the elevator tiff truly pack a big enough punch to cause a decline in ticket sales?Here's what could've happened: Maybe people got pissed because they realized that completely awesome tour promo won't become an actual film. Coming Never?!? That was about as close to the ol' bait-and-switch as you can get. Get the Beyhive buzzing only to dash all their hopes and dreams with two simple words? That kind of advertisement trickery is enough to prompt the faithful bees to tell their queen, "You must not know 'bout me," and immediately withdraw their coins in protest, right? After all, fans are so desperate to see "Run" hit the big screen as a full-length film, they started an online petition. Or maybe the sales decrease is because Bey literally just came off a world tour. Fans who practically worship Beyoncé possibly aren't buying tickets for On the Run because they just saw the Mrs. Carter Show World Tour.

If ticket sales continue to decline, Beyoncé's effortless ability to spellbind will suddenly be in question. Will Queen Bey become Princess Bey? Or, gasp, Countess Bey? Only time will tell.