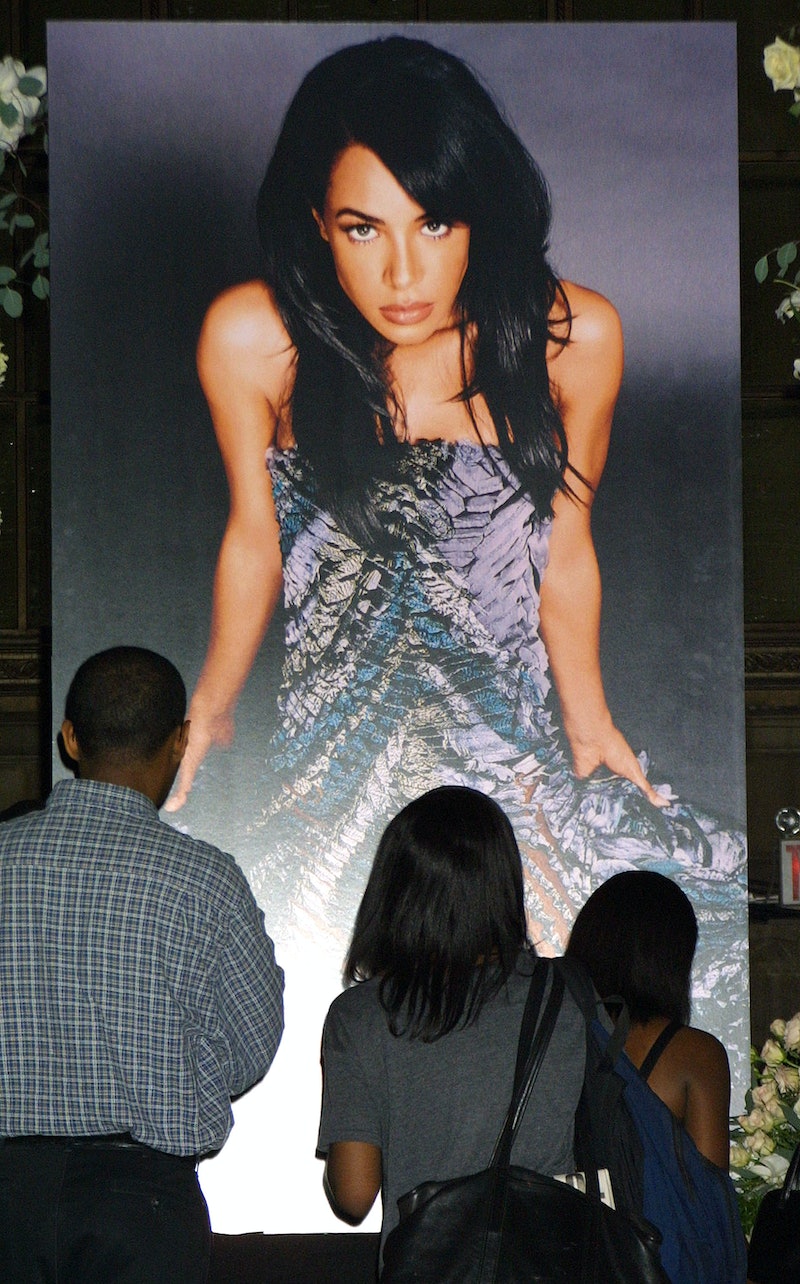 More than a decade after her untimely death in a plane crash, more rumors have surfaced that the long-awaited Aaliyah biopic will come to fruition on VH1. Website Necole Bitchie alleges that an actress who auditioned for a part in the film posted specific details online about the casting process. Ultimately, she wasn't chosen for the role, but for those who still love Aaliyah, this news is likely the most promising of the multiple updates provided since the film's alleged inception.

It helps that the biopic, if it happens, will air on VH1, especially after the network's success with last year's TLC biopic CrazySexyCool , which did a great job of recounting the trio's story. It eventually earned the title of most-watched original movie on network TV.So far, several names have been tossed around for who could portray Aaliyah, including Solange Knowles and Bria, Eddie Murphy's daughter. Undoubtedly, whoever nabs the role of leading lady must do it justice by perfectly executing Aaliyah's cool and calm demeanor, which was as much a part of her signature tomboy, sexy persona as her music and effortless dancing.

Hopefully, Aaliyah's family won't raise any further objections. In the past, they have been fiercely protective of her legacy and previously refused to support the film or co-sign a posthumous album. But early last year, these tweets from Aaliyah's uncle Barry Hankerson provided evidence that they appear to finally be on board with her onscreen portrayal.

Considering the fact that the current generation remains in touch with Aaliyah's music, and the amount of time that has gone into producing this supposed film, let's hope VH1 can reproduce its past biopic success and offer fans yet another way to stay connected with the singer whose artistry still upholds her status as "One in a Million."