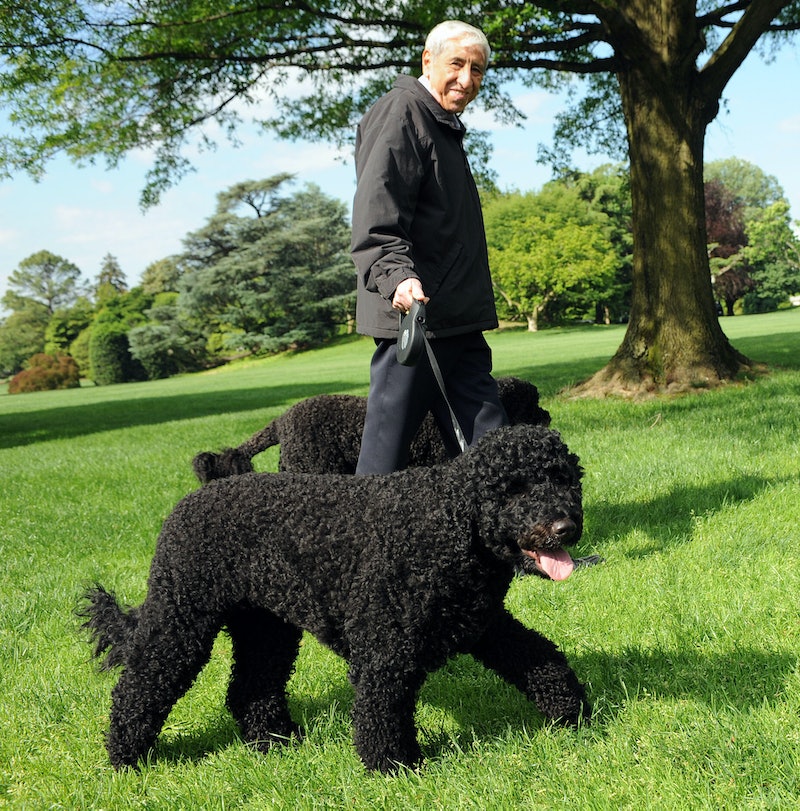 One doesn't often associate technology with pets – not unless you're thinking of that video of cats playing Candy Crush. But the trend of pet tech seems only to be increasing, from the app that let's you interact with your cat remotely to pet fitness trackers to doggy sex toys. No, seriously, that's all real. And the latest innovation? A drone that can walk your dog.

Jeff Meyers, a normal guy who just happens to have a golden retriever and a drone, decided to let the drone take Fido for a walk, and uploaded a video of the whole experience to the Internet for our collective enjoyment. Or confusion.

In fact, oddly enough the dog seems to be the least alarmed of anyone about this new frontier in pet care. He seems completely unfazed by the fact that a flying robot is taking him for a stroll instead of his human.

Based on the video, it seems that the drone can be programmed with a route, allows the owner to video monitor both the route and the dog to make sure everything's going well, and provides the pair's exact location just incase the robot became self-aware and decided to kidnap the dog for its own personal companion.

Not that I'm saying that's likely or anything. Just something to keep in mind. As long as we're living in the future, it never hurts to be prepared.