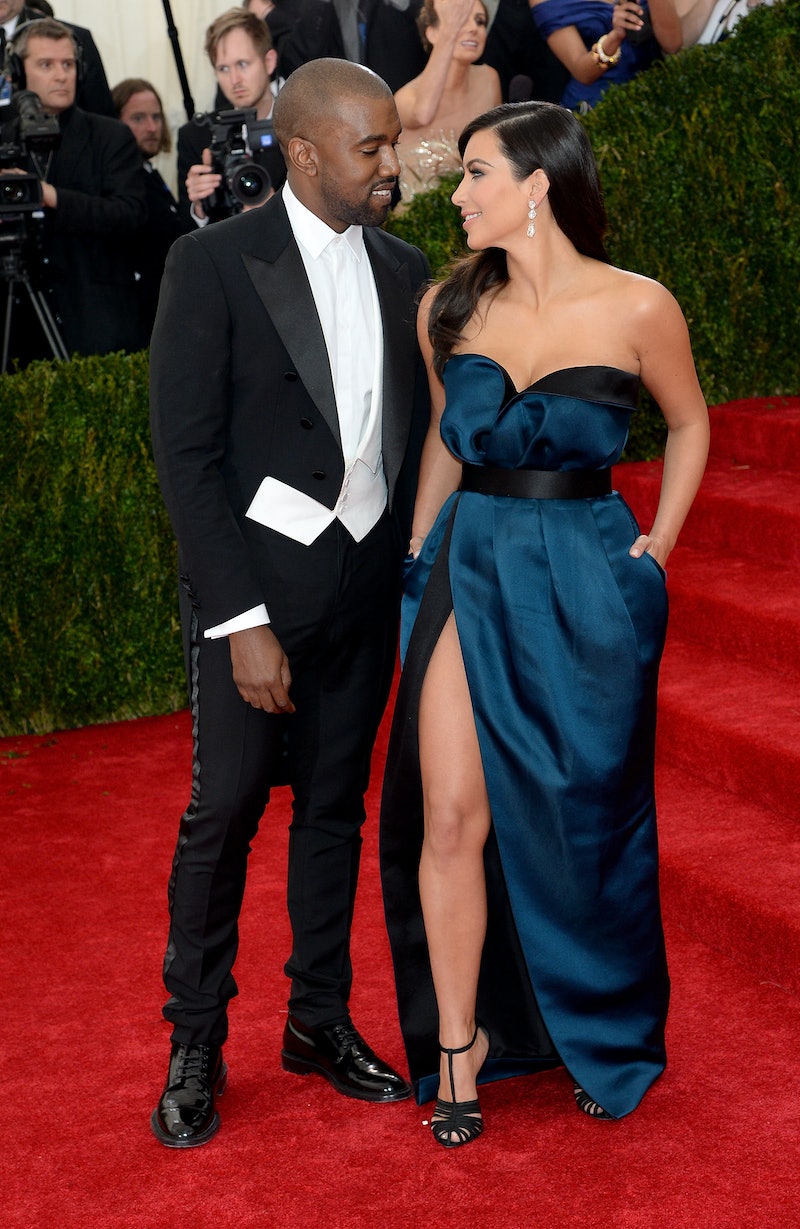 It happened. Yes, it happened. Kim Kardashian and Kanye West are officially married! So of course you're wondering how it all went down, right? Let's take a look at what we know happened at their ceremony, because obviously we're all itching with curiosity. The two had claimed that they wanted an intimate wedding which was LOL-worthy, but maybe that just meant "no strangers allowed," or that they consider the Fort di Belvedere in Florence, Italy "intimate." However, we know these two dig all things that are ostentatious with a capital O. Kim and Kanye are into topping each move that they make, so whatever happened, it had to usurp getting serenaded by Lana Del Rey and a lavish rehearsal dinner.

So we shouldn't be too surprised that the couple got serenaded by Andrea Bocelli at the actual ceremony. Kim at some point was probably like, "Well, classical music is... classy." The opera singer performed a bunch of his songs, including, "Con te Partiro." Kim sat there, likely thinking, "This is what money sounds like: Andrea Bocelli in my ear."

Bruce Jenner walked Kim down the aisle for a ceremony that was officiated by Rich Wilkerson, Jr. and Kris Jenner was "beyond bursting with happiness," to use her own words, as a mother often is when her daughter gets married.

But hold up for a hot wedded second! For the first time ever it sounds like Kanye was nervous! An onlooker told People,

It was funny how nervous he was [...] He clearly knew the gravity of what he was about to do. This morning he was all smiles, but as it got closer, you could see that the nerves were kicking in. It's common for most grooms. I've seen it all before.

Shh. Don't tell anybody! Kanye likes to keep his pride!

And I don't know about you, but I am always wondering what celebrities are eating. Apparently, everyone is dining on Italian food, as one does in Italy, but according to a source, it's "traditional with a play on ingredients." Ooh, there's playfulness involved in this culinary experience. So it's like... expensive and lavish food. A feast for Kardashians and Wests alike!

But most importantly, we have a single blurry picture circulating the Internet:

IT'S ALMOST LIKE WE'RE THERE. ALMOST. YOU CAN PRACTICALLY FEEL THE LUXURY AND TASTE THE TUSCAN CHICKEN!

Congratulations to the very happy couple. Between the love those two have for each other and themselves, it's surprising the ceremony has yet to implode with feelings of adoration. But for real — congrats to the new Mr. and Mrs. West!