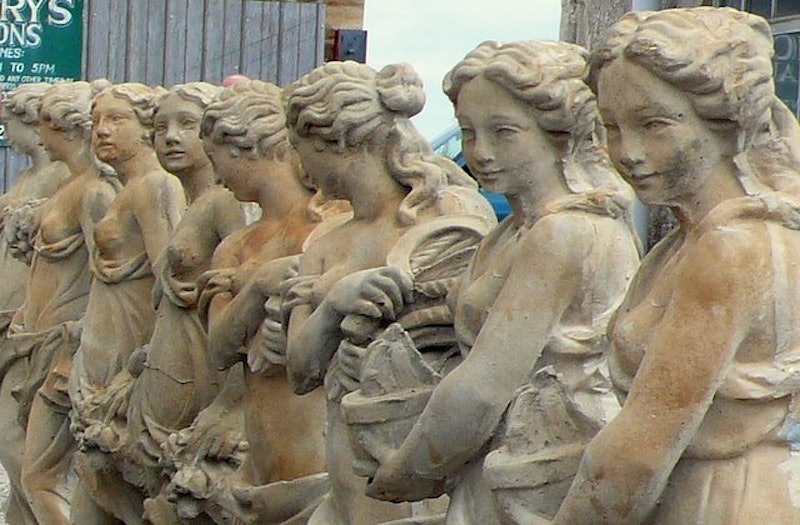 It seems lately that no one can have a conversation about misogyny and the problems women (#YesAllWomen) face without someone interrupting with "Not all men!" This is apparently even true on a day when a young man with a long and painfully well-documented history of misogyny predictably turns violent and kills at least six people, according to initial reports. Yet discussions of how misogyny can turn violent–whether accompanied by mental illness or not–have been met online with the predictable chorus of "Not all men!"

In response to the perpetual "Not All Men" crowd, one Twitter user* created a hashtag response: #YesAllWomen. Because it honestly doesn't matter if all men are misogynistic–and everyone I've ever encountered is aware that they aren't. What matters is that all women are oppressed by misogyny. And insisting that every discussion of misogyny come with a disclaimer of "Not all men," is a derailing tactic. Not all men have to hate women for all women to be oppressed by men. And men who honestly care about women will recognize that the oppression will never end if we can't have honest conversations about that.

And since #YesAllWomen is currently trending on Twitter, it seems that lots of people are eager to join in that conversation.

Of course there were still a fair number of men who took offense at the whole thing. Never underestimate the ability of men to get upset when women try to discuss their real life problems.

But there are also lots of guys who got it.

And because there's so much to talk about with this tag, the conversation shows no signs of stopping any time soon.

So check out the #YesAllWomen hashtag. You'll be glad you did!

*UPDATE: Due to the creator's request, her name and initial tweet have been removed from this article. Any other twitter users featured here who would also like their tweets removed in order to avoid harassment or other backlash, please feel free to contact us.