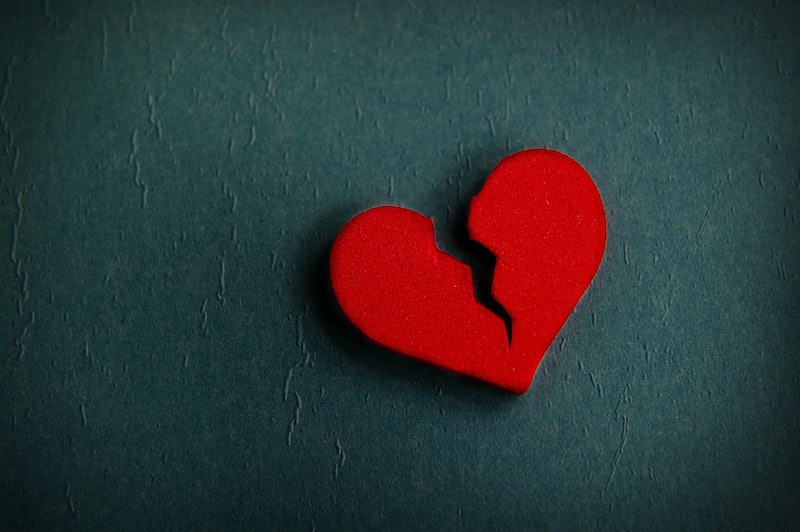 Ever wonder why you can't stop fighting? Sometimes the reason is less obvious than you'd expect. (Hint: If you think your tiff is about dirty dishes, it's almost never just about that.) Watch out for these hidden factors that can seriously mess with a relationship.

A new study that followed 341 people for 25 years found that negative emotions we may have suffered as teens tend to cling to us in adulthood. "We assume or hope that high school experiences fade away and don't necessarily resonate 25 years later," says lead researcher Matthew Johnson, a professor at the University of Alberta. "The fact that symptoms of depression and expressions of anger can endure over many large events in life shows how important it is to deal with mental health early."

So, if you were more Angela from My So-Called Life than Kelly Kapowski, more Daria than Quinn, more… you get the idea, you could benefit from re-examining your past and how it applies to your current relationship. People can improve their love lives by "recognizing the fact that where they are in their couple relationship now is likely shaped by earlier chapters in their lives," says Johnson.

It's not the pill itself that can eff with your sex life — it's changing your pill habits. A recent study found that women who had been taking the pill the entire time they've been with their partner — or who had never used it in the first place — reported more sexual satisfaction than those who started or stopped using it during their relationship. Note that this only applied to sex: There was no marked difference in other aspects of relationship satisfaction.

"The pill has been a tremendously positive social force, empowering women and giving them greater control over their lives, but there is also a lot of controversy surrounding the question of whether hormonal contraceptives alter women's libido and sexual satisfaction," says lead researcher Craig Roberts from the University of Stirling.

If you've found yourself in text sessions with your SO that just never seems to end, you're not alone. But ask yourself: How often do you feel frustrated afterward? Sorry to kill your "buzz" (bad pun), but a 2013 study showed that too much texting back and forth, especially to hash out problems, can cause conflict even for the most committed couples. Researchers found that 82 percent of people were texting multiple times a day, but that the texts weren't always loving, but rather a form of "relationship maintenance."

"Women in particular were found to have lower relationship quality when using text messages to apologize, work out differences or make decisions with their partners," according to Medical News Today.

Julie Spira, online dating expert and founder of CyberDatingExpert.com, told YourTango.com that she's never seen a text argument have a happy ending. "When the anger brews and escalates, usually a long-winded text message won't resolve relationship conflicts," she says. "This reactionary behavior puts you in a digital war-zone." After all, when you don't hear the sound of someone's voice, it's hard to tell how they're really feeling. So when in doubt, switch to old-fashioned face time (ideally not FaceTime, although it's better than texting).

Ever notice how you get snippy with each other after sitting on the couch for too long binge-watching your favorite show with a box of pizza? That's not a coincidence. If you've been cranky for seemingly no reason (and taking it out on your partner), it might be time to reevaluate your diet. A 2012 study found a link between fatty food and relationship satisfaction by looking at how couples discuss a stressful subject after eating a high-fat meal.

Another study found a correlation between fast food and bad mood. Penn State psychology professor Dr. Helen Hendy had 44 undergraduate students keep weeklong diaries of how they felt and what they ate. “Consumption of calories, saturated fat, and sodium was significantly associated with increased negative mood two days later,” the study reads. Yes, this is another annoying reason to eat more broccoli — but hey, it's backed up by science.

Over one-third of divorce filings in 2011 contained the word "Facebook," according to Divorce-Online, a British legal service. Even if you're not on the brink of divorce (or marriage, for that matter), experts say to refrain from airing your dirty laundry on social media. (Don't you always feel a tad embarrassed for those couples who do?)

"If you're spending all your time on Facebook when you could be making love, that could be problematic," warns Sheri Meyers, PsyD, an intimacy expert and author of Chatting or Cheating: How To Detect Infidelity, Rebuild Love and Affair-Proof Your Relationship. "Facebook is part of our lives, but we have to learn to fit it in so it doesn't disrupt our relationship."