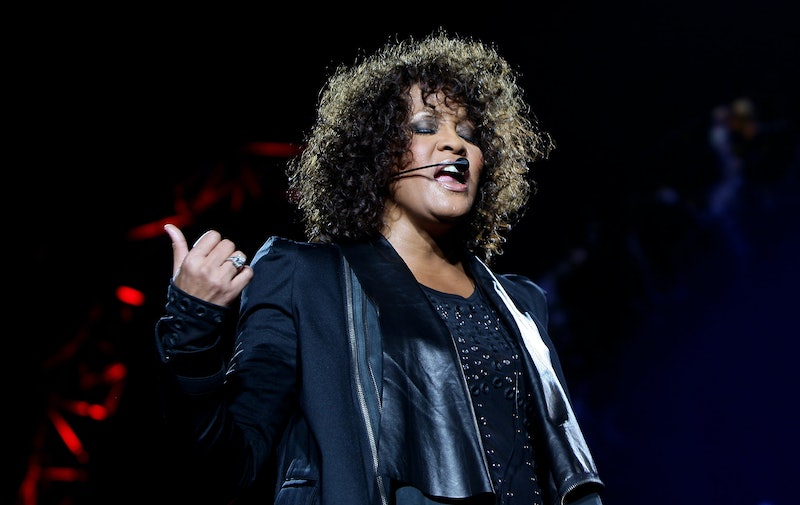 It was recently announced that Lifetime has plans to air a Whitney Houston biopic in 2015. The film will be directed by Houston's former co-star Angela Bassett and will mark the actress' first time directing a movie. While Bassett seemed a good choice for this project given her connection to Houston, the fact that a biopic of this scale would be a made-for-TV movie was surprising and it seems that Houston's family agrees. Whitney Houston's family doesn't want the Lifetime movie made and reportedly is considering an attempt to halt production.

According to TMZ, Houston's sister-in-law Pat Houston told reporters, "Whitney is certainly worthy of more than a television movie. If Whitney were here today, this would not be happening." The website also reports that Houston's estate is "considering a lawsuit to block production." Furthermore, according to sources, Houston's family has already expressed their wishes with Lifetime and are planning their own biopic about Houston.

Houston's daughter, Bobbi Kristina Brown, has voiced her opinion of the movie on Twitter and has made it clear that she isn't on board either. Specifically because she says Houston would only approve of her taking on the role of her mother.

Time will tell what ends up happening with the movie, but it sounds like Lifetime's take likely won't be an official Whitney Houston biopic and that there are legal battles ahead when it comes to access to Houston's songs and life story.