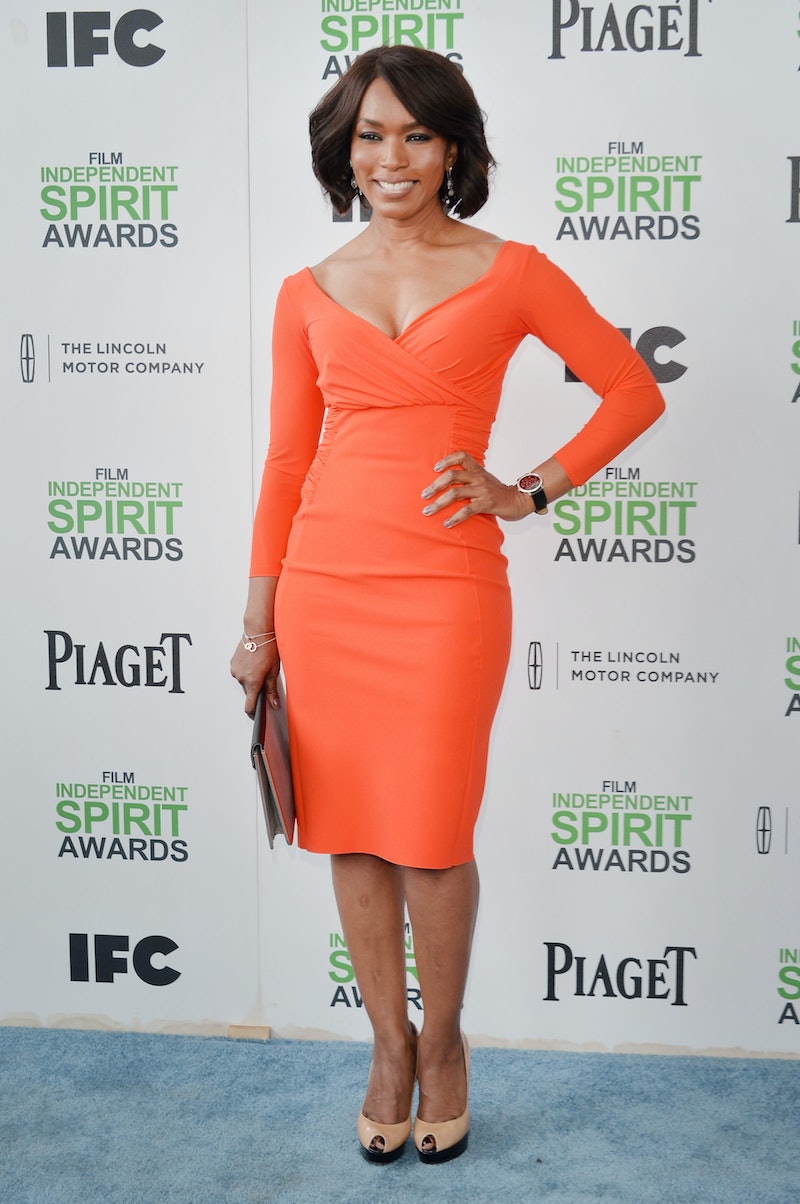 Whitney Houston is getting a biopic and it's being directed by a well-known actress who's moving behind the camera. Angela Bassett will direct a Whitney Houston biopic for Lifetime. The movie will be Bassett's directorial debut and it sounds like the perfect choice for her first film. Bassett knew Houston personally from their time co-starring in 1995's Waiting to Exhale, so she's sure to have some insight into Houston's life and personality that other directors might lack. With such a great pairing of subject and director, the only thing that seems off here is the fact that it's airing on Lifetime.

Not to put down Lifetime too much, they do their own thing and are clearly successful at it, but a Whitney Houston biopic is a pretty big deal. It's the sort of thing that should be released in theaters especially with backing from a big star like Angela Bassett. There are biopics and then there are biopics — the definitive ones that everyone remembers. For example, Ashton Kutcher as Steve Jobs versus Jamie Foxx as Ray Charles. We all knew the Kutcher version of the Jobs' biopic was not going to be the definitive one, just as Ray is and always will be the Ray Charles movie. On Lifetime, unless a miracle happens, Bassett's Whitney Houston biopic will be grouped in with other Lifetime movies. (And I don't know about you, but I saw what they did with Gabby Douglas. Whitney does not deserve that.)

But it's happening whether we think it deserves a wide-theatrical release or not. (Granted, I could very well be jumping the gun here. It's possible Bassett's directing will turn out horribly and we'll be glad this thing will go down in history along with Liz & Dick.) Lifetime has already greenlighted the production and set a premiere for 2015. According to Deadline, the film "chronicles the tumultuous relationship between Houston and singer/songwriter Bobby Brown — from the time they first met at the very height of their celebrity, to their courtship and rocky marriage, all during Whitney’s meteoric rise as a singer, actress and model."

Bassett released a statement saying, "I have such regard for both Whitney’s and Bobby’s amazing talents and accomplishments; and I feel a responsibility in the telling of their story. Their humanity and bond fascinates us all." With the film just getting off the ground, it has not yet be cast, so it'll be interesting to see who ends up starring. Here's hoping Bassett, Lifetime, and whoever ends up the all-important lead role do a fantastic job and break the cheesy made-for-TV movie norm.