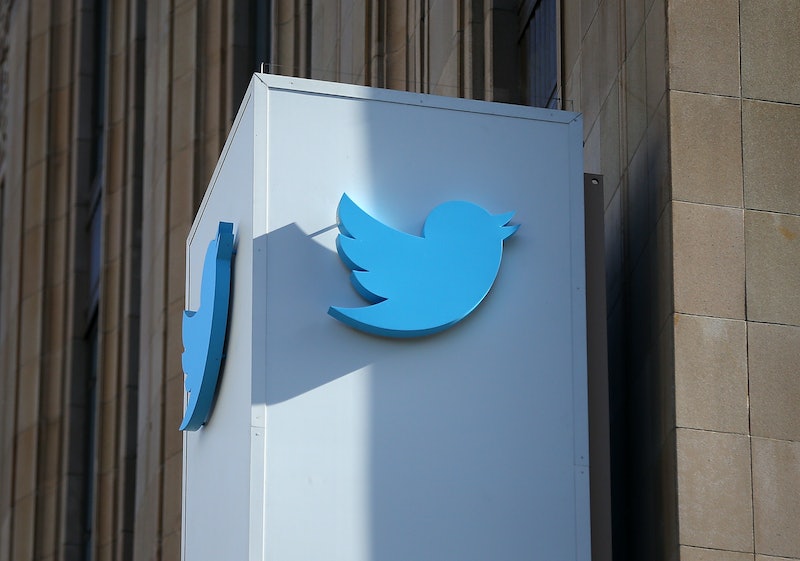 Earlier this month, Twitter officially unveiled a new feature that lets users silence those users they'd rather not hear from — but it comes with a big caveat. Twitter's new mute button won't silence sponsored advertisers' posts. But good try.

In the new system, hitting the "More" button near a user's name brings up the option to mute that Twitter user. Here's how Twitter explains the new feature in a blog post on the change:

In the same way you can turn on device notifications so you never miss a Tweet from your favorite users, you can now mute users you’d like to hear from less. Muting a user on Twitter means their Tweets and Retweets will no longer be visible in your home timeline, and you will no longer receive push or SMS notifications from that user. The muted user will still be able to favorite, reply to and retweet your Tweets; you just won’t see any of that activity in your timeline. The muted user will not know that you’ve muted him/her, and of course you can unmute at any time.

As we've previously written, the new feature is just the thing to "unfollow" your boss or that just-too-Tweety pal without letting them know you're unfollowing them. It's also a great way to temporarily turn off a usually-great Tweeter who suddenly feels compelled to meticulously document a conference they're attending.

But it won't let you shut down sponsored Tweets from advertisers you don't follow, which is the worst. When you click on the "More" button next to sponsored posts, you'll notice the Mute button has mysteriously disappeared. But you get brownie points for trying.

If you're following an advertiser, though, you can go ahead and Mute them if they start getting on your nerves. As Re/Code notes, that could be a pain in the neck for advertisers who rely on data about their number of followers to determine the "reach" of any given Tweet or advertising message.

On the other hand, in lieu of muting advertisers' sponsored posts, you could always block them. But you can be sure that when you block one sponsored Tweet, a new one from another advertiser will soon appear in its place.

More like this
5 Differences Between YouTube Shorts & TikTok
By Emma Carey
Using Your Pet’s Name As A Password? Here’s Why You Might Want To Change It
By Cristina Sanza
What Is A “Softboy?” The TikTok Term & Aesthetic, Explained
By Courtney Young
Why Are TikTokers Slapping Each Other With Tortillas?
By Courtney Young
Get Even More From Bustle — Sign Up For The Newsletter