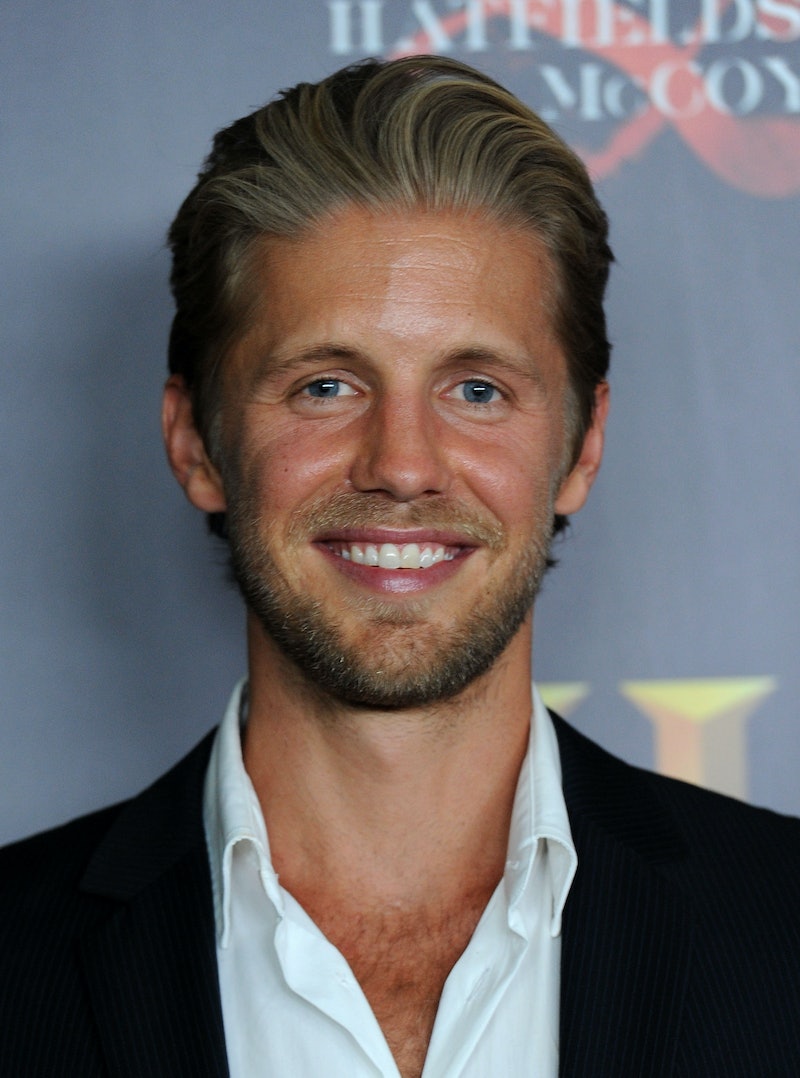 The long dry spell between the end of season one of Sleepy Hollow and the premiere of season two of Sleepy Hollow has been very long and very dry indeed. When we last left Abbie Mills and Ichabod Crane, the Sleepy Hollow season finale had them separated and trapped with their loved ones in peril. Although we all know that Ichabod is going to escape being buried alive and Abbie is going to escape the dollhouse, that hasn't stopped fans from biting their nails in worry while they wait and wait and wait. One Tree Hill alum Matt Barr and House of Cards star Sakina Jaffrey are set to join the cast next season and Sleepy Hollow fans might have a whole new reason to be nervous.

Jaffrey will be playing the recurring guest role of Leena Reyes, Sleepy Hollow's newest sheriff. Frank Irving, played by Orlando Jones, was sent upstate to jail after taking the fall for the murder his teenage daughter committed while she was possessed by a demon, leaving the sheriff's seat pretty empty at a time when the Apocalypse is on its way. Reyes is "smart, forceful, highly trained and commanding", not to mention a former member of the U.S. Border Patrol.

According to the creators at Paleyfest, she's also a lot less open to Abbie and Ichabod's shenanigans than Irving was by the end of season one. In fact, once Abbie and Ichabod free themselves and each other from the trouble they're currently in, they're probably going to find the police department as antagonistic as the Four Horsemen. Jaffrey's role is a welcome one despite her opposition to our heroes. Between Abbie Mills, Jenny Mills, and Katrina Crane, Sleepy Hollow's cast might not be hurting for more female roles, but there's no such thing as too many powerful women.

Barr's role is one with the potential to cause the most controversy. From the very first episode, most fans of the show have ignored the trapped Katrina Crane entirely in order to hope with all of their hearts that Ichabod and Abbie would get together instead. The couple, known as Ichabbie, has even been praised by Tom Mison and Nicole Beharie themselves even though everyone who works on Sleepy Hollow maintains that the two are just friends.

Barr will be playing Nick Hawley, a ruggedly handsome bounty hunter who will be helping Abbie and Ichabod with a case. He's "a loner whose education is masked by a rough-and-tumble demeanor" not to mention his sense of humor and swagger. All of those qualities point to a potential fan favorite character whose recurring role might turn into a main one if Barr plays his cards right — that is, unless he's verbally eviscerated by Ichabbie fans for being Abbie's new love interest.

The spoilers from Paleyfest stated that Abbie would be getting a love interest in season two and Barr being the next person cast after the all-important role of the new sheriff points to him being the prime candidate for some Abbie lovin'. While Ichabod and Abbie's partnership is purely platonic and likely to remain that way considering Ichabod is married and his wife is far from dead, Nick Hawley is going to have his work cut out for him to replace Ichabod as the leading man we all want to see Abbie give her heart to.

Then again, now we've all got more than one reason to tune in when Sleepy Hollow returns in September.