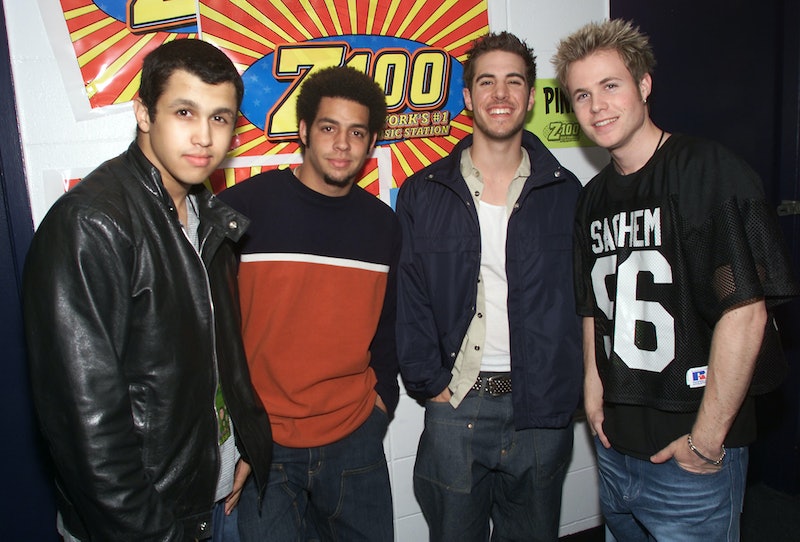 In order to remember O-Town, you would have had to have been listening to them to begin with. During the boy band craze of the '90s, O-Town was kind of not a big deal. There were the giants, like Backstreet Boys and 'N SYNC, but O-Town was more like a one hit wonder that you were only looking for if you really, really, really liked boy bands that much. Even 98 Degrees had more singles going for them than O-Town. So you're forgiven for being confused to hear that O-Town been back together since at least March even though they're only now releasing new music. On the bright side, O-Town's single "Skydive", their first in over ten years, is actually really good. It's no "All or Nothing" or "Liquid Dreams", but that's probably a good thing.

"Skydive" genuinely sounds like O-Town has taken their sound and adopted it for the modern era. Their best songs were ballads, soulful and deep and just the slightest bit narmy, and they know it. The has all of those elements combined with lovely minimalist piano music, echoing effects on their voices, and then a sudden techno backbeat that ties it all together. It pretty much sounds like what you would expect if a '90s boy band decided to release a new song in the new '10s. At least you don't really notice much that Ashley Parker-Angel is gone, even if it's just because you never knew the band members well enough to have known who was singing what.

It's not that "Skydive" isn't a good song. It is a good song and that's not just my nostalgia filter talking. If ever you wanted O-Town to make a comeback, this is certainly the best single to launch them on their way to their upcoming album Lines & Circles. The thing is, how many people were really hoping that O-Town would make a comeback? Even Hanson reuniting was more exciting than this.

While it's interesting to see if O-Town can capture — and hopefully surpass — the level of fame they had before, I can't honestly say that I care that much. The kind of people who listen to boy bands religiously are all busy listening to One Direction and most '90s kids who would remember O-Town are all busy begging the Backstreet Boys and the Spice Girls to go on tour together. There might not be room in the industry for O-Town anymore.