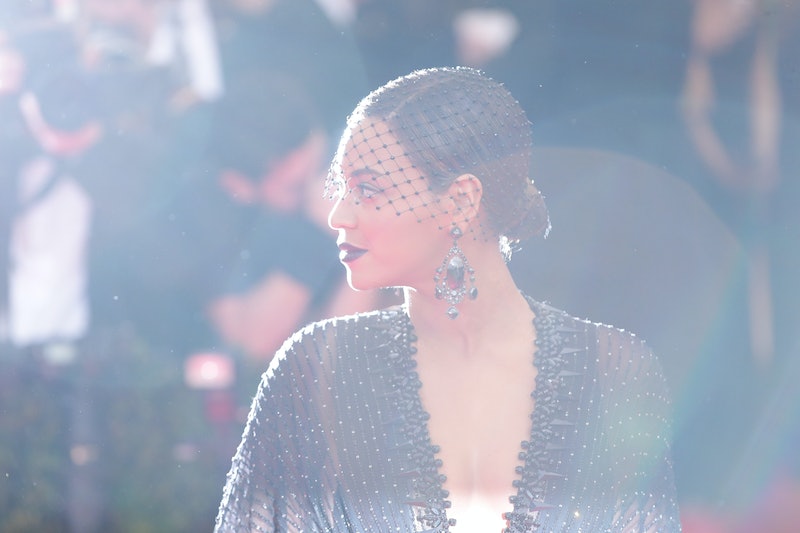 The Beygency may have started as an Andrew Garfield/Saturday Night Live sketch, but it's very much alive and well in most people. When politics and literature icon Maya Angelou passed away, many celebrities used their Twitters to express their sadness over the great loss. Beyoncé was not among them, which might have come as a bit of a surprise to anyone who knows what an inspiration Angelou has been to Queen Bey.

In December 2013, Beyoncé released a "feminist fragrance" called Rise, her third fragrance, which was reported at the time to be inspired by the Maya Angelou poem "Still I Rise". Marsha Brooks, vice president of global marketing for a firm that oversees Beyoncé’s fragrance business, said that Rise would give off a "strong sense of 'overcoming adversity and rising above it all'", which is more or less the heart of the message of Angelou's poem.

Then in April 2014, Beyoncé wished Maya Angelou a happy birthday in an official blog post on her website, calling her one of the greatest authors and poets. Both women of color are active feminists who serve as inspirations to an entire generation, especially to women of color still learning to come out of their shells and finds their voices, so Beyoncé's silence was incredibly noticeable even over the outpouring of love from other celebrities.

Then Beyoncé took to Instagram in order to post her own tribute to Maya Angelou and it was incredibly touching. First, she posted an older picture of Angelou with the caption "Rest in peace phenomenal woman". Then, she posted pictures of handwritten versions of Angelou's poem "Still I Rise".

Beyoncé's tribute was a perfect meeting of past and future, of an established legend and a comparative legend-in-training. As great as Beyoncé is, it's easy to forget that her success is built on the shoulders of those who came before her and built our society up to a place where women like her could excel as she has. For her to give Maya Angelou such a touching send off was a heartwarming moment. Beyoncé may be the Queen, but Angelou wore the crown first.