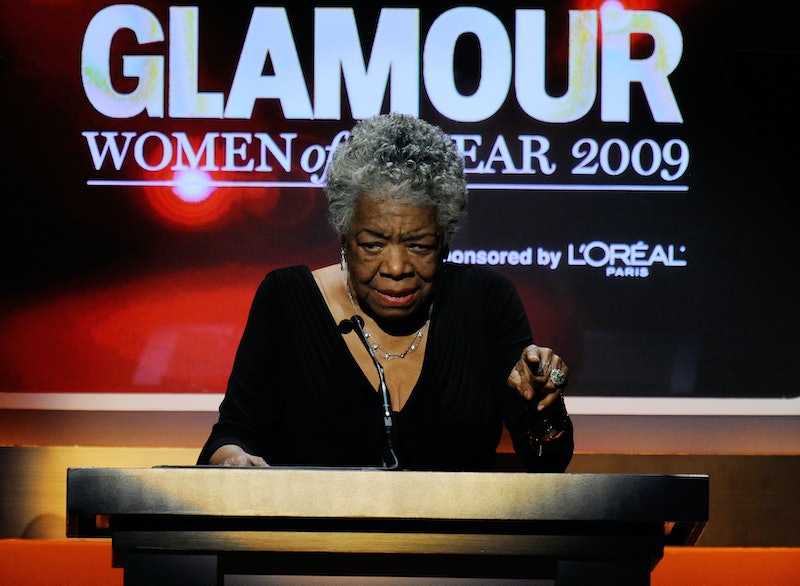 It's still hard to believe that renown poet and civil rights activist Maya Angelou has passed away at the age of 86 on Wednesday and that one of the most influential voices of our generation is gone. Of course, it's unfair to say that Angelou's voice is gone when it lives on in her works and in all of our hearts and minds, but this still feels like a staggering blow to the community. Maya Angelou was a source of inspiration for everyone of every race and her accomplishments will remain legend. In fact, she herself is a legend.

If the reaction to her death is any indication, Angelou made us all feel hope, feel inspired, feel awed, and feel like we were meant for more than just what our upbringings might indicate. She rose from segregation and hate to build a legacy and that legacy will live on forever. That much is clear from the influx of tweets that the news has inspired, from the trending topics of RIP Maya Angelou , Phenomenal Woman and I Know Why The Caged Bird Sings to the celebrities that have chimed in to speak out about how Angelou has changed their lives or inspired them along their own journeys.

Rest in peace, Maya Angelou. You truly will be missed.