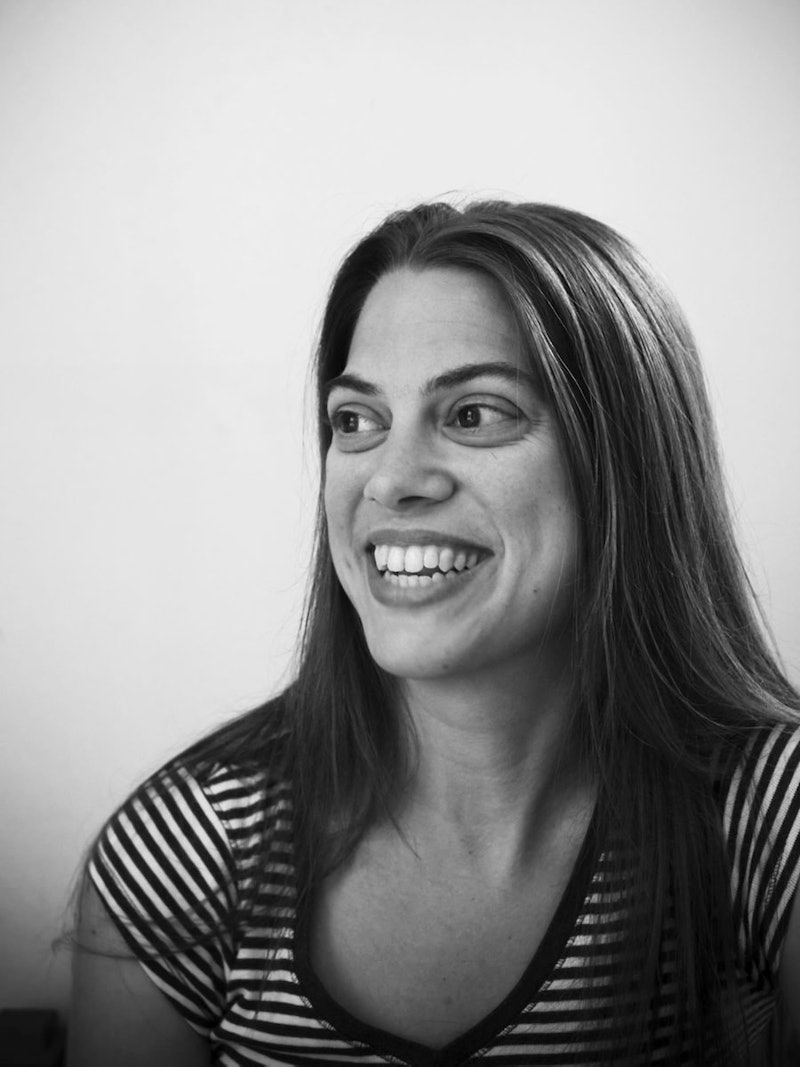 In her debut novel, Shorecliff (Little, Brown), Ursula DeYoung delves into the complicated and shifting dynamics of a New England family, the Hatfields, when they are reunited at a secluded family home for a memorable summer. Much like the decade it captures — the 1920s — Shorecliff is a whimsical, captivating read that's tinged with nostalgia from the first page. The novel is narrated by the ever naive 13-year-old Richard. His talent for listening in on conversations leads him to witness scenes and conversations laced with unexpected scandal, lust, and tension. By the culmination of the summer, everything has changed for Richard and the Hatfields.

Both the vivid characters and the alluring setting remained with me far after I closed the novel — but I was able to immerse myself in the story a bit longer through a conversation with DeYoung, who shed light on the novel's evolution of more than 10 years.

BUSTLE: You’ve spent a lot of time studying the late 18th and early 19th century, and Shorecliff is set in the 1920s. What did you first find captivating about the early 20th century?

Your writing style and language occasionally reminded me of 1920s literature. Do you purposefully attempt to capture the era through style in addition to subject?

To be honest, the style probably unconsciously wore off on me because that’s a lot of what I read, but I also was trying to capture the voice of Richard as narrator. It was a little complicated because I wanted to try and get Richard, this middle aged man, narrating himself at 13, in the 1920s, so there are many layers. Hopefully I managed to pull that off.

The Hatfields are extremely secluded in Shorecliff for the majority of the novel, and in that way it is almost timeless. In what ways did you feel the 1920s did invaded the novel?

One of the primary ways is that Uncle Kurt had been in World War I. He is the person most haunted by this huge catalyst that has just happened and even though they’re off in the middle of nowhere and, as you say, it’s a little bit timeless, he is still haunted by this past. And because their brother died as well in the war, all of the family is remembering the war and has this connection to the war.

Also, there is the whole scandal with Loretta. The social conventions do invade their lives in various ways. All of the sexual relations, like with Tom and Lorelei, are much more scandalous than obviously it would be now than if a teenage boy was sleeping with the neighbor. Even though they’re in the middle of nowhere in this big house, the social conventions still play a big role. From my research and reading, I think the way the characters reacted to that was realistic. You never would have really been able to escape the social conventions growing up in a family like theirs.

There was also a sense of the forbidden with the prohibition.

Yes, that is a third element that also obviously was a big role. Uncle Kurt has to go in to the underbelly of society in order to drink or gamble and all of that. In a way, I also saw that as showing that although some of the family members are keeping up the isolation, some are escaping it and getting out into the outside world.

I think it's interesting to think about if Uncle Kurt was born in a different time. Weekly trips to the bar to drink and gamble would not be considered nearly as scandalous in most families today.

Right, exactly. And also I think partly because that family in particular had a great uncle who ruined the family by doing exactly that, gambling and drinking, it was distressing to them to see Uncle Kurt following in those footsteps.

The protagonist, Richard, is a 13-year-old boy for the majority of the novel. How did you put yourself into the mindset of an adolescent boy?

To be honest, I don’t think I thought about it carefully before I started. I’ve read a lot of books from the male perspective and I was concentrating a lot on his fascination with his cousins and relationship with his parents. Those details could work for either a boy or a girl. It was almost more of a challenge to get his age correct, because as I mentioned earlier it is him as an old man telling about himself as a young boy and I had to make that realistic. I tried to make sure that his fascinations and obsessions were very original but also relatable.

My favorite of Richard’s obsessions was his dictionary that he constantly consulted to understand his relatives, looking up words like “incest” and “bastard.”

Oh yes, the dictionary. Well I wanted to emphasize how little he knew and how sheltered he was. I think a lot of boys his age would have knew some of the words he didn’t, but I wanted to show how unaware he was of the world and how shocking these aspects of reality were to him, and also that he wanted to learn about it. He was so fascinated by his cousins and relatives that he was picking up on every single word that he heard and taking the time to actually go to this dictionary. The dictionary itself is this battered old Victorian thing, which was not very helpful but the best he can do, but even then I sort of wanted to underline both his innocence and his quest to find out what was happening.

And he was an only child.

Yes, unlike his other cousins he didn’t have these older siblings clueing him in to what happens in the world. This also just made him feel even more isolated and even more delighted to be spending the summer with his cousins. This probably meant more to him than any of them because he had no company usually except for his mother.

There is one character in the whole novel who is not a member of the Hatfield clan, Lorelei. Why did you include her? Why not have just the family?

First of all, I wanted a way for the reader to have a glimpse of the family from an outsiders perspective and provide sort of a foil for them so that by contrasting Lorelei with the family as a whole I could show the ways they were similar. Each character is so different, but I also wanted to emphasize how much they came together as a family and really are alike in a lot of ways. By having Lorelei come into their midst and be different from them so radically, I was hoping that would play off the family. I also wanted to have some outside contact so that some of the cousins could be having a sort of escape. Some of the cousins are envious of Tom having Lorelei.

You’ve mentioned that you’ve spent many summers with your siblings and cousins. Were your summers together anything like the summer at Shorecliff?

No, they weren’t! They were not scandal-filled at all. Except for the usual occasional family troubles we were a pretty peaceful family. I have three siblings and three cousins, so there were seven of us. We would stay at our summer house with my mother, her sister, my grandmother, and my great uncle who is nothing like Great uncle Eberhardt. So basically a lot of the games the Hatfield family plays and the good times are much more similar to my experience with my family. And the bad times not so much, but of course those create controversy for the novel. I added in a lot of drama. And again, the setting in the 1920s helped out with that because for the family scandal I was going for, the '20s were a great setting because it was a time of breaking free and desires, but there were still a lot of the old Victorian things that have also not disappeared yet, so there is controversy there.

How did you decide on the location of the novel, Shorecliff, Maine?

I grew up on the North shore of Massachusetts which is geographically quite similar. I grew up on the coast, one minute from the ocean. So I was very familiar with that whole setting, the New England rocky coast. Where I live is very suburban and it’s not isolated at all and I really wanted to have the family house be in the middle of nowhere, somewhere quite wild and with all this open wilderness around them. And also, from a historical point of view, it was very common for New England families and these prominent New York families to have summer houses in Maine.

At times you describe the sea as beautiful, peaceful, and reassuring, and at times it is dangerous and rocky. This tension seemed to carry over into the rest of the book.

I definitely did intent the natural setting to sort of have something of the same qualities in the family. They’re having fun, playing games, and it’s all very innocent and fun, but at the same time there’s this sort of underlying tension and tempers and explosions and scandals. The cliff is also very symbolic, in one way, because they’re all living right next to it about to fall off. I didn’t want it to be totally symbolic. The setting itself in a rural sense has a certain atmosphere, but I can’t deny that there was also a symbolic element to that.

I noticed that same tension again with the wild fox they tamed.

Yes, that’s the same thing. And who wouldn’t want a pet fox? Even as I was writing it I was thinking wow, that would be really cool! In the meantime there is Richard’s reaction that it is sort of horrible in a way, to have this wild thing trapped and lonely so again it’s sort of that tension.

And, of course, I must say: Happy publication! How does it feel to finally made it?

Incredibly satisfying! To be honest, it’s sort of hard to wrap my mind around the fact that it’s now arrived. In one way, it’s been ten years. In another way, two years since my book deal. I’m in New York right now and I just went to the Barnes & Noble right near the apartment where I wrote the first draft of Shorecliff nearly 10 years ago. I saw it on the shelves and it was a pretty amazing moment.