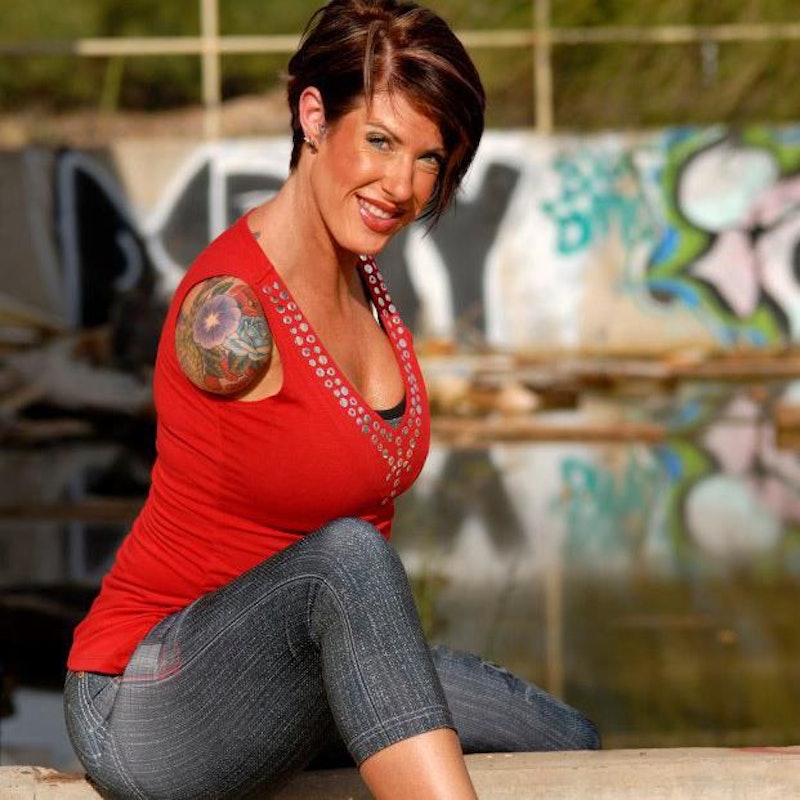 While we all know the crucial benefits of exercising, it can be easy to rationalize away a missed workout with a “Well, it’s been a really long/hard/bad day.” But 37-year-old Barbie Thomas, who lost both arms as a toddler, garnered a standing ovation when she competed at the NPC Junior USA Bodybuilding Championship in North Carolina this past weekend.

Thomas was in a horrific electrical accident that almost killed her when she was only two years old. Doctors weren’t even sure she would live. But as she told the Daily Mail, “God had a different plan for me; I’m still here, healthy, and alive and well.”

Though she lost both arms in the horrible ordeal, she hasn’t let that stop her from pursuing her dream of becoming a bodybuilder. The single mom of two says she used to read about fitness competitions in magazines and began actively participating in the sport in 2003. Despite getting “funny looks” from other bodybuilders, she stuck with it and proved she is just like any other determined athlete. Now, she can not only do everything an average person can do (using her feet to perform most of her daily tasks), she can also hold her own against many of her competitors, even placing in a competition in 2012.

Needless to say, she’s pretty freaking incredible. And I’m not the only one who thinks so. Thomas was the only one in this past weekend’s entire competition to earn a standing ovation, despite that she didn’t even win any major awards. Clearly, her charisma and strength struck a chord with all those in the audience and I'm not surprised. She is living, breathing proof that while there'll always be obstacles (most often, ourselves), hard work really can accomplish anything.