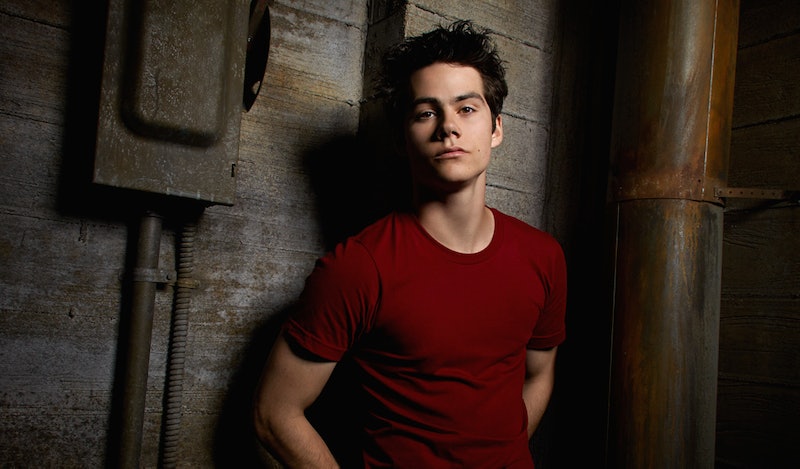 Guys, it's really happening this time. Teen Wolf 's Stiles is finally getting some romance. While us fans are obsessing over the most obvious cliffhanger of Season 3 — What is Kate Argent? — ultimately we all want to know what's next for fan-favorite Stiles.

For three seasons, Stiles has pined for Lydia Martin hopelessly as she goes from one hunk with a bad temper to another. The two briefly shared a kiss in the middle of Season 3, but it was only for the sake of calming Stiles down during a panic attack. Teen Wolf creator Jeff Davis told Tierney Bricker at E! that Stiles will have a blooming relationship with Malia, the girl with whom Stiles kissed (and possibly more) in Season 3 when both were stuck in Eichen House, the mental health facility. It's about time because not only has Stiles been stuck in the friend zone with Lydia, he also had to experience having his mind taken over by an evil one hellbent on creating chaos and killing his friends. So, yeah, Stiles deserves a break romantically or otherwise.

For those who are unfamiliar, Malia is the girl that was believed to be dead for eight years along with her mother and sister due to a car accident. However, it was revealed that she did in fact survive and she was actually living full transformed as a werecoyote and she blames herself for their deaths. She has not yet discovered the further revelation that Peter Hale is her biological father. So how will Stiles and Malia's romance grow? And what does this mean for Stiles and Lydia?

In the last few scenes of the Season 3 finale, we saw Scott training Malia on how to control her shifts into werecoyote. As we know, Stiles is Scott's best friend and therefore was the first in his pack. Malia and Stiles have plenty of opportunities for romantic tension and scenes when trying to save Beacon Hills together with Scott. She also joined Beacon Hills High School so they'll be spending lots of time together.

2. Stiles and Malia Bond Over The Deaths Of Their Family Members

Both Stiles and Malia have lost their mothers and that kind of similarity can bring two people together. Perhaps Stiles finds that connection with Malia which deepens more and more and that's why the romance between these two will grow past attraction. Malia also lost a sibling and was responsible for their murders and Stiles, while possessed by the Nogitsune, killed a few people and almost killed his friends many times. No one else can understand each other's pain and inner conflict quite like these two.

3. Stiles Helps Malia Process The News About Her Father

Malia has yet to find out that Derek's uncle Peter is her biological father. What will she do with that information? How will she handle it? If the romance between Stiles and Malia is going to blossom, it makes sense that he would be there to help her through this really difficult time.

4. Lydia Realizes She Likes Stiles, But Won't Reveal It

Perhaps seeing Stiles and Malia together will finally make Lydia realize she does in fact have feelings for Stiles, but considering her toughness and the fact that they are good friends now, she won't ruin the new romance by revealing it to him. Plus Davis also told E! that Lydia and Malia will team up in Season 4 instead of fighting over boys. Davis is not a fan of love triangles so we'll have to wait even longer for Stiles and Lydia to finally get together, if it ever happens that is.