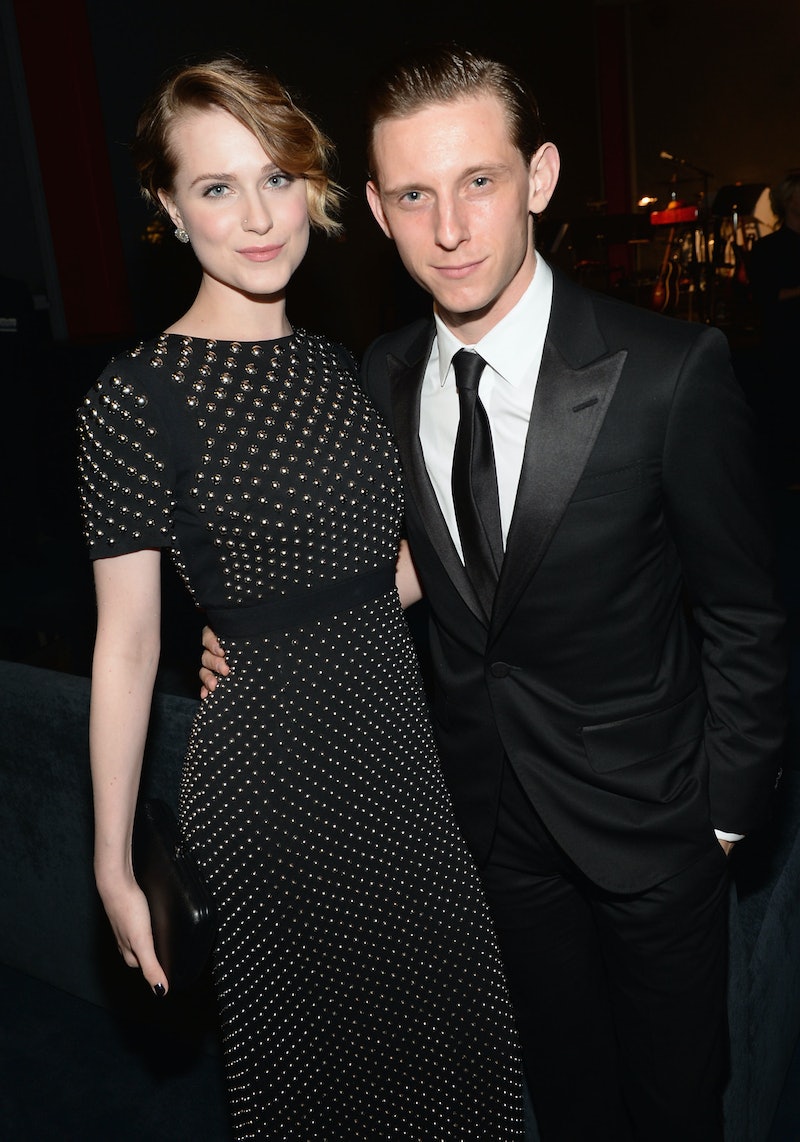 And another one bites the dust. After nearly two years of marriage and a year after the birth of their son, Evan Rachel Wood and Jamie Bell have split, Us Weekly announced on Wednesday. But, really, don't worry because — in true Hollywood fashion — they're still friends. This announcement comes a just a few months after Bell was cast in the Fantastic 4 reboot and its sequel and Wood tweeted about her crush on Milla Jovovich — was Bell not as cool about it as she thought?

The couple's rep released an exclusive statement to the magazine stating that Wood and Bell "both love and respect one another and will of course remain committed to co-parenting their son. This is a mutual decision and the two remain close friends." The 26-year-old actress and 28-year-old actor first met 10 years ago on the set of the video shoot for Green Day's "Wake Me Up When September Ends," tied the knot in Oct. 2012, and had their first child together in July 2013. So, I guess, as long as they're still friends that lengthy relationship wasn't for naught — hopefully their co-parenting goes as well as Miranda Kerr and Orlando Bloom's and Hilary Duff and Mike Comrie's.

A source told Us Weekly, "They love each other so much but it just wasn't right." Well, something's not right — as of Wednesday, Jamie Bell's Twitter account is no longer active and just as their split announcement hit the Internet, Wood tweeted that she was taking a social media break as well:

"...to be continued," in a divorce announcement? Or is there a photo of Wood getting her tattoo Bell's initials removed in the works?

More like this
‘RHOA’s Shereé Whitfield’s Boyfriend Tyrone Gilliams Hinted He’s Single
By Brad Witter
At 28, Rachel Dratch Was Mingling With Steve Carell & Inhaling Secondhand Smoke
By Samantha Leach
Kendall Jenner & Devin Booker Reportedly Broke Up After 2 Years Of Dating
By Jordyn Tilchen
Justin & Hailey Bieber's Bond Is "Unbreakable" Amid His Ramsay Hunt Diagnosis
By Bustle Editors
Get Even More From Bustle — Sign Up For The Newsletter