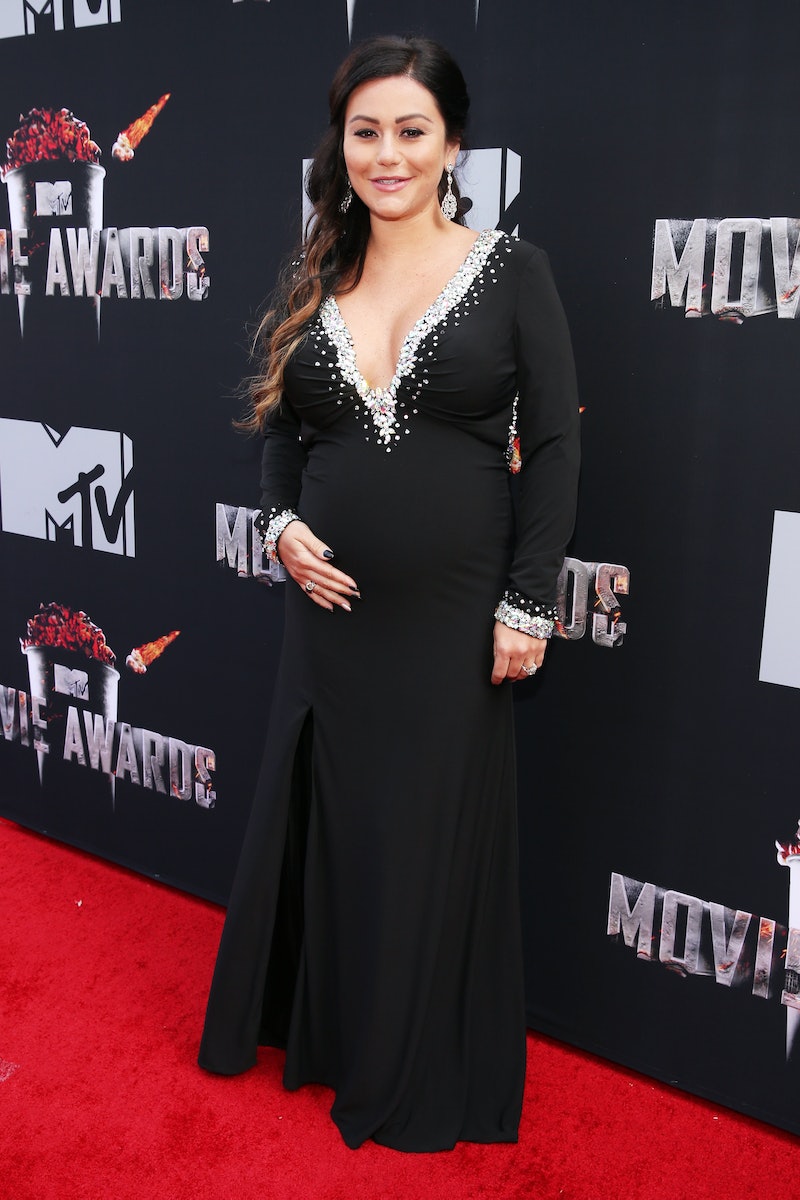 There are always a slew of celebrities pregnant at the same time and it can be hard to keep track of them all. Not that you really need to keep track of them all, but if you're a fan of a certain one, you might want to know when they're welcoming their little bundle of joy. (Or you can keep track of all of them. To each their own.) For instance, if you were hooked on watching Jersey Shore, you may want to know when JWoww's baby is due. You gotta know when Jersey Shore's second generation gets its newest member after all!

Jenni "JWoww" Farley is due in July. The reality star has shared updates about her pregnancy on her website all along, so there are no guesses here. JWoww announced that she was pregnant on Christmas writing on her blog, "Merry Christmas from within! Roger and I couldn't have asked for a better Christmas gift this year!" In January, JWoww revealed that she and fiancé Roger Mathews are expecting a girl.

JWoww is currently seven months along. In April, she wrote a blog post about being at six months and explained some issues she was facing with her pregnancy. She had a "low lying placenta" and her daughter's brain had a cyst on it that occurs in one to two percent of pregnancies. Both of these issues have since cleared up.

Snooki & JWoww returns to MTV this summer for season four which will show both ladies during their pregnancies. JWoww might even get to take in a couple episodes while taking care of her new baby. If she has time, of course.