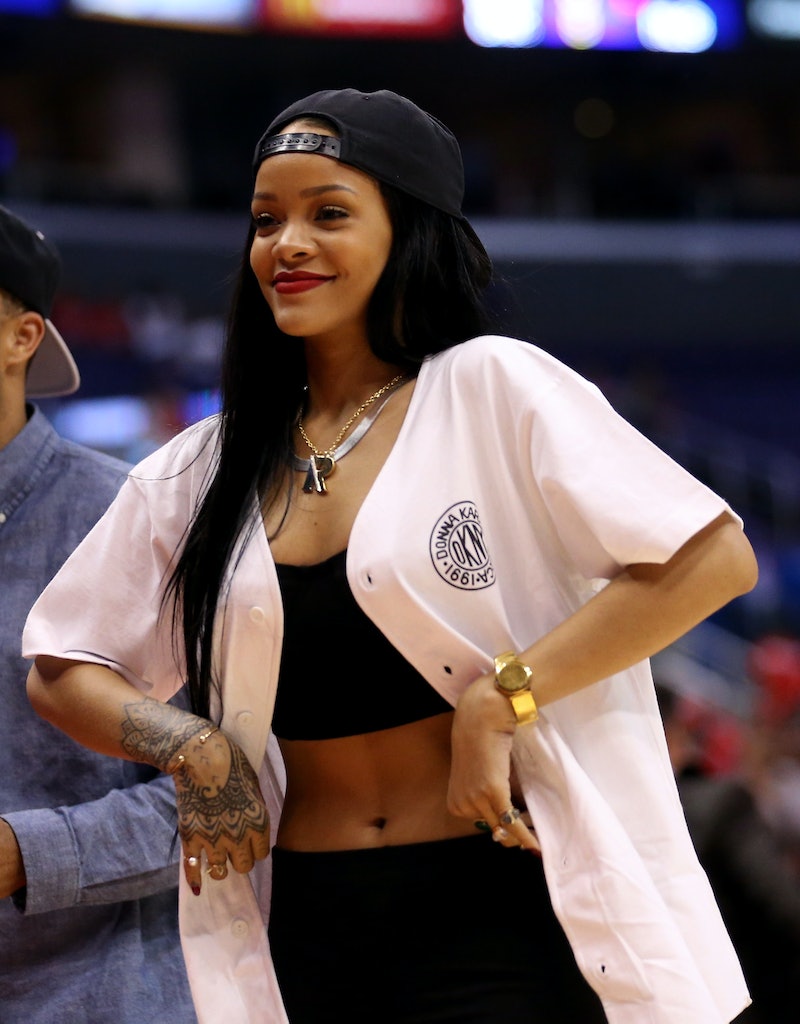 So, as you probably know, nipples are not free. They are bound by bras, bikinis, shirts, and oh yeah — Instagram. But fortunately, celebrities are pro-nipple, and Rihanna has now joined the #FreeTheNipple campaign, following in Scout Willis's footsteps in an effort to allow topless pics on Instagram. If you can walk around topless legally, why can't ya show 'em on Instagram? WHY ALL THE NIPPLE SHAME?!

You get it. And you probably also aren't totally surprised that RiRi joined the campaign — Rihanna is definitely pro nipple. Hell, her nipples show up to Nets games. She shows her nips all the time! She also had her Instagram account taken down reportedly on account of her topless pics, so of course she has joined the brigade.

The thing is, though, is that she hasn't totally voiced her opinion — or even posted a pic to Twitter. She simply retweeted an article about Scout Willis's effort to change Instagram's policy regarding topless pics. The article she tweeted wasn't censored — it showed Scout's nips, just as Scout wants it to be. So apparently, we now know that nipples are okay on Twitter, but thou shalt not nip on Instagram. Social media, you split personality, you.

As this nipple rights campaign gains more traction with more celebrity (re)tweets like Rihanna's, perhaps Instagram will start allowing nipples to run free in the way that New York City allows women to frolic sans shirts. Women can walk around topless in the Big Apple, yet most of us don't ... but at least we have the option. Instagram should know that just because people can post their boobs doesn't mean they will.