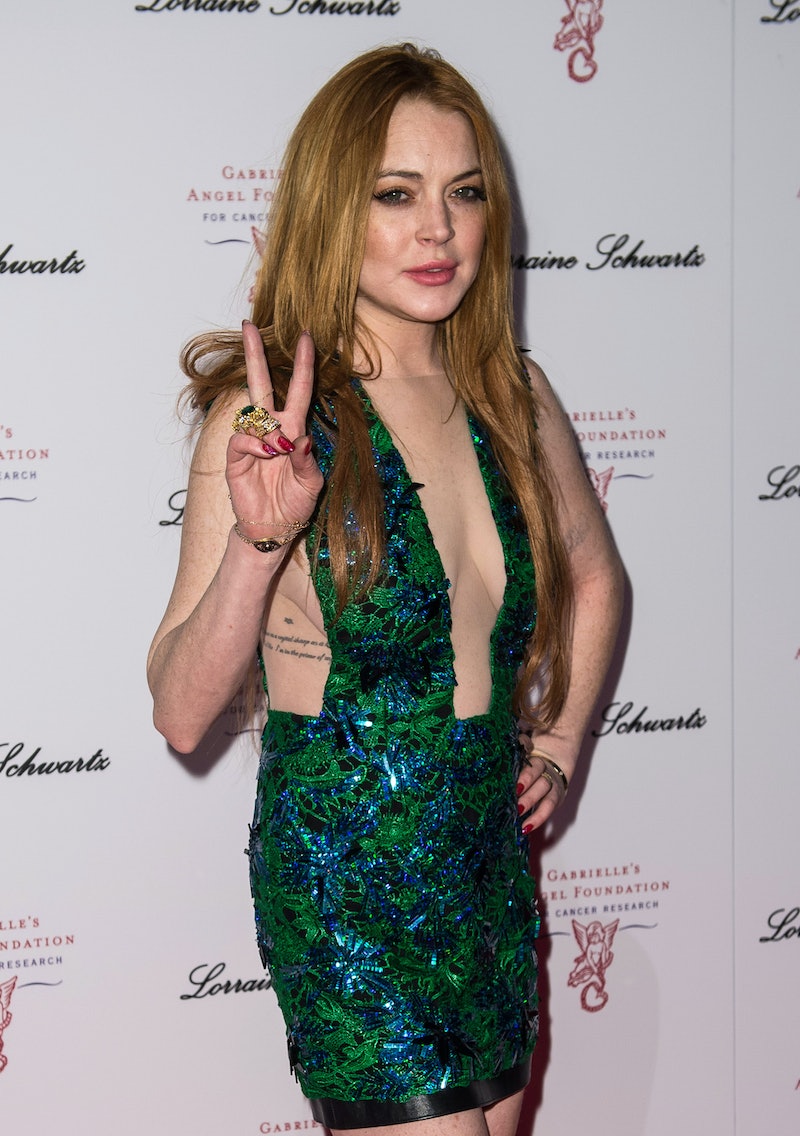 This week, the New York Post published an article on the burgeoning phenomenon of keeping "sex lists." In the piece, Annie Daly writes that keeping track of sexual partners (in list form) is increasingly common among millennials. The issue has surfaced in light of the infamous Lindsay Lohan sex list of 36 people, which includes celebrities like Ashton Kutcher, Zac Efron, and James Franco.Daly claims that this practice isn't just limited to the likes of celebrities, whose sexual conquests are far more list-worthy than those of us normal people. Apparently, young people are writing down who they've slept with more than ever before. While I've never created a list, as I'm terrified someone could find it, I'm surprised to discover that many of my friends have — and maybe that's a good thing.

Emily Morse, host of the podcast "Sex with Emily," tells the Post that list-making is how millennials are making sense their messy sexual histories. "Millennials are delaying marriage more, which means they're sleeping with more people before they settle down — so more are choosing to keep written lists since it's harder to keep track otherwise."Rachel Sussman, a relationship therapist, echoes this sentiment, telling the Post that there is a constructive value to the practice. "What people don’t realize is that who you sleep with represents what you believed and where you were in life at the time. So you can use your list to analyze your past behavior, look for potentially problematic patterns, and, thus, make better decisions in the future.”For many, keeping a sex inventory is a strictly practical exercise. 26-year-old Scott Muska, a freelance writer from Bed-Stuy who is quoted in the article, uses his list to analyze his personal growth. One of my friends, a 23-year-old I'll call Nina, tells me she keeps a list ("in an email draft," so she can add to it) for "analytic purposes...and also, because otherwise I'd forget."Keeping a list of hook-ups, somewhere safe and VERY hidden, can be a healthy way to reach a deeper awareness of who (and what) you've liked, what you haven't, and whether there are any patterns in your sexual history you may not have otherwise noticed. The practice is less healthy when the sex inventory is created to keep track of the number of people you've slept with, so as to stay below an arbitrary number. In February, I wrote a piece on the harmful politics of "kill counts," a popular concept that has the tendency to shame women for their number of sexual encounters, while glorifying men for their number of "conquests." Similarly, I have concerns about women who might make these lists to obsess and ruminate over past sexual regrets, of which we all have many. So many."A better way to approach it is to ask yourself questions about your behavior during the deed,” Morse tells the Post. “Did you speak up for what you wanted? Did you use protection? That’s where you can truly evaluate your growth."