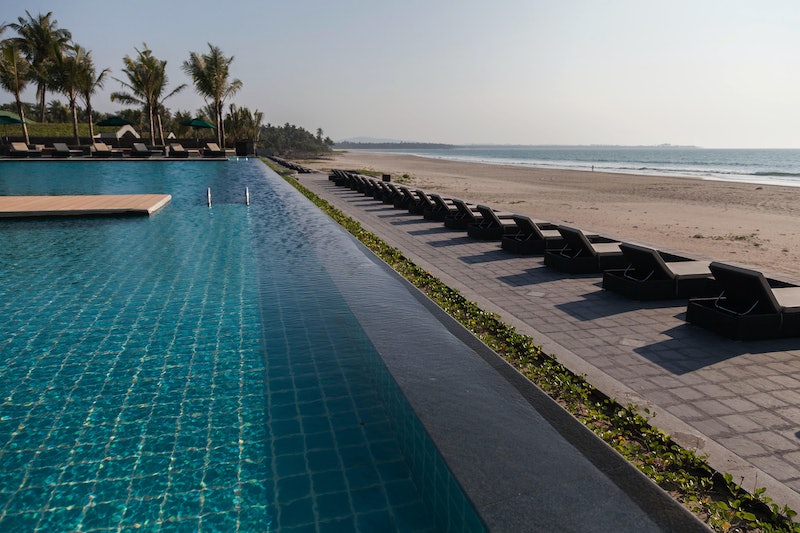 Summer is finally here, and after that winter we had, the thought of jumping into a swimming pool on a hot day is heavenly. If you have kids, however, there's a laundry list of precautions and safety tips to consider, including one hidden danger that few people have heard about. Secondary drowning can occur hours or even days after kids are done swimming, and can sneak up on pretty much anyone.

It may not be too common, but it's often fatal — yes, literally a parent's worst nightmare. Here's what you need to know about it...

That small amount of liquid can cause inflammation and lead your body to push even more water into the lungs, resulting in a condition called pulmonary edema. If untreated, the person will eventually stop breathing and drown in their own body fluids.

How It Can Happen

Swimming pools may pose the greatest risk for toddlers and drowning injuries, but secondary drowning can occur anywhere with water, including the ocean and even the bathtub. As little as four ounces of water is enough to impact lung function, rendering them unable to deliver oxygen to the bloodstream.

"Depending on what's in the fluid, it can have numerous effects on the lung," Epstein continued to ABC. "One of the things that keeps the breathing bubbles in your lungs — alveoli — open is a chemical called surfactant, which can get diluted [when fluid enters the lungs]."

As a result, the body reacts by sending in other fluids to help and flooding your lungs. The component in the fluid likely responsible for diluting the surfactant? Chlorine.

What to Watch For

It goes without saying that you should be closely supervising your kids at the pool or ocean, but even if you're watching them like a hawk — or a tiger mom — kids will be kids. If you see them come out of the water coughing, keep an eye on them for as long as you can after they're done swimming.

Symptoms may not appear for up to 72 hours after swimming, but look out for unusual fatigue and lethargy, coughing, pale skin, shortness of breath, and difficulty breathing.

Sure, this may be just one more thing parents have to worry about, and it may annoy your kids because it means closer supervision, but better safe than sorry.

Now that you're equipped with this knowledge, go enjoy the summer!

More like this
13 Non-Toxic Sunscreens Under £35, So You Can Glow Responsibly
By Lauren Sharkey, Rebecca Fearn and Jessica Morgan
So You're Having A Medication Abortion
By Dana Smith
Boris Johnson’s Leadership Is In Question – Again
By Bustle UK
Every Single Big & Small Way You Can Fight For Abortion Rights
By Tess Garcia
Get Even More From Bustle — Sign Up For The Newsletter