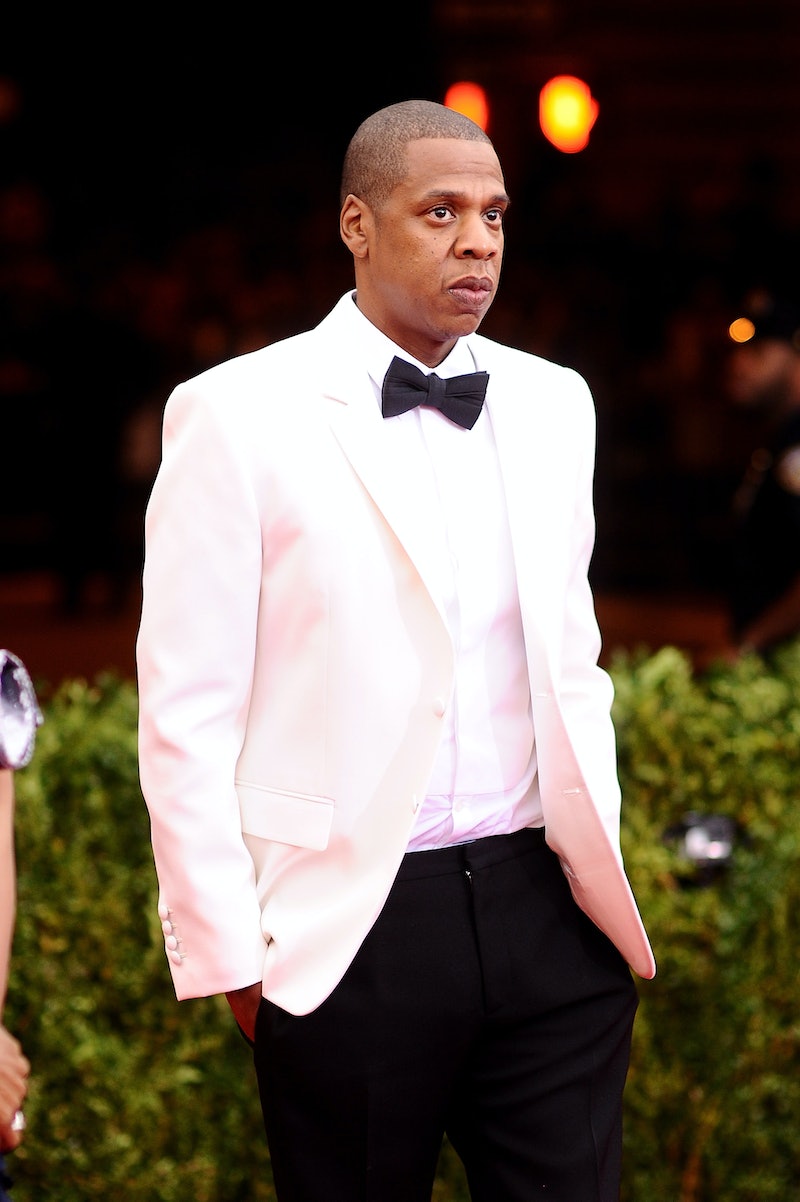 While Elevatorgate served as an unlikely promotional tool for Solange's music, it's evidently had the opposite effect on Jay Z's business affairs. Over the past few weeks, he fended off an enraged sister-in-law and was summoned to court over the Roc-A-Fella logo. Now, according to reports, Jay Z has parted ways with his business partner John Meneilly.

This makes the outlook on the Life + Times of Jay Z appear slightly less fabulous than that superstar-studded "Run" trailer would have everyone believe. Are things really as shaky as they appear to be, or is this just another day in the life of the hip hop great-turned-executive?

No confirmation on if Meneilly's departure was voluntary, but the news still raises brows based on the fact that up until now, he's played a crucial role Jay Z's advancement from a musician to a mogul. For the past 10+ years, Meneilly's been instrumental in the success of the Rocawear clothing line and the historic Samsung deal that helped Jay go platinum before his Magna Carta Holy Grail album was even released. Meneilly also worked with Roc Nation, a record label and talent management group that recently acquired Rihanna as a client, in addition to its superstar roster that already included basketball, baseball and boxing stars.

Regardless of the nature of the split between the rapper and Meneilly, who he reportedly referred to as his "consigliere", Jay Z will more than likely deal with this latest situation in the same manner of Elevatorgate. He'll allow time for public consumption, followed by rampant speculation. When our interest reaches its peak, he'll release a brief statement that assures us all is well in his camp. But by the time we can properly dissect and read between the lines of a PC press release, he'll be on to the next.