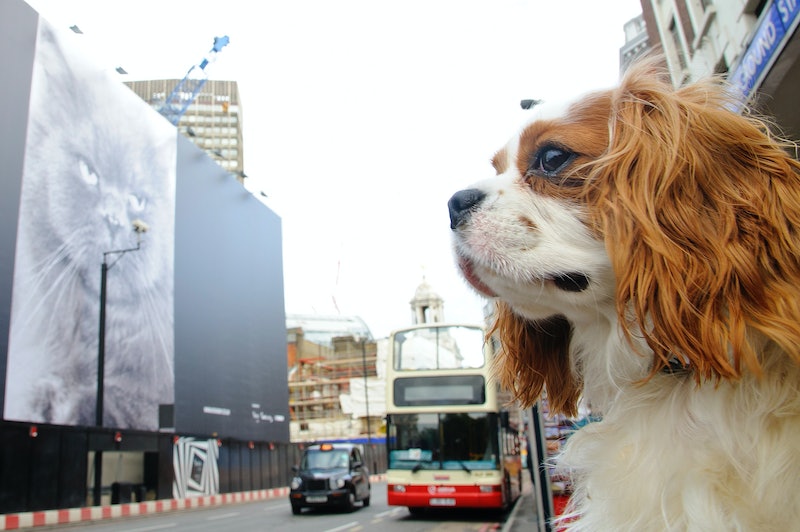 Remember that scene from the very beginning of 101 Dalmatians where Pongo is watching (with varying degrees of horror) eight zillion dogs and their owners walk by? As it turns out, that scene wasn’t too far off the mark — pet owners really are like their pets. Or are the pets more like the owners? Either way, I’ve got some unfortunate news for dog lovers today: Cat people are smarter than dog people, according to a new study presented at the 2014 Annual Association for Psychological Science meeting. Um…sorry?

The study, which surveyed 600 college students, asked participants to identify themselves as dog lovers or cat lovers, as well as to describe the qualities they looked for in their pets. Apparently there are more dog lovers in the world that cat lovers; 60 percent of the participants said they preferred dogs, while only a paltry 11 percent said they preferred cats. The remaining 29 percent said they either liked both animals, or neither of them. But hey, there’s good news, too: Although cat people scored higher on an intelligence test, dog people tend to be more lively, energetic, and outgoing; they also tend to follow rules more closely. Cat folk, meanwhile, are more introverted and sensitive than dog lovers, but also more open-minded and non-conformist. Also, I can’t seem to find any information about what this “intelligence test” actually consisted of (you had one job, Google!), so maybe it’s one of those things we should take with a grain of salt anyway.

It is worth noting, though, that a lot of the data found in this new study is backed up by previous research. A 2010 study conducted by researchers at the University of Texas – Austin surveyed over 4,500 participants, measuring them on the Big Five personality dimensions with regards to whether they considered themselves dog people or cat people. The study found that there are “significant differences on major personality traits between dog people and cat people”; dog people, for example, were found to be more sociable and conscientious, with a preference for planned behavior over spontaneous behavior. Cat people were more neurotic than dog people, but they also had more general appreciation for art, emotion, imagination, and unusual ideas.

According to 2014 study researcher Denise Guastello, a lot of the differences between dog and cat people have to do with the types of environments they each prefer: “It makes sense that a dog person is going to be more lively, because they’re going to want to be out there, outside, talking to people, bringing their dog,” she noted. “Whereas if you’re more introverted and sensitive, maybe you’re more at home reading a book, and your cat doesn’t need to go outside for a walk.”

Whatever the results of either of these studies are, though, at least your dog- and cat-people friends don’t display their similar behaviors in the same ways their four-legged companions do. If real life were anything like this video… well, let’s just say that we’d probably all be a lot less sociable:

More like this
21 Absolutely Adorable Christmas Gifts For Dogs
By Carolyn Steber
If You Have Pets, You Probably Don't Realize You're Making These Common Mistakes
By Mackenzie Edwards
6 Steps For A Successful Healing Manifestation Ritual
By Kristine Fellizar
10 Organizations To Support On Latinx Women's Equal Pay Day
By Caroline Burke and Mia Mercado
Get Even More From Bustle — Sign Up For The Newsletter