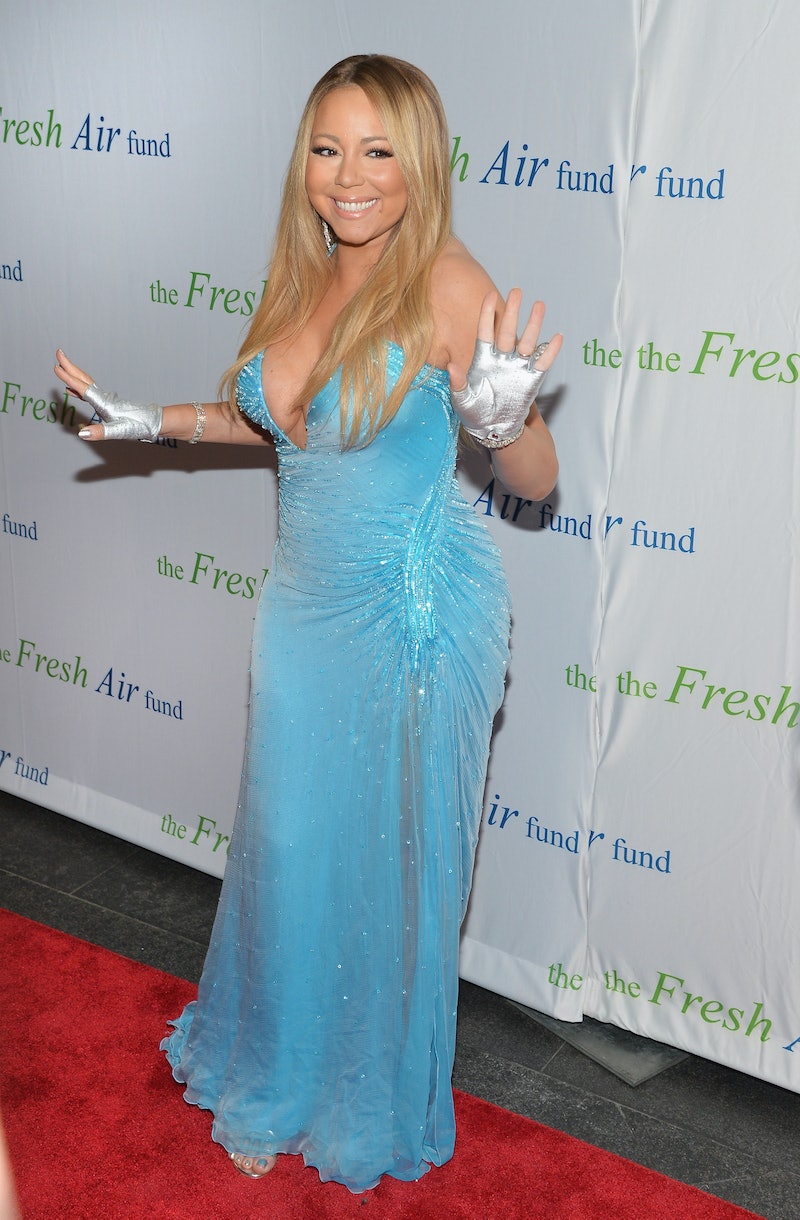 Singer and fingerless glove connoisseur Mariah Carey went where no Mariah Carey has gone before on Thursday night: The D train at 205th Street in the Bronx. That's right, the Mariah Carey rode the New York City subway in a sparkly blue gown after hosting the Fresh Air Fund Gala at NYC's Chelsea Piers. Apparently, Carey along with producer Jermaine Dupri and BET Music Programming President Stephen Hill, hopped on to the subway after the gala and decided to ride all the way to the Bronx and back. In one of the photos Carey posted, you can see that they are on the 1 train, but in a regram from Dupri, he mentions the D. It seems this was a looong subway ride.

The best thing about Carey's subway ride — Okay, there's two best things. One is that she posted photos and videos (!!!) of the excursion online and the other is imagining the thoughts of people on the train around her. For example,

Seriously, though, who took these pictures? A bodyguard?

As is this wasn't enough Mariah Carey on the subway for you, she also posted a series of videos on Vine showing her approaching the subway station and doing fabulously Mariah things like spinning in her dress and saying, "It's like sparkles against filth."

More like this
Stormi Just Walked A Red Carpet With Mommy Kylie Jenner & Daddy Travis Scott
By Hugh McIntyre
Doja Cat Wore Surrealist-Inspired Schiaparelli To The BBMAs
By Dominique Norman
Britney Spears Met The Weeknd & Sam Levinson, So She May Actually Be On 'The Idol'
By Jake Viswanath
Kim Kardashian Reacts To Kanye West’s Diss Song “Eazy” On 'The Kardashians'
By Jake Viswanath
Get Even More From Bustle — Sign Up For The Newsletter