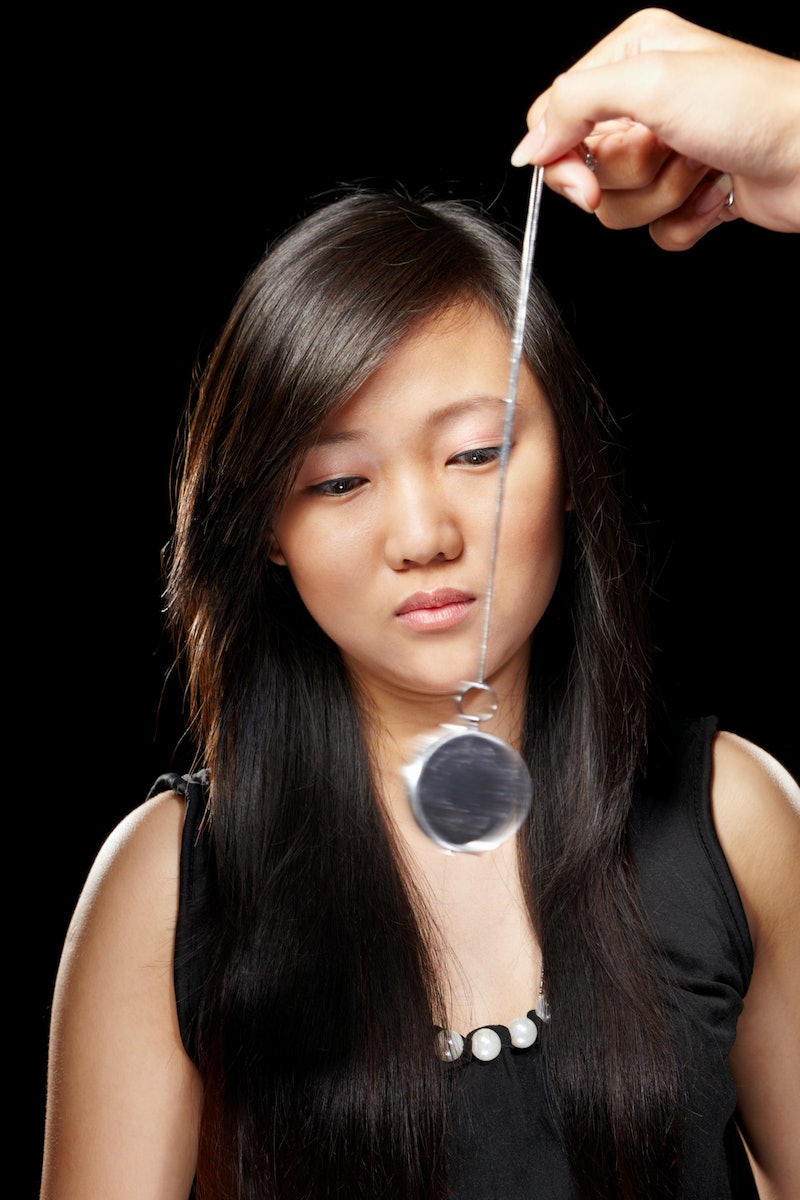 Still losing sleep over the one who got away? A new treatment (that's actually an old treatment) may help you get over a breakup more quickly than you ever thought possible. Women who have tried hypnotherapy for breakups report that it packs a therapeutic punch, allowing them to get over lost and ill-fated loves without drugs or extended treatment. The sessions, which often incorporate visualization and breathing exercises, can enable the broken-hearted to change subconscious thought patterns and reshape their emotions.

Apparently hypnotherapy is enjoying a general resurgence in popularity, as judged by the "Virtual Gastric Band" app we discussed recently as well. This isn't really surprising, because hypnotherapy promises benefits without any work on the patient's part, and quickly! People who are still experiencing acute romantic distress that interferes with their daily lives understandably want to make it stop as soon as possible, not after years of sessions on the black couch. But does hypnosis work?

Yes, and no. Hypnosis does induce a focused but less emotional mental state in patients, and this can help them notice thoughts and memories without overreacting to them. But hypnosis is no cure-all, and it's usually used best in combination with other therapies. Also, even if the hypnotherapy is somewhat effective, there is some danger that hypnosis patients might be allowing the hypnotherapy to distract them from other, more effective treatments. In this case, it would be bad for women if they used hypnotherapy to get over the surface symptoms and pain of a breakup, without getting to the root of the problem. If the underlying concern is really a self-esteem issue, depression, or anxiety disorder, the patient will be at risk of repeating the pattern in the future without further treatment.

For everyone who's ever experienced a broken heart already or who may suffer this sad fate in the future, have hope! There are more relationship management technologies on the way. Psychologists and ethicist Brian D. Earp is especially well-known for his work on using "love-diminishing interventions" carefully to discourage inappropriate romantic attachments. In cases where, for example, a woman remains neurochemically bonded with her abuser despite knowing she should leave, administering certain neurotransmitters could potentially help to dispel the feelings of love so she can take constructive steps towards moving on with her life more quickly. But this work is in its infancy, so for now you might just have to curl up with some ice cream and take your tainted love the old-fashioned way.