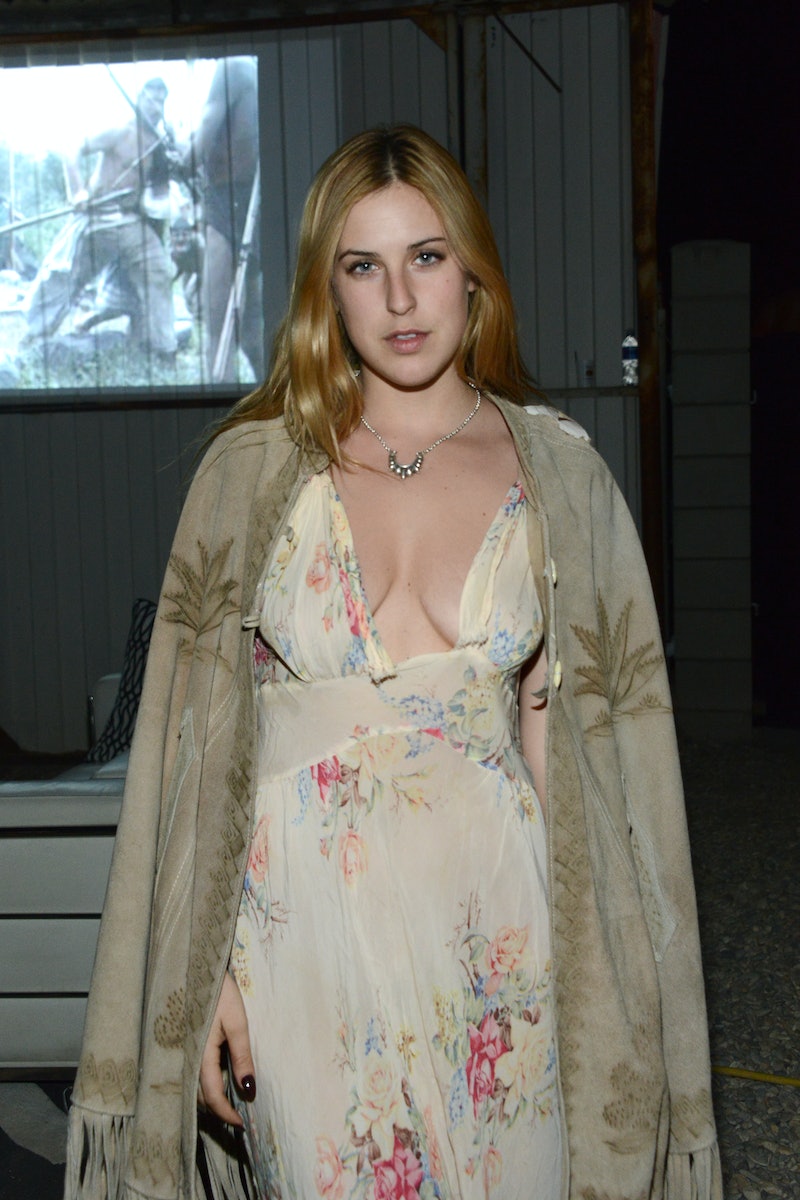 When those photos of a topless Scout Willis were passed around the Internet last week, there was reason to be wary; the 22-year-old is the rich, privileged daughter of celebrity parents, and it was hard to believe that the pictures weren't just the results of a spoiled kid's boredom or need for attention. Yet a few days later, opinions changed when Willis began addressing the reasons behind her #FreetheNipple campaign, saying that the photos were about female empowerment, not causing a stir. Still, plenty of people had their doubts; even if Willis' motives were good, could a celebrity kid walking around topless really be taken seriously? An essay on XOJane published on Monday, however, should change the minds of even Willis' biggest doubters; explaining her actions, the activist comes off as a smart, eloquent, feminist who's using her fame to take a stand against inequality.

In the editorial, Willis recaps the events that led to the now-famous topless NYC walk, beginning with her decision to post photos on Instagram of herself wearing a sheer top and of a jacket featuring a picture of two topless friends. Due to her "instances of abuse" — re: toplessness in photos — the service deleted her account. Angered, Willis chose to make a stand against Instagram's policies by walking around New York City while topless and posting proof on Twitter. Quickly and predictably, the photos blew up, due in large part to Willis' celebrity heritage.

"A group here in New York called Topless Pulp gathers in parks to read topless regularly, and the Free The Nipple campaign has been protesting for the same rights for the last four years," Willis said. "If my coming from a high-profile family could help spread their message, so be it."

Her motivation for the photos came from outrage that Instagram refuses to allow users to post any topless photos, regardless of the context; women breastfeeding or showing off mastectomy tattoos, for instance, would be reported, as long as their nipples are visible, "while photos sans nipple -- degrading as they might be -- remain unchallenged."

Said Willis, "Why can’t a mother proudly breastfeed her child in public without feeling sexualized? Why is a 17-year-old girl being asked to leave her own prom because a group of fathers find her too provocative? Why should I feel overly exposed because I choose not to wear a bra?"

Yet "what began as a challenge to Instagram and its prejudiced community guidelines became an opportunity for dialogue," she explained.

As Willis notes, the photos have inspired conversation on topics like body positivity, gender inequality, and slut shaming, among others. And although her actions may not have solved any major issue, they're provoking "necessary and sorely lacking" discussion on women's rights. If that's thanks to Willis' fame, then all the better; as she acknowledges, her celebrity gives her "a platform that helps make body politics newsworthy."

Whether you've supported her cause from the beginning or are just getting on board now, Willis' editorial is worth reading; it's well-written and important, about far more than just her own grudge against Instagram. It's the rare occurrence of a person famous just for being famous — although in Willis' case, that's not her fault — using her celebrity for good, to promote causes and spread messages that might not otherwise get the attention they deserve.

"What I am arguing for is a woman’s right to choose how she represents her body -- and to make that choice based on personal desire and not a fear of how people will react to her or how society will judge her," Willis said. "No woman should be made to feel ashamed of her body."

More like this
Olivia Munn Got Real About How Her Body Hasn’t “Snapped Back” Post-Pregnancy
By Stephanie Topacio Long
Adele’s All-Female Lineup Includes Kacey Musgraves, Mahalia, & Self Esteem
By Shahed Ezaydi
I Have Eyebrow Alopecia – & Microblading Gave Me My Confidence Back
By Jessica Morgan
Zooey Deschanel Can't Be Anyone But Herself
By Samantha Leach
Get Even More From Bustle — Sign Up For The Newsletter