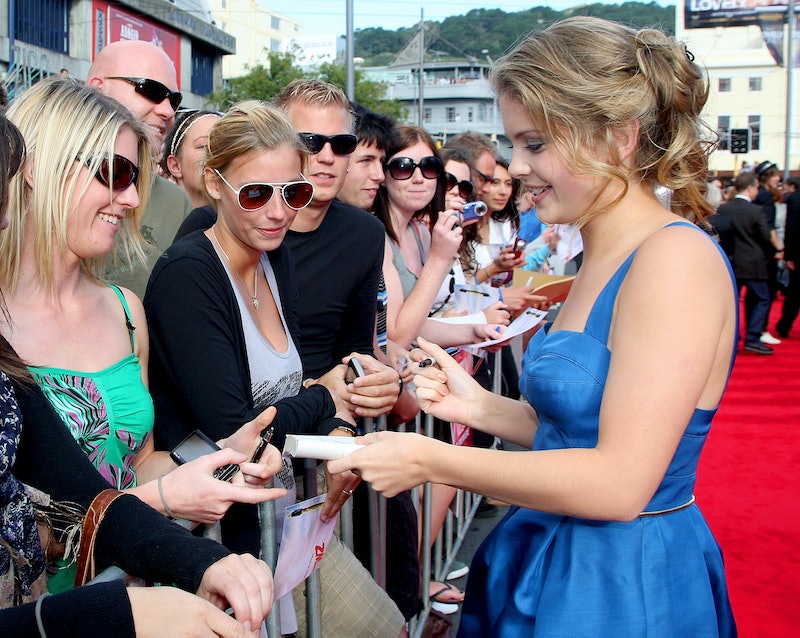 Last week, the creators of ABC's Once Upon A Time revealed that Tinkerbell will appear in the show's upcoming third season, and today they announced who will play everyone's favorite fairy. Twenty-four-year-old Rose McIver has been cast — the actress is best known for her role as Lindsey Salmon in The Lovely Bones.

With her blonde hair and youthful features, McIver certainly looks the part of Tinkerbell — but a very traditional Tink, and that may not be a good thing. Once loves to alter the stories of its classic characters and the second season finale showed that this year, the series' main villain will be Peter Pan. This Pan is much more sinister than what you're used to, children fear the shadow who comes to their windows, as he steals boys from their homes and forces them to live in Fantasyland, where they spend their lives crying for their families.

Since Tinkerbell is his sidekick (in the original story anyway), we might be in for a much darker fairy too. If so, McIver will have some work to do as she seems much more suited for an innocent, glittering fairy than one who aids in kidnapping. Series creator Adam Horowitz also said at Comic-Con that, "How we introduce her and who she is [will] hopefully be surprising. We're going to find that she has a surprising connection to someone." They already eliminated Captain Hook as her possible connection, so it could really be anyone.

Tinkerbell won't be the only new addition to Once next season. Just when it seemed like Once had all the fairytale characters it could squeeze in, they added Aladdin villain Jafar, played by Lost's Naveen Andrews (but curiously, no Aladdin or Jasmine). It also looks like Little Mermaid Ariel will be headed to Storybrooke, as the preview below shows, but they don't reveal which actress the bright red hair belongs to.

The third season of Once Upon A Time premieres on Sunday, September 29, so we'll have to wait and see how McIver does as Tink, and who's combing their hair with a fork.