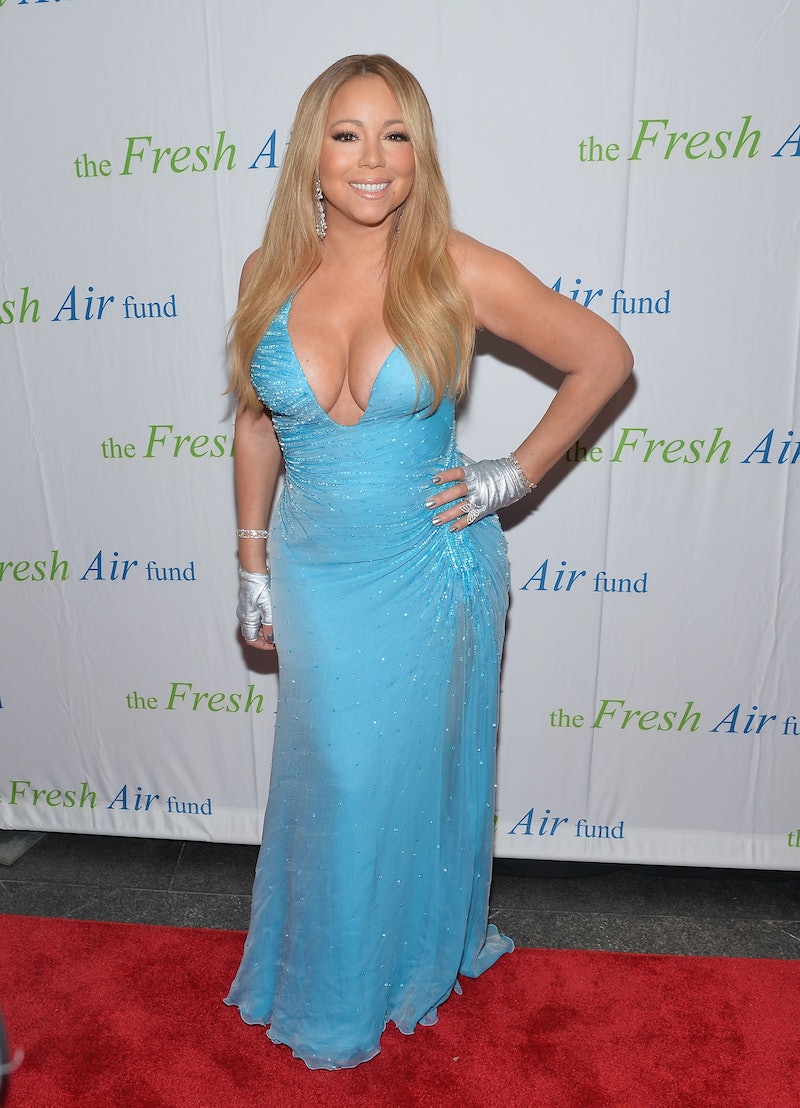 Of course, Carey documented the experience online. Why wear a fancy gown to the park if you're not going to take pictures of it, right? Much like her recent New York City subway excursion, Carey took multiple photos showing that just because you're in a public place with garbage and normal people and pigeons, you don't turn off the glam. If you step in dog poop, big deal! That's why designer shoes are disposable.

In photos, Carey can be seen pushing "Dem Babies" on swings, making friends with other, much more casually dressed park goers, and posing her ass off as if this were the Grammys. It's amazing. Can you imagine walking into your neighborhood park to read a book or play with your kid when suddenly, there's Mariah Carey getting her Mariah Carey on next to the sliding board? It would be like spotting the chupacabra. A really glamorous, well-dressed chupacabra with an impressive singing voice.

Carey posted a few pictures of herself on Twitter with the fantastic caption, "New friends! Festivity!!" It look way more festive for her seeing as she isn't wearing sneakers and carrying two squirming toddlers.

Then there's this one from Instagram which she captioned, "Sinking into the rubber mats...lol." Yep, that's what happens when you wear heels to the playground. At least she's in good spirits about it. She must be used to that sort of thing.