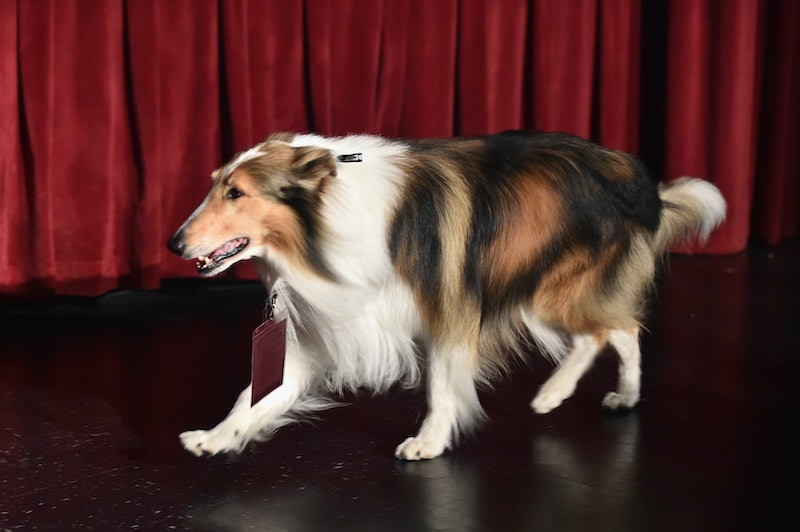 Literature has had a long-standing love affair with dogs — for their adorable looks, gentle demeanor, and uncanny senses. From early Greek literature to modern-day memoirs, and age-old fairytale classics to the beloved required readings of young adults, canine companions have played a crucial role in popular literature across the spectrum and made for a list of countless characters we’ll never forget.

Throughout our literary catalogue, our furry, four-legged friends have served as loyal confidants, heroic sidekicks, trusted nurturers, comic relief and outlets through which protagonists can express another side of themselves. As readers, dog-lovers or not, we are constantly mesmerized and moved by the recounted adventures of our lovable canine companions — the tragedies they face, the obstacles they overcome, and the immovable loyalty they display.

When it comes to literary works, felines and other pets are clearly outnumbered, and rightfully so. There's a reason why dogs are known as "man's best friend” — when you're feeling lonely, they are the perfect buddy. Unlike (most) cats, dogs are gentle, not feisty; friendly, not solitary; selfless, not selfish. Not much compares with the unconditional love of a pup. And we have the literature to prove it!

Here are 11 unforgettable literary pups that remind us why we love dogs.

This fuzzy Rough Collie is the archetypal canine hero, a symbol for all the unforgettable dog companions that came before and after her. I mean, she’s got her own franchise for goodness sake (12 movies, multiple television episodes, a few radio shows, and several book spin-offs). This dog and her epic journey to reunite with the little boy she loves all started with a 1938 Saturday Evening Post story, which Eric Knight eventually expanded to novel-length in 1940. The book, called Lassie Come Home , pulled at the heartstrings of millions, as I'm sure it did yours.

2. THE HOLLYWOOD DARLING: TOTO ( The Wizard of OZ by L. Frank Baum)

Ah, the beloved classic The Wizard of Oz. Who doesn’t love this silky-haired little creature with the twinkling eyes? Toto is Dorothy’s confidant as she makes her topsy turvy journey down the yellow brick and into the mystical depths of Oz.

3. THE WATCHDOG: TOCK ( The Phantom Toll Booth by Norton Juster)

The Phantom Tollbooth was one of my favorite adventures stories growing up, and it wouldn’t have been the same without the wise and burly Tock, the giant dog who helps Milo escape the Doldrums and accompanies him along his journey through "the Lands Beyond." At one point, the loyal Tock even serves as Milo's prison buddy when they are arrested in Dictionapolis. Tock is the ultimate watchdog, equipped with a giant alarm clock on his body. With him as a pet, you'd never be late again.

What could be cooler than having a dog as a nanny?! Nana, the Newfoundland, is the sassy, but sweet canine caretaker from J.M. Barrie's Peter Pan . Employed as a nanny by the Darling family, she takes her caretaking duties very seriously. And she can rock a bonnet, too!

Talk about a tear-jerker. Only a heartless person could resist crying after reading this book. As a tween, I'm pretty positive Old Yeller's story gave me more heart ache than my first breakup. On countless occassions, Yeller saves the Coates's family from wolves, bears, and wild hogs. She was a hero, so why oh why did she have to get rabies? If this post puts you in the mood to rewatch the 1957 Walt Disney film adaptation, then I’d suggest (a) not doing it in public and (b) doubling up on tissue supplies and headache reliever before you begin.

Remember this adorable, floppy-eared beagle from your middle school years? Shiloh and Saving Shiloh were definitely on my 5th grade required summer reading list. The abused pup is rescued by young Marty from his abusive master, the vicious Judd Travers, and the two pals form an inseparable bond.

7. THE COWARDLY ONE: FANG ( Harry Potter and the Sorcerer's Stone by J.K. Rowiling)

Even though he calls him "a bloody coward," Hagrid loves his pet Fang, that jowly, slobbering boarhound. And indeed, in most cases Fang is rather cowardly (he's frightened by giant spiders, flying cars, and shattering vases, among other things) but when it comes down to it, he is willing to accompany the students on terrifying adventures and risk his life for his softhearted giant of a master. Fang's intimidating size obviously belies his gentle demeanor. He's one of those dogs that loves to lick , and Harry, Ron, and Hermoine all suffer through a slobbery kiss or two.

8. THE KING OF MISADVENTURES: RIBSY ( Ribsy by Beverly Cleary)

Beverly Cleary might as well have been my nanny growing up. As a kid, I almost always had a Ramona Quimby book clasped tightly beneath my armpit. And her series for boys, the Henry Huggins series, was giggling fun, too. In it, Henry has a beloved sidekick Ribsy, a feisty energetic mutt who accompanies him on all of his boyish misadventures. In the series’ sixth and final installment, Ribsy , he finally gets his moment in the spotlight. The book focuses almost entirely on the dog when he gets separated from the Huggins family on an afternoon shopping. Solo Ribsy embarks on series adventures and various adoptive owners as he wanders the city in search of his best friend Henry. Who wouldn’t want a dog like him? He is quite the every-dog — he wrestles squirrels, enacts crafty escape plans, scores game-winning football tackles, and makes for an impressive elementary school mascot.

9. THE GOOFBALL: WINN-DIXIE ( Because of Winn-Dixie by Kate DiCamillo)

This scraggly pooch and his petite, doe-eyed owner stole our hearts in Kate DiCamillo's 2001 Newbery Honor Book Because of Winn-Dixie, and stole them again with the 2005 film adaptation. Winn-Dixie is the ultimate friend maker, a master at ice-breaking. When 10-year-old Opal finds the stray mutt destorying the local grocery store, she rescues him from a perilous fate by claiming him as her own. To repay the favor, the goofy, hyperactive Winn-Dixie helps lonley Opal, who was abandoned by her mother at a young age, make new friends in her small Southern Florida town.

Poor Buck. In Jack London’s The Call of the Wild, the fuzzy St. Bernard-Scotch Collie is kidnapped from his happy, carefree life in Santa Clara Valley, Calif. and sold into dog sled slavery. Beaten and malnourished, he is forced to suffer long, cold winter nights trudging heavy loads through the piercing snow, that is, until he is finally rescued by John Thorton, a skilled outdoorsman who nurses him back to health. Buck, now equipped with survival skills and a taste of the wild, becomes devoted to his new master.

11. THE FAITHFUL FIRST: ARGOS ( The Odyssey by Homer)

Thinking about Homer and The Odyssey takes me back to freshman English class. And while everyone remembers the singing sirens, the one-eyed cyclops, and the six-headed monster Scylla, we also can’t forget good old Argos, probably the most faithful dog in Western literature, and one of the first. He loyally awaited his master for two decades, and when Odysseus finally made it back home, Argos was the only one to recognize him. Even after all those years, he wasn’t fooled by Odysseus’ disguise, and it wasn’t until he saw his master’s safe return that the aging fella could die in peace.

More like this
The 'Firefly Lane' Book Ending Teases Way More Tears To Come In 2023
By K.W. Colyard
'Bridgerton' S3 Teases Exciting Social Season For Penelope Featherington
By Bustle
The 'Lady Chatterley's Lover' Book Leaves Us With A Troubling Question
By Catharina Cheung
21 Absolutely Adorable Christmas Gifts For Dogs
By Carolyn Steber
Get Even More From Bustle — Sign Up For The Newsletter