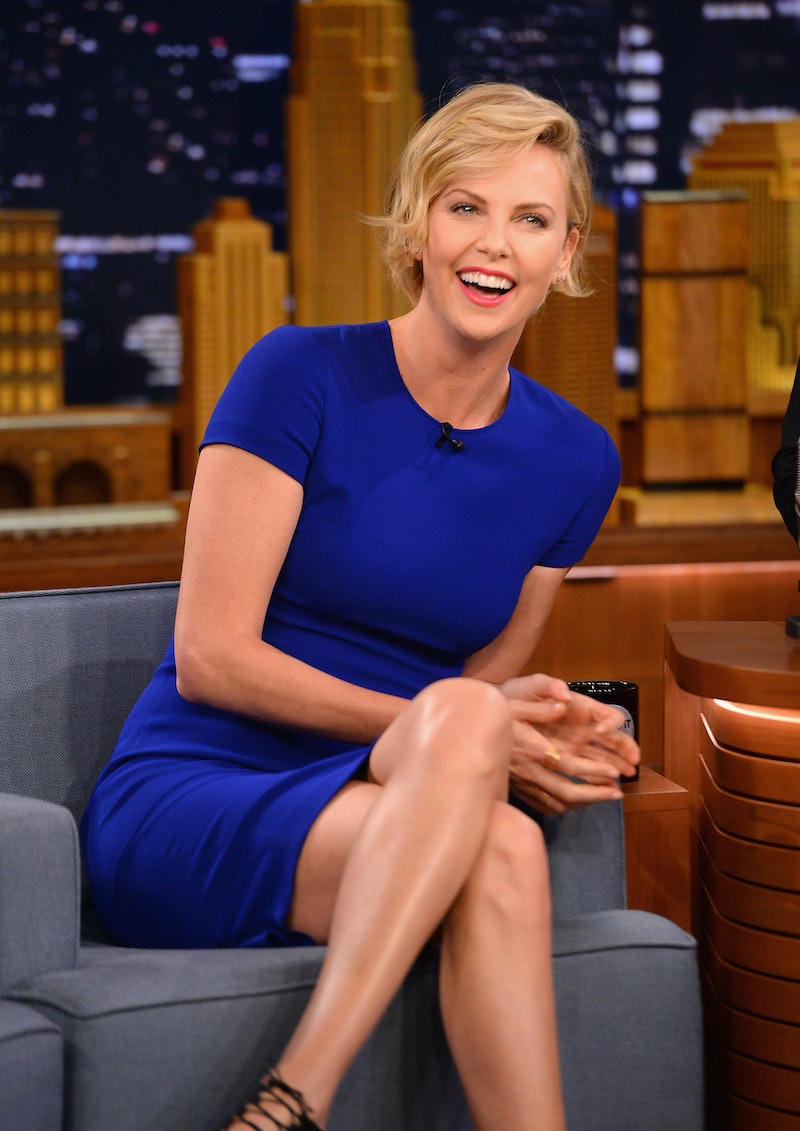 In the latest of "congratulating celebrities for acting like human beings" moments, I'd like to formally commend Charlize Theron for returning to Pinkberry after leaving with an ice cream she didn't have the cash for and handing over $100 for the $4 treat. TMZ reports that the actress realized she didn't have money after she'd made her dessert, but promised the cashier she'd be back with the dough, ASAP. When she did return, an hour later (with Sean Penn, no less), she handed over her debt, and then some. She left the cashier person a $96 tip.

The Pinkberry employee's reward for being so understanding could have easily been seeing Theron and Penn in the flesh, which is obviously worth a ton, but 96 bones doesn't hurt, either.

It's sort of funny, if you think about it, how we're all so happy that Theron came back and paid for something, when that's just the, like, the right thing to do. I mean, had returned to pay for ice cream that you essentially stole, no one would be patting you on the back. It is, however, pretty cool that she left such an enormous tip. Sharing wealth with others is always something that deserves a high-five.