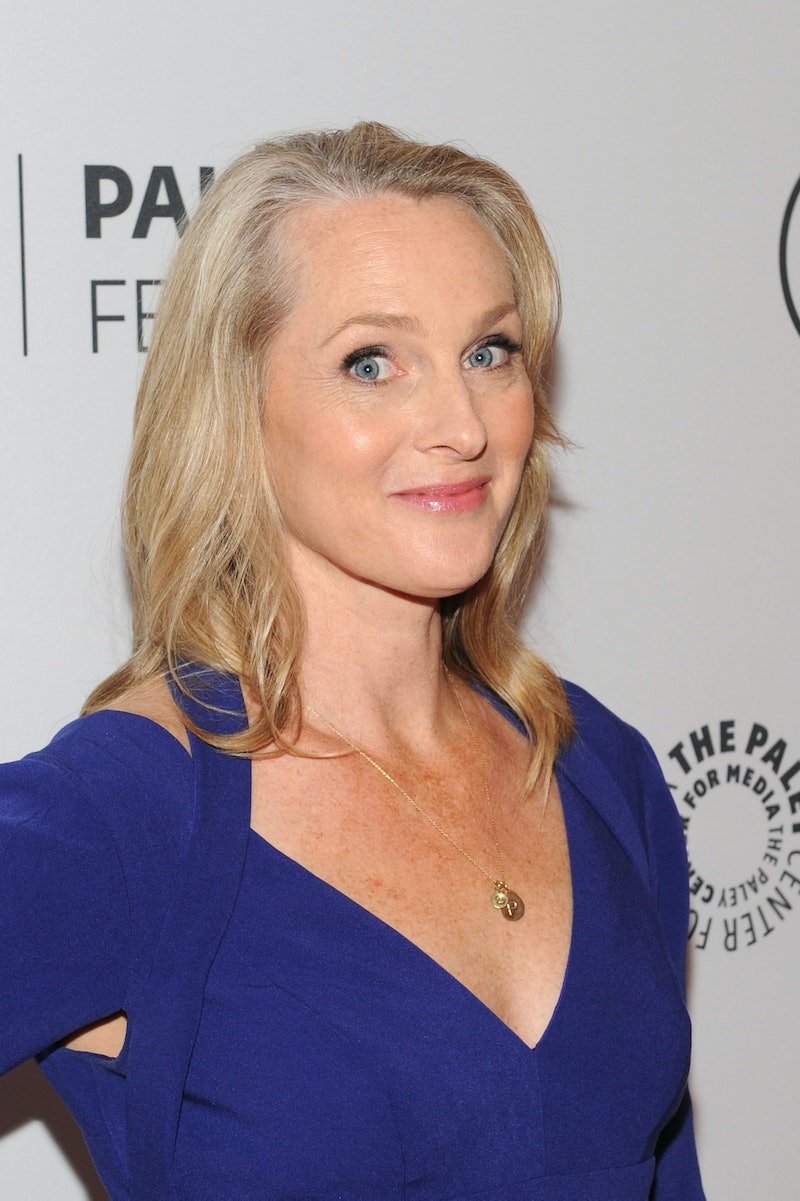 Those people over at Netflix ain't dumb. When they wanted to convince their subscriber base to tune in to their new oddly-titled prison show Orange Is The New Black (Season 2 of which is streaming this second on Netflix), they advertised the show as a fish-out-of-water comedy told through the eyes of a young upper-middle-class caucasian woman named Piper Chapman. What could be more inoffensive than that? Millions of subscribers tuned in thinking they would be watching a story about a privileged Brooklynite... only for Netflix to pull an audacious bait-and-switch and promptly relegate Piper to just one member of a large ensemble. It's an ensemble full of all ethnicities, body types, sexualities, backgrounds, dreams, strengths, and weaknesses, each inmate as fascinating and relatable as the last.

But the fact remains that OITNB is based on a true story. Piper Chapman is a real person — although her name is actually Piper Kerman — and her memoir, Orange Is The New Black: My Year In A Woman's Prison inspired the Netflix series (which was created by Weeds mastermind Jenji Kohan). So Piper (the character) will always be central to the events of OITNB (even if she's inherently the least interesting person in a show stocked full of eccentric personalities), which leads us to wonder: what is the real Piper up to these days?

Kerman was released from prison in 2005, after serving 13 months of a 15-month sentence for money laundering and drug trafficking. Unlike the fictional Chapman, who is incarcerated at the equally fictional Litchfield Penitentiary, Kerman did her time at FCI Danbury, a minimum security prison in Connecticut. (FCI stands for Federal Correctional Institution.) The Boston native and graduate of Smith College married her husband, writer Larry Smith, soon after her release — which bodes well for those cheering for Chapman's relationship with her fiancé Larry Bloom.

The reformed criminal published her best-selling memoir in 2010. During her time post-prison, she's also gone back to work, employed by Spitfire Strategies as a communications consultant for nonprofit organizations. But her time in FCI Danbury has clearly stayed with her, as Kerman remains active in public speaking and advocacy focused on incarcerated women.

Kerman serves on the board of the Women's Prison Association and speaks on behalf of the organization to students in a wide variety of fields, including law, gender studies, sociology, and creative writing. She's also been a guest speaker for groups including the likes of probation officers, public defenders, justice reform advocates, and the American Correctional Association's Disproportionate Minority Confinement Task Force. (Ain't that a mouthful?)

Most recently, Kerman was called as a witness on February 25, 2014, in front of the Senate Judiciary Subcommittee on the Constitution, Civil Rights, and Human Rights to testify at a hearing on "Reassessing Solitary Confinement." The hearing was chaired by Assistant Majority Leader Dick Durbin. Also this year, Kerman was the recipient of the Justice Trailblazer Award granted by John Jay College's Center on Media, Crime & Justice.

It would be easy for someone who has been through our nation's criminal justice system to want to simply put the past behind them — and it would be easy to forgive them for wanting to do so. It's encouraging, then, to see Kerman using her experience to advocate for those less fortunate than her, those still in the system, and those who may find themselves in the system in the future. And we get a kick-ass television show out of it at the same time. It's a win-win for everybody!