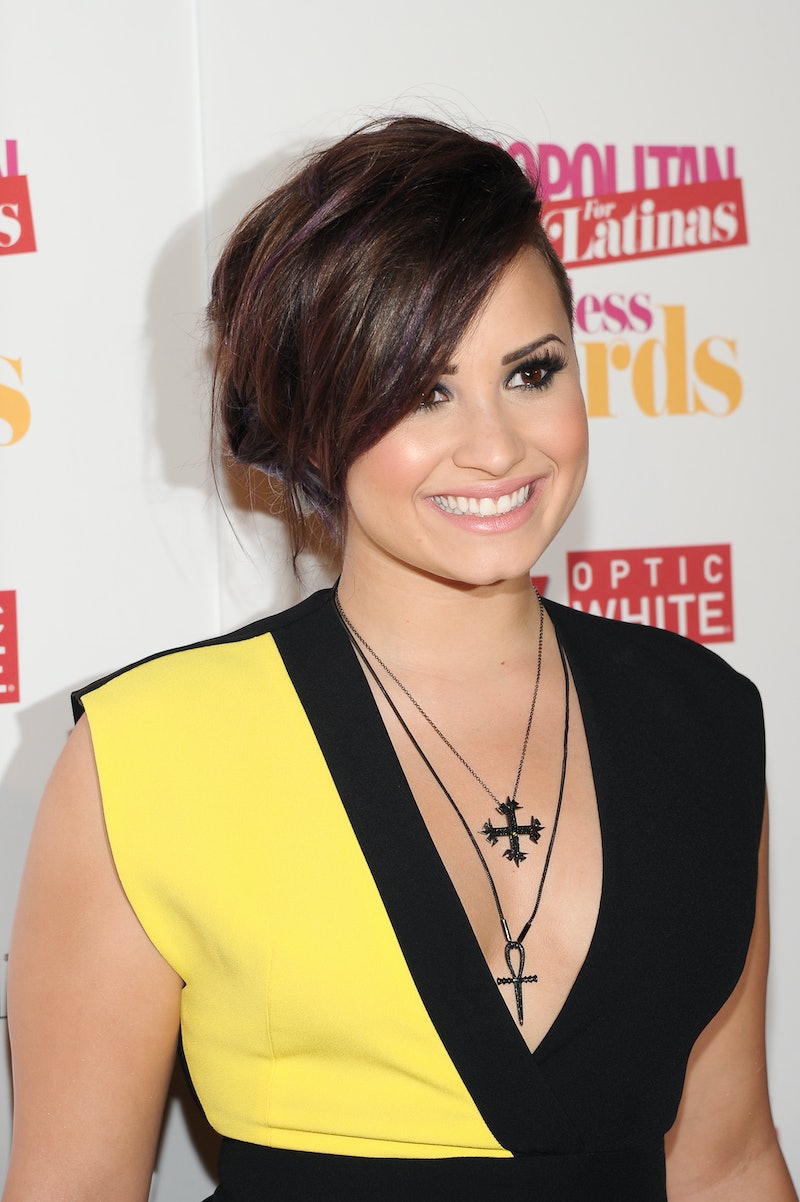 Demi Lovato may have dyed her hair again but the real news is that Demi Lovato told Seth Meyers she believes in mermaids. Seriously. The singer stopped by Late Night to talk about her upcoming tour and when Meyers mentioned that he'd heard Demi Lovato was a conspiracy theorist, Lovato took off and running explaining how mermaids are actually "an alien species living in parts of the Indian Ocean, which we have never explored before as human beings." Meyers was laughing during the interview, but Lovato was dead serious. She isn't ashamed to believe in the paranormal and she really, really wants you to know that because she's brought it up many times before.

Aside from alien mermaids, Lovato also believes in ghosts. During an interview with Jay Leno last September she opened up about her childhood home and its many supernatural occupants saying, "My house in Texas is actually haunted. Like really haunted...We've had ghost hunters go in there and investigate." She elaborated about the haunted house again during an appearance on Ellen explaining that as a child she and her sister both had a run ins with the household ghost named Emily.

Lovato also believes in regular old aliens (in addition to the mermaid kind) telling Seth Meyers "How self-centered would we be, as humans, to believe that we are the only living things in the universe?” She's even spotted her own UFO before.

But don't worry, mankind. Lovato thinks aliens come in peace. During an interview in 2011 she said of extraterrestrials, "I think they're good! Why not?"

Aliens, mermaids, and ghosts, oh my! Is there anything Lovato doesn't believe in? Actually yes, there is. During Wednesday's interview, she told Seth Meyers that she's not a Bigfoot or Loch Ness Monster believer, but she hasn't made her mind up yet on whether or not the moon landing was faked because she hasn't done enough research. Fortunately she promised to go back on the show when she comes to a conclusion because Lovato can't help but remind everyone that she loves paranormal things and conspiracy theories. As if we could somehow forget that she believes in alien mermaids and has a live-in ghost.

Watch her talk about mermaids with Seth Meyers below: