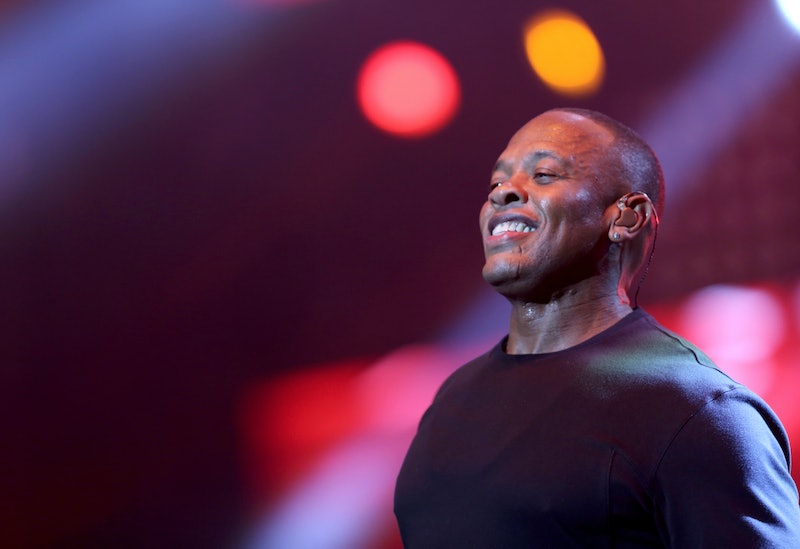 As someone who lives vicariously through celebrities who have as much money as Dr. Dre just earned off selling Beats by Dre, it's kinda disappointing that buying Tom Brady and Gisele Bundchen's Brentwood estate was his first purchase after the humongous Apple transaction. Not that there's anything wrong with living in a $40 million, solar-powered, five-bedroom, nine-bathroom property with seven fireplaces, an infinity pool and a koi pond. It's cool and all, but not the most creative purchase for someone who already has plenty money but just made a shit ton more that places him a few hundred thousand bucks shy of billionaire status.

If it were an average Joe, Dr. Dre's recent real estate acquisition would be quite impressive and would most certainly elicit a decent amount of jealous sneers from mere peasants like myself. But it would've been nice to see Dre, an almost billionaire, go all out and do something a little more adventurous than making yet another run-of-the-mill, celebrity mega-mansion purchase. No one would've expected Tom and Gisele to be like, "C'mon man, we can't take your money," but some trusty individual could've encouraged Dre to embrace his wild side and spend it on something a little more outrageous. For example:

1. An island in the middle of nowhere. Maybe someplace like this:

2. A ticket to outer space. Dr. Dre already broke a record for donating money to USC so why not shoot for becoming the first rapper in space? He needs to make this happen- like, now.

3. Purchase a sports team... Not even necessarily the Clippers- it could be any team, preferably the team who has the most athletes who purchased a pair of Beats headphones with their own money.

4. Clear up the national debt of a small nation. Not that exciting, but creative and impressive.

5. A jet. Because, duh. All the other mega-rich moguls own them. If you want to become a billionaire, then you have to start acting like one, Dre.