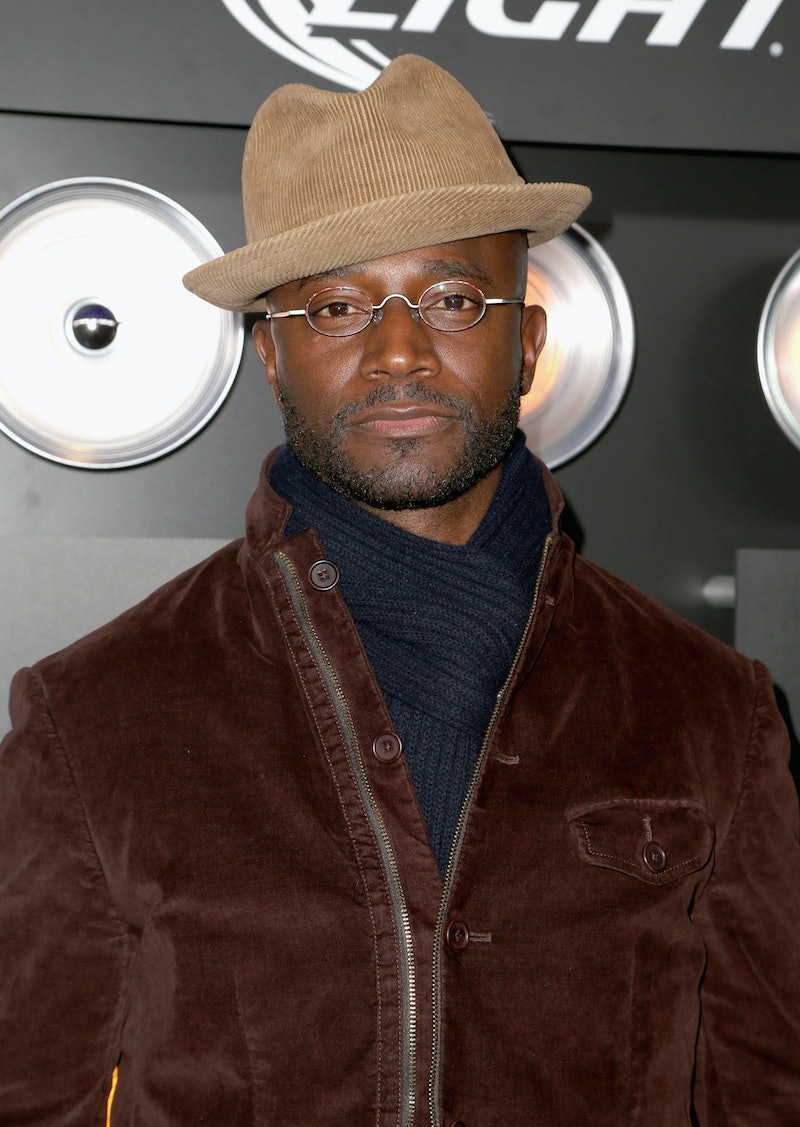 Remember when Taye Diggs started to mysteriously follow everybody on Twitter? The actor's little blue Twitter checkmark ran rampant through the hills of the Internet, and now, Taye Diggs has explained why he follows everyone on Twitter, and it's not because he thinks your cats are cute. (Don't worry, I do!) It's because he hired a social media expert. Ohhh. There you go. (SMH.)

This whole thing caught people's attention back in mid May, when Diggs was suddenly following over 30,000 peopl e. He is now following over 45,500 people! What's even more bizarre was that these people seem randomly selected, even if they are selected by this social media expert.

Diggs, who was formerly married to Idina Menzel, appeared on The Today Show to discuss this Twitter phenomenon, and he explained that earlier this year, he realized he didn't have much of a web presence. What do you do when you want to improve that? You... hire a helping hand. Don't worry, Diggs admitted he was a tad embarrassed by it.

You can watch him admit this tidbit of truth in this video, but you should definitely watch the whole thing, as he gets to meet some of the people he follows. He certainly shows his acting stripes when he acts as though he's aware of the fact that he follows them, even if it is a little awkward. You can watch it all happen below:

More like this
Zendaya Shut Down Those Viral Pregnancy Rumours
By El Hunt
Will Beyoncé Be At The BET Awards To Perform “Break My Soul” Or Attend The Show?
By Jake Viswanath
Fans React To Kelly Holmes’ “Extraordinary” ITV Documentary
By Sam Ramsden
Twitter Has *A Lot* To Say About Justin Timberlake’s Beat Ya Feet Dance
By Sam Ramsden
Get Even More From Bustle — Sign Up For The Newsletter