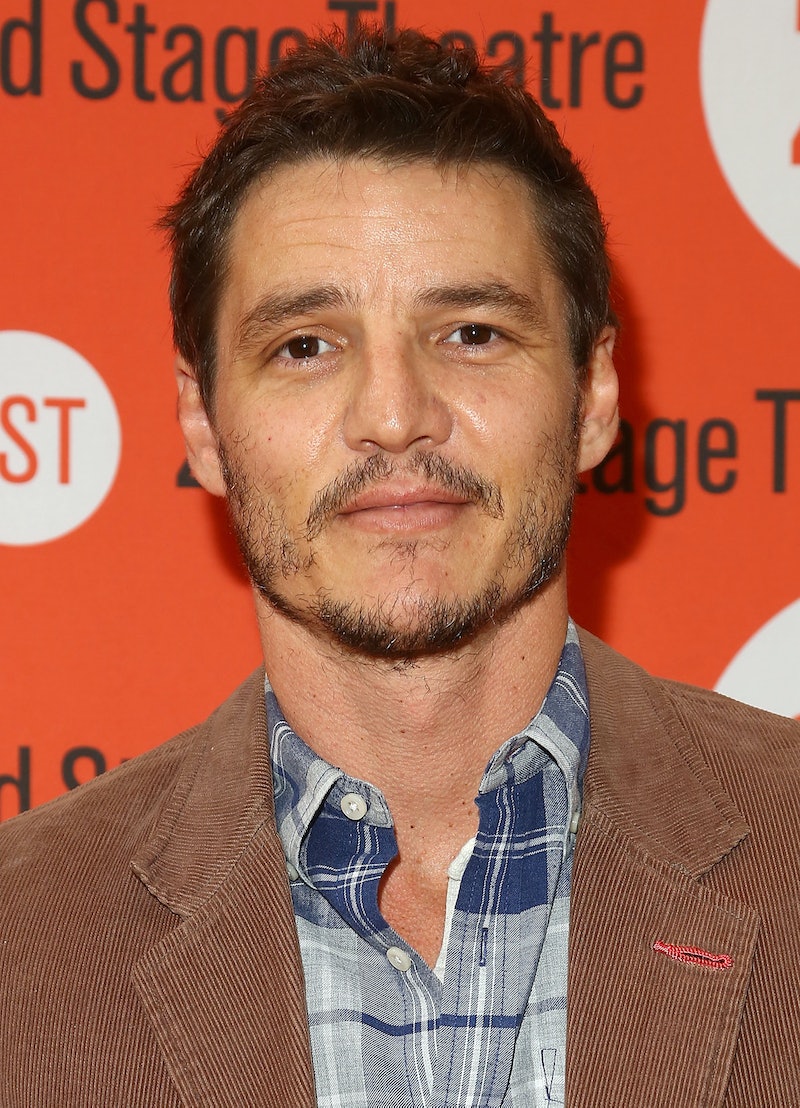 Don't cry your eyes out (too soon?) over the eye-less and now deceased Oberyn Martell on Game of Thrones. Pedro Pascal will star in a new Netflix series called Narcos, so even if Oberyn can't come back, Pascal will be back on television. Or in your lap, if you like to watch Netflix in your bed. The possibilities!

Narcos, which will be written by Chris Brancato and directed by Jose Padilha, is inspired by the true story of the spread of cocaine drug cartels across the globe, and how the law enforcement has tried to put an end to it, which has often resulted in bloody conflicts. Even though a different hot-ticket drug was involved, you saw Breaking Bad — you know what those cousins were capable of, and you also know — ** SPOILER ALERT IF YOU NEVER FINISHED BREAKING BAD** — how things turned out for Hank. So it looks like Pascal could endure yet another bloody fate.

Pascal will play Javier Pena, a Mexican DEA agent who is sent to Colombia to capture and kill the cocaine kingpin Pablo Escobar (Wagner Moura). High stakes, drama, and not-very-family-friendly events will ensue!

Sooo... basically it's Game of Thrones and Breaking Bad but set in Colombia... which means we're totally watching when it airs in 2015. How could we not? People love the two shows, and folks are already ready for the underground drug world and the cast of Game of Thrones to somehow fuse together. See?

Either way, hopefully we'll get to see more of Pascal's sweet stage combat tricks, and hopefully he gets to keep his eyes this time.

More like this
'Bridgerton' S3 Teases Exciting Social Season For Penelope Featherington
By Bustle
Matt Smith Proves He's Daddy Daemon In This Viral 'House Of The Dragon' Video
By Marina Watts
Elizabeth Debicki On Her Approach To The Most Debated Scene From 'The Crown'
By Grace Wehniainen
The First Trailer For 'That '90s Show' Includes So Many Nods To The Original Series
By Jack Irvin, Alyssa Lapid and Grace Wehniainen
Get Even More From Bustle — Sign Up For The Newsletter