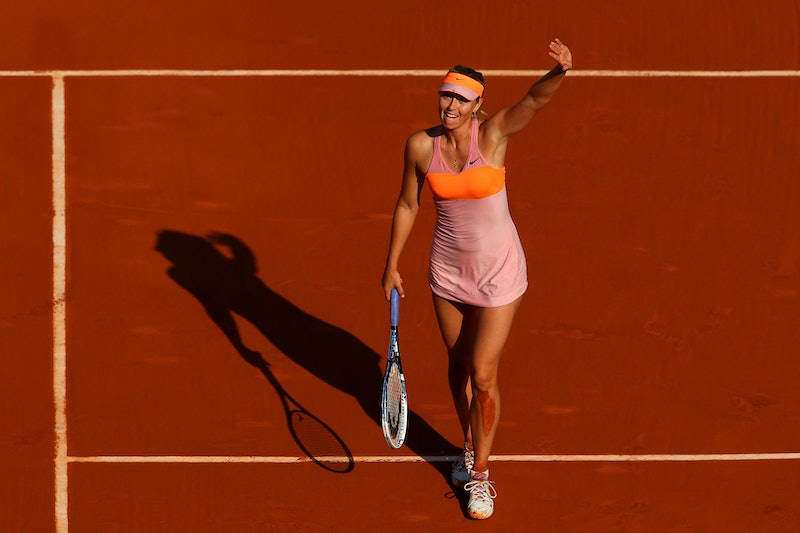 Halep is 22 and basically a baby. It was her first Grand Slam final and she played extremely well. By contrast Sharapova's won five Grand Slam titles (the Grand Slam includes the French, Australian, and U.S. Opens, as well as Wimbledon). But she's never won a title twice.

The match with Halep lasted for three hours and two minutes, a lengthy time period. Sharapova and Halep were well-matched and Sports Illustrated called it "one of the best Grand Slam women’s finals in recent memory."

Last year kind of sucked for Sharapova, to put it bluntly. The 27-year-old didn't last long in the 2013 Wimbledon tournament, falling out in the second round, The New York Times noted on Saturday. Then she missed a huge part of the season with an injury to her shoulder, which as of this March she was still working to strengthen.

And the lengthy match certainly tested her strength. Sharapova told Tennis magazine this spring that endurance in her shoulder was her biggest challenge.

It's one thing to come off and heal the injury, it's another thing building that stamina in the shoulder to play a three-set match. That's something I'm still working on and it's not at the level I want it to be.

Sharapova called the match incredibly challenging, according to The Wall Street Journal.

This is the toughest Grand Slam final I’ve ever played. All respect to Simona. I thought she played an unbelievable match today.