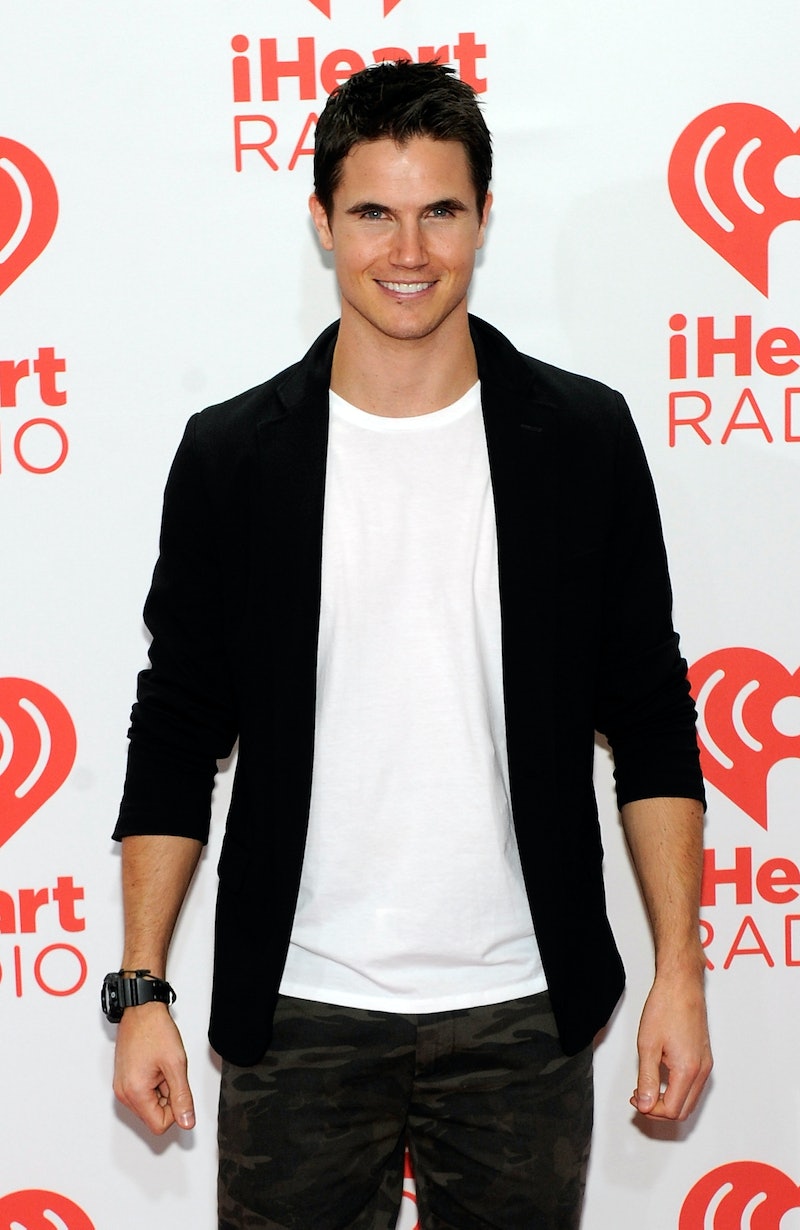 Robbie Amell might not be your be your first pick if you were choosing stars to try their hand at improv, but sure enough, Amell will appear on Whose Line Is It Anyway? and show us what he can do. Amell is best recognized from The Tomorrow People , The CW's adaptation of the British show of the same name, where he played the highly evolved protagonist who is of a new, futuristic species of human beings. So that's what he's been up to professionally, but there's one very important, personal question we all want the answer to: does Robbie Amell have a girlfriend?

It turns out, after a long day on set, Amell comes home to none other than his girlfriend and fellow Canadian actor Italia Ricci. Over the course of Amell's career, Ricci has had many reasons to cheer him on. Aside from the starring role in his own show, Amell is no stranger to smaller roles and guest spots. He's had roles on TV shows like Revenge and Pretty Little Liars, as well as movies including Cheaper by the Dozen 2 and the horror flick Left for Dead.

So we know a lot about Amell's onscreen life, but what about Ricci's? You might recognize her from bit roles on shows like How I Met Your Mother and House or her recent appearance in Joseph Gordon-Levitt's Don Jon. Expect to see more of Ricci soon, however, as she'll star in the upcoming ABC Family series Chasing Life.

What else do we know about the Canuck couple? For one, they are adorable tweeters, with Amell's lady love tweeting support for his comedy chops.

The couple has reportedly been together since 2009, meaning this duo is six years strong and counting. But just because Ricci is smitten doesn't mean she can't dish about all of the funny, hot dudes she gets to costar with on a regular basis.

In the same clip, the sort of effortlessly stylish Ricci also mentions the secret to her and Amell's success: they are best friends. Now if that isn't a sweet way to sum it up, I don't know what is.

More like this
'A League Of Their Own' Star Abbi Jacobson Is Engaged To Jodi Balfour
By Jake Viswanath
Lisa Kudrow Explained How Her Body Image Changed While Filming 'Friends'
By Grace Wehniainen
Miranda Cosgrove Reacts To Jennette McCurdy’s Shocking ‘iCarly’ Revelations
By Grace Wehniainen
Every Horror Movie Reference In The 'PLL: Original Sin' Premiere
By Alyssa Lapid
Get Even More From Bustle — Sign Up For The Newsletter