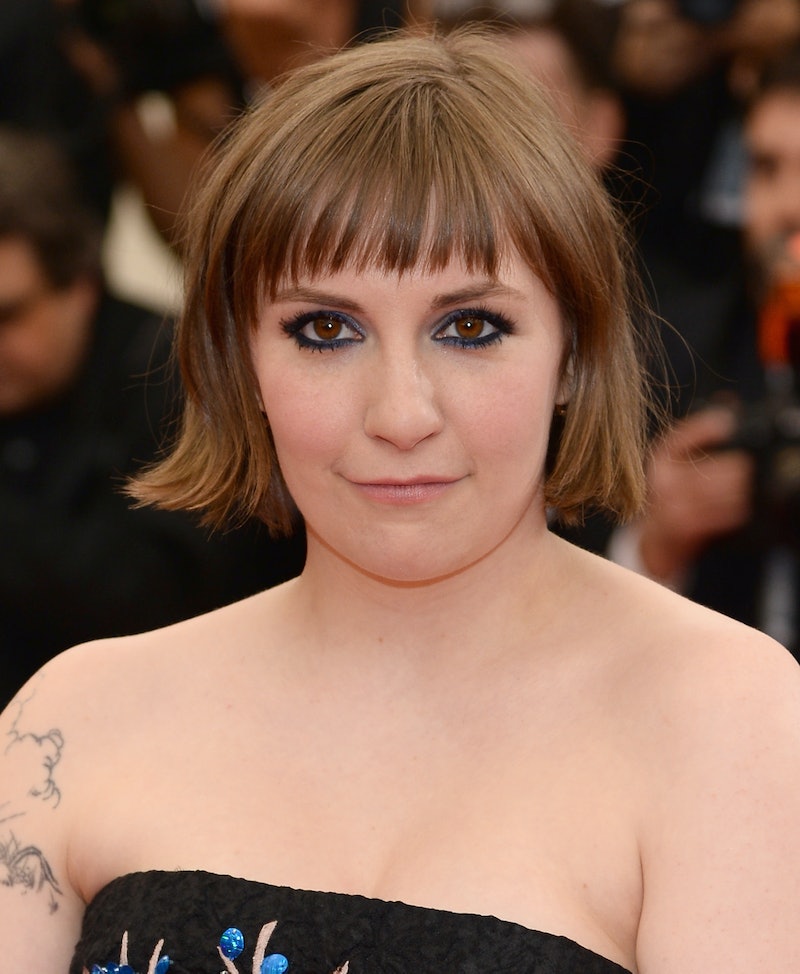 For a show that's been touted as the next Breaking Bad or Mad Men, AMC's Halt and Catch Fire , has, so far, been all about the women — in particular, Mackenzie Davis. Davis, a relative newcomer, plays computer geek Cameron Howe on the series, and although just one episode has been aired so far, the actress has already become something of a breakout star. Apparently, Davis' acting on Halt isn't the only reason to love her; according to an interview in Sunday's The New York Times, Davis is also a proud feminist, a title that another former TV breakout star, Lena Dunham, happily supports.

On Sunday, Dunham Instagrammed an excerpt from Davis' interview, in which the Halt star is asked why she's declared herself a feminist "at a time when other young actresses are distancing themselves from the word." Davis' eloquent, rational response — "to say that that’s not something you can stand behind — it confuses me" — understandably impressed Dunham, one of the few other female TV stars unafraid to call herself a feminist and speak out about her support of the term.

"I love Mackenzie Davis' simple elegant explanation of why she's not afraid to call herself a feminist in today's New York Times," Dunham wrote, before posting a photo of the excerpt:

Dunham has reason to be impressed; it's a rare occurrence for any female celebrity to share her support of feminism, especially one as new to the scene as Davis. Her explanation of why she does so is simple and matter-of-fact, and most of all, it's right. Feminism is about equality, not creating a matriarchy, hating on men, or any of the other inaccurate things far too many women — including some celebrities — seem to think they're supporting if they say they're feminists. Hopefully, Davis' quote will clear up at least a few people's thoughts on the term, and get more women to understand that calling oneself a feminist is simply about wanting equality, nothing more.

Elsewhere in the Times interview, Davis talks about playing a female genius (“I’m not interested in playing a character that... doesn’t actually have an inner life of her own") and what drew her to the part ("she’s flawed in a way that I don’t think women often get to be"). It's a candid, eloquent interview from an actress who's on the verge of huge success — and who just might be our new favorite feminist icon.