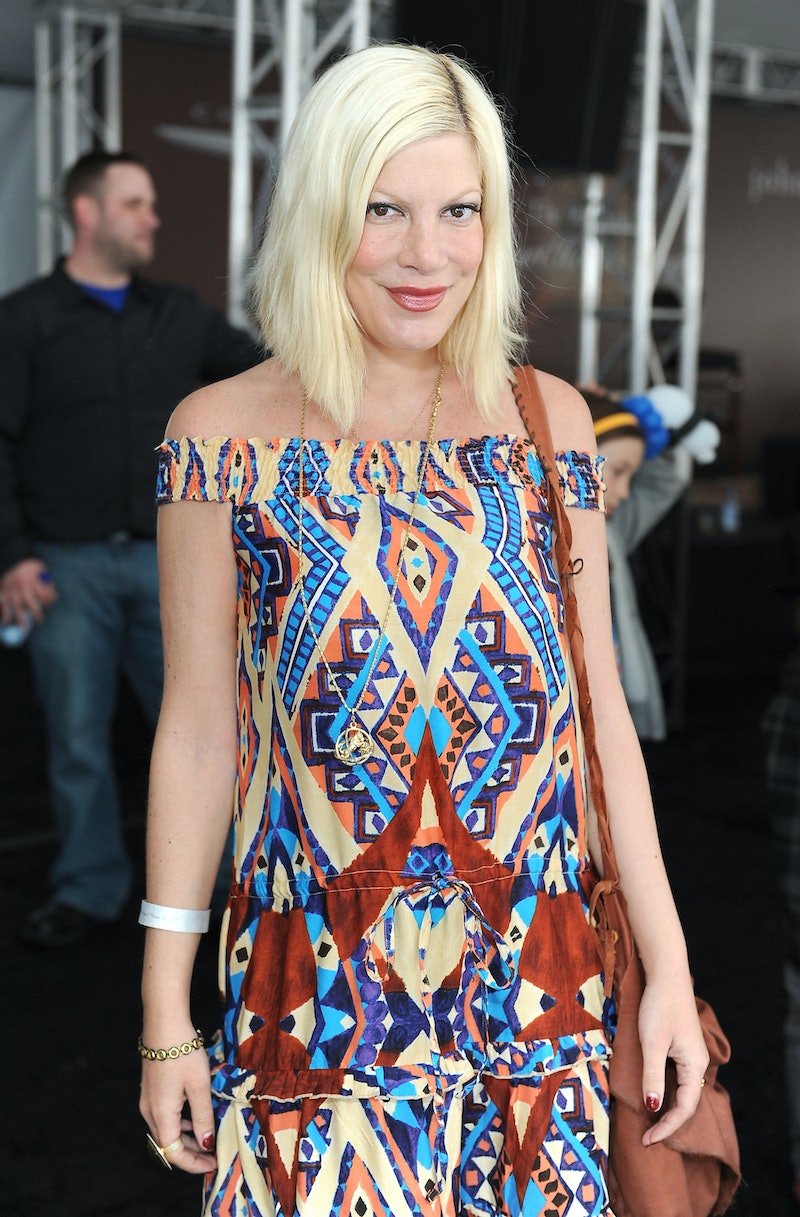 I hate to kick a Tori Spelling when she's down and all, but girl, you're in need of a TV inTORIvention. That is not the title of a new reality show chronicling Spelling's addiction to appearing on bad reality TV shows, such as her current stint on the "raw" and "emotional" True Tori , although it certainly could be. It's a plea from me and other TV fans who would love it if Spelling took a break from TV for a bit, for our sake and for yours.

Now I know TV is in Spelling's DNA. Spelling's father was the late Aaron Spelling, the legendary producer of such shows as Charlie's Angels, Dynasty, and Beverly Hills: 90210, after all. She'll always be fondly remembered for her breakthrough role as Donna Martin in 90210 and her string of awesomely bad made-for-TV movies. Her post-90210 loosely autobiographical sitcom on VH1, So NoTORIous , was so campy, self-referential, and featured the acting talents of a pre-Spock Zachary Quinto as her sassy gay friend, and I was actually sorry it didn't rack up more than 10 episodes.

But Spelling's more recent TV takeover of reality show after reality show is just confusing. How is she able to get so many shows when her life is, frankly, not that interesting? I can't say I've ever been compelled to watch one of her many reality shows with husband Dean McDermott week after week. I feel like she tries to be this cheerful, peppy person, but it's difficult to connect or relate to her.

In her many reality shows with her husband over the years, it seems like Spelling has tried to play the role of perfect domestic goddess a little too hard, from planning weddings in Tori & Dean: sTORIbook Weddings to running a bed and breakfast in Tori & Dean: Inn Love . Just take it down a notch, Spelling. You are enough.

I also question her motivation for doing the show. Sure, her business is already on the cover of every tabloid, but just because you can air your own dirty laundry doesn't mean you should. I don't think any marriage has been saved by appearing on a reality TV show, which actually seems more likely to tear couples a part. It just seems like this private matter should've been resolved privately in order to achieve the best result. Some question the validity of McDermott's cheating altogether, which would just be sick but not altogether unheard of in this crazy business we call show.

However, Spelling's newest show premiering this summer is actually not a reality show but the ABC Family sitcom Mystery Girls, where she will play a former TV detective who has to reunite with her old co-star, who is conveniently her 90210 co-star Jennie Garth, to solve a real mystery. It's right in line with ABC Family's M.O. of casting '90s TV stars in cheesy sitcoms, if you're into that sort of thing. It doesn't look great, but it probably won't be as painful as a sunburn.

There's probably no chance of Spelling actually taking a break from TV anytime soon, but here's hoping Donna Martin will graduate to something a little less cringeworthy next time.

More like this
How To Apply For Netflix's Real-Life 'Squid Game' Reality Show
By Radhika Menon
Here’s Everything Coming To & Leaving Netflix In July
By Grace Wehniainen
Paramount+ Wants To Take Over Your Netflix
By Sophie McEvoy
What’s New On Netflix: The Return Of 'The Umbrella Academy'
By Arya Roshanian
Get Even More From Bustle — Sign Up For The Newsletter