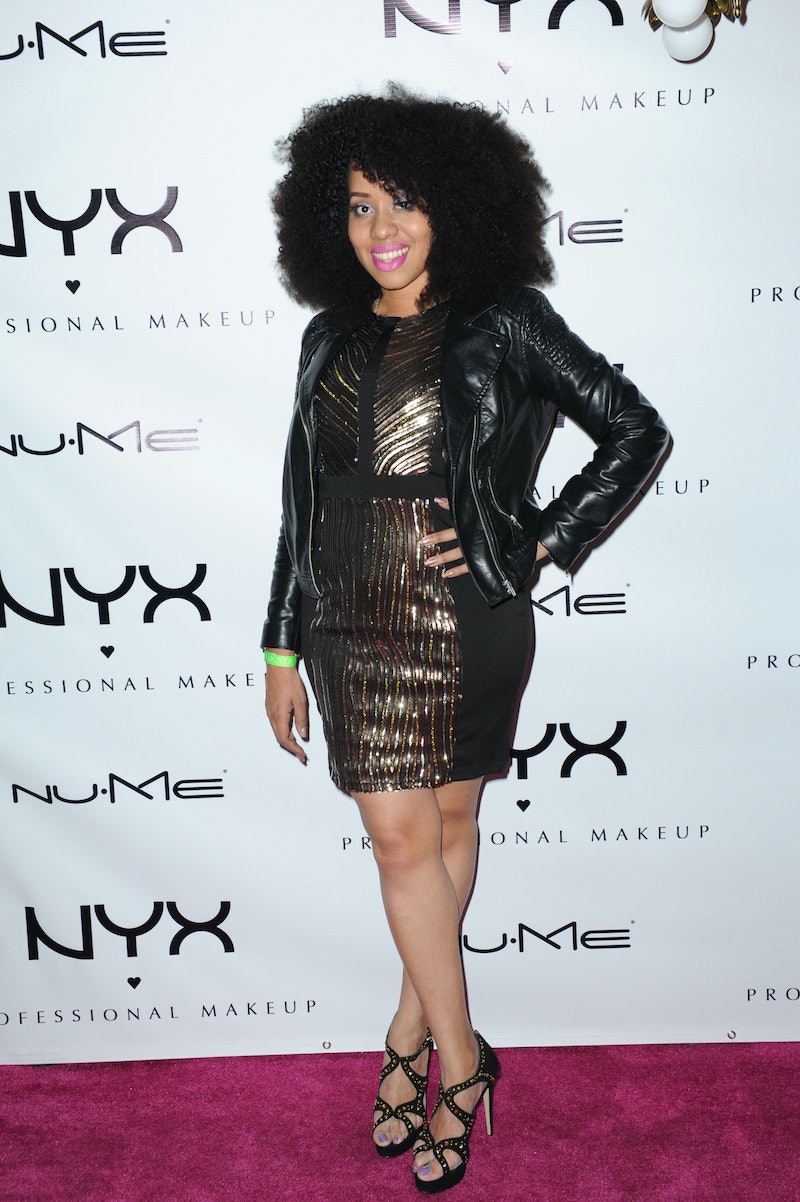 The afro is in no way a new concept, but the newest iteration of the decades old hairstyle is taking a firm hold. A new report says that black women's transition to natural styles is having a huge economic impact, which is leading many to believe that this is not a fad, but a permanent shift.

For decades black women have been inundated with a gadgets, creams, and tonics claiming to be the “cure” for kinks and coils. Hot combs and straightening irons have been in the black woman’s arsenal since the 1800s, but it was the relaxer — or perm — that made the permanent straightening of curls and coils a reality. By the mid 20th century, every beauty shop was stocked with a barrel of relaxer, ready, willing, and waiting to tackle whatever kinks walked in the door. But then came the '60s and the Black Power Movement.

Created to reawaken racial pride and promote black interests politically and socially, the Black Power Movement was a force aiming to change the black community’s view of itself and the power it held in the world. One of the movement's prime targets was the practice of straightening black hair.

Seen by some as an outward expression of the burden of assimilation, many in the Black Power Movement saw the abandonment of the practice as their way of throwing off the mental shackles of oppression and recapturing their roots — literally.

While the intent was focused inward, it was the reaction of outside society that made news. The afro became one of the most recognized symbols of the movement and, by association, the threat many saw it posing on society. To some, if you had natural hair, you weren’t just adopting a hairstyle, but a mindset — namely, I’m an angry black person and I'm out to get you.

Though many would like to believe that this is a long abandoned perspective, one only need recall the 2008 election to see that the afro is still used to conjure the image of angry black woman.

Fast forward to 2007 as cultural anthropologists began noticing a new natural hair movement. The new push had no political agenda and was not an organized effort. Instead, individual women across the country began transitioning on their own accord and for their own reasons.

“The '70s movement was about making a political statement and couched within that was the goal of recapturing black power and recapturing the black is beautiful message,” Patrice Yursik — better known to her millions of readers and fans as Afrobella — told me. She, along with fellow natural hair blogger Nikki Walton aka Curly Nikki and pioneering sites like Nappturality and Motown Girl, are unofficial heads of this shift. To Yursik, the new movement is about choice and the freedom to choose, which is its own brand of empowerment.

"The new movement is about freedom and is a beautiful tribute to the '70s movement and what they were fighting for. The old movement paved the way,” said Yursik, “...we were handed but so few options in the past but now we have choices."

Last fall, The New York Times explored in depth this new movement and the stark differences between the '60s afro and the new afro generation.

The style’s current iteration bears little kinship to the anti-gravity hair flaunted in the late 1960s by Angela Davis, Eldridge and Kathleen Cleaver and other icons of the Black Power movement. “In the ’60s the Afro was looked upon as ‘Wow, you’re stepping out there, you’re really going against the grain,’ ” said Andre Walker, the man who fluffed Ms. Winfrey’s wig into its umbrella-size proportions. In contrast, “When I talk to a lot of the kids from this generation,” he said, “the whole civil rights movement, it’s very vague to them."

Reluctant to treat her hair with potentially damaging lye, another Brooklyn resident who identified herself only as Tamar A., declared: “This is just how my hair grows out of my head. I’m not trying to make a statement. I’m just more comfortable being who I am.”

If the new movement had a rallying cry, it would not be I’m black and I’m proud, but I’m me and I’m proud and maybe that is why the reaction from society has been so different. Self love is popular and the new natural movement fits perfectly within its folds making the idea much easier to digest. Even big beauty brands have adopted the new movement in ways the old movement could have only dreamed.

Though it may not have a sexy title like Black Power, Yursik stresses that this new shift is indeed empowering. Through information and community black women are seeing the possibilities in their hair and in themselves.

We are more aware now of the versatility of our hair. We know if we want a straight look we can get a blow out or go to Sally Beauty Supply and buy a shampoo and conditioner kit that will straighten our hair but not strip our hair like caustic chemicals.

Women are seeing what is possible for them in the world, look at Lisa Price [of Carol's Daughter] and Karen [Tappin, of Karen's Body Beautiful]. They see you can go from the kitchen to store shelves.

Now, in no way am I claiming that we're post-racial when it comes to black hair or black beauty as a whole — though this July's issue of Vogue made me want to do cartwheels in the parking lot. But what I do see is a refreshing change in the characterization of black hair and the women who choose to wear it in its natural state.

The classic stereotypes that have blanketed black people for centuries are no longer the default setting and black buying power is being recognized and legitimized by the beauty industry.

We are seeing a widespread change in American acceptance of black beauty and the power of the black community. If you take that into account, maybe the two eras have more in common than we originally thought.

More like this
Most Comfortable Underwear For Big Butts
By Audrey Williams
42 Black Owned Fashion & Beauty Brands To Support Today & Always
By Mekita Rivas, Shea Simmons, Kui Mwai and Dominique Norman
Millie Bobby Brown's New Blunt Bob Haircut Is Everything
By Olivia Rose Ferreiro
9 Of Fall 2022's Biggest Haircut Trends
By Paris Giles
Get Even More From Bustle — Sign Up For The Newsletter