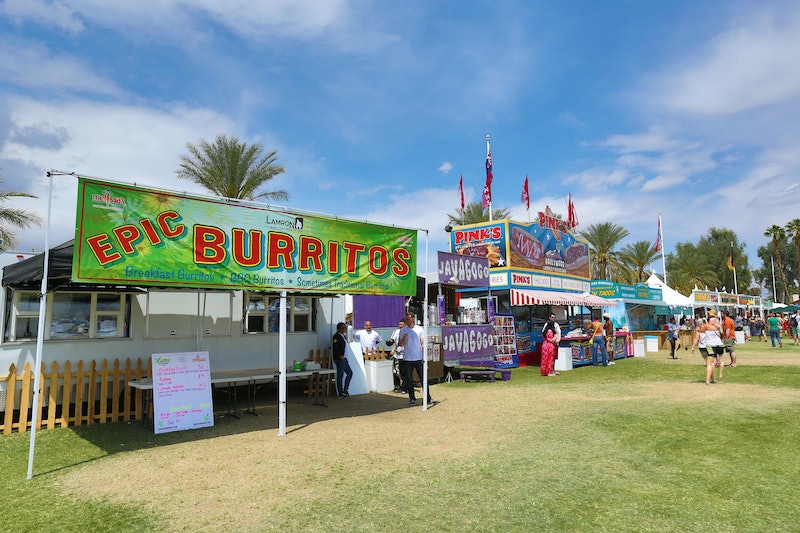 Ah, the burrito: that delicious miracle of tortilla, rice, and salsa, headliner item of Chipotles across the world, savior of interns on their lunch breaks, favorite of drunk college students and ambitious CEOs alike. People tend to have strong feelings about this piece of Mexican cuisine (Kristen Bell even brought one to the Oscars), and for good reason: they're everywhere now, and their varieties are as numerous as the Kardashian family's publicity stunts. But is there a way to identify the very best burrito in America? Nate Silver, editor of FiveThirtyEight, is convinced that the answer is yes. In an ambitious and welcome new project, he and his team of burrito-loving journalists and data analysts are determined to identify the grand poobah of burritos.

The project, which was inspired by Silver's unofficial 'bracket' of nineteen Chicago-area taquerias, uses the same basic methodology as his original idea — just on a much bigger scale. The Burrito Bracket is composed of 64 restaurants that made the cut. Award-winning journalist Anna Barry-Jester is currently traveling the country on an intrepid quest to sample burritos from each of these establishments and report on the results.

To come up with the bracket list, Silver and his data analysts crunched numbers from Yelp to create a Value Over Replacement Burrito, or VORB, number. The Burrito Selection Committee then examined the VORB numbers to choose the sixty-four contenders, which come from four regions: California, the Northeast, the South, and the West (excluding California). It's no surprise that most of the most popular burrito establishments in the country are concentrated in California, so Silver had to adjust his numbers to represent the entire nation. If you want more information on the methodology behind Silver's data decisions, take a look at his article, which contains a very, very in-depth explanation of every step.

It started out sort of as a pipe dream,” said Anna Barry-Jester to the Los Angeles Times. “We love street food, we love Mexican food. The more we talked about it, the more excited we got. We could bring in really interesting components, use data to talk about food and culture.”

FiveThirtyEight has already published companion articles in their exhaustive search, such as interviews between Barry-Jester and regional food correspondents on the Burrito Selection Committee and the particular burrito-ness of Arizona. It's clear that they'll stop at nothing to find the pinnacle of burrito-y excellence — which I applaud them for. "We...know that burritos are not a great matter of national importance," Silver wrote on the original FiveThirtyEight post. While that is a statement up for debate, I firmly believe that Silver and his companions are doing America a quintessential national service. Keep your eye on Silver's website for more Burrito Bracket updates.

More like this
10 Pumpkin Recipes That Are Way More Creative Than Pie & Lattes
By Rebecca Deczynski and Alexis Morillo
On TikTok, Tinned Fish Date Night Is The Latest Viral Food Obsession
By Emma Carey
Black Women's Equal Pay Day Highlights An Upsetting Problem
By Brandi Neal
UK Audiences Will Soon Be Able To Watch 'The Bear'
By Frances Stewart
Get Even More From Bustle — Sign Up For The Newsletter