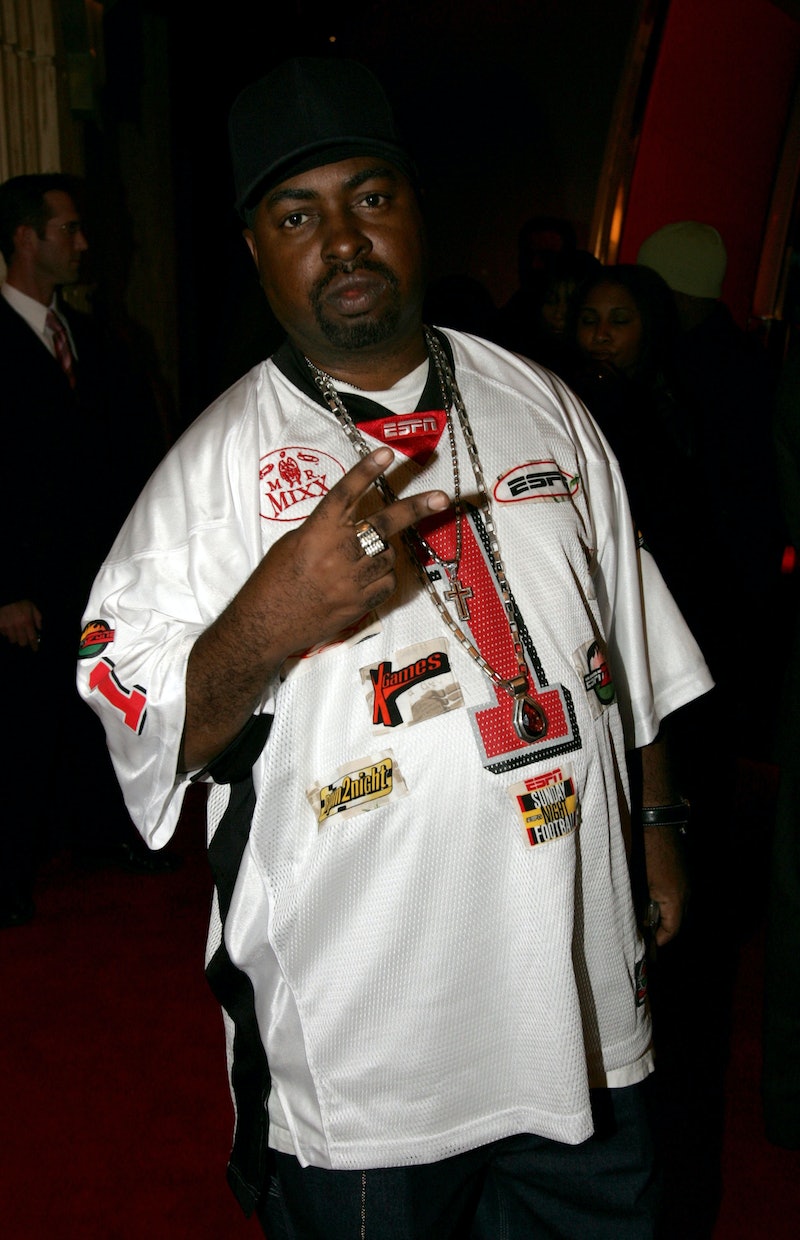 Sir Mix-A-Lot is usually associated with images of round bums stuffed into '90s high-waisted pants. But on Sunday, Mix himself tried to change that image (slightly) by performing with the Seattle Symphony Orchestra. Never fear, his Royal Buttness seized the opportunity to invite a gaggle of young women onto the stage, who proceeded to get their freak on as the symphony pounded away at the chunky chords of "Baby Got Back." The performance was a chapter in the Symphony's Sonic Evolution project, which tries to meld classical music with popular musical figures from Seattle. In keeping with this mission, "Baby Got Back" was remixed and orchestrated by Gabriel Prokofiev, a British composer. And of course, Sir Mixiness is a Seattle native.

Although the performance was a brief moment of harmony between hip hop icons and orchestral music, it's not the first time that a pop star has reinvented a song using second violins and copious amounts of timpani. Nor will it be the last: the Seattle Symphony plans to keep the Sonic Evolution series going, and has also introduced Nonclassical Club Night, which features new composers and DJs playing avant garde sets. If you want to see more nontraditional classical music, check out these crazy collaborations between symphonies and pop icons.

Ben Folds may be the popular artist with the most symphony collaborations: he has played with numerous American orchestras, as well as symphonies around the world. He has even written a piano concerto that showcases his piano skills and unique approach to composing. Forget rocking the suburbs, Ben Folds is slowly saving classical music, as this rendition of "Brick" with an Australian symphony shows.

The BBC Philharmonic with Nero

The Seattle Symphony is far from the first orchestra to recognize the crossover potential of electronic music and flesh-and-blood orchestras. This BBC Radio orchestra collaborated with the dubstep emperors of Nero to create a "dubstep symphony." Even if you hate the wub-wub-wubs of dub, you'll probably enjoy this delightful duet.

Nas and the National Symphony Orchestra

The blend of politicians and celebrities that populate audiences at major Kennedy Center performances generally leads to amazing crossovers between traditional and new, whether its Beyonce performing a cover of "Proud Mary" or Nas rapping in front of the National Symphony Orchestra. Listen to this mashup of "One Love" and "Represent" and imagine a world where hip hop and classical regularly overlap.

Ok, technically this isn't a collaboration between an orchestra and a pop star, but a chorus and the amazing John Legend. Nonetheless, this cover of Marvin Gaye's "What's Going On" is sweet, retro, and once again associated with the Kennedy Center.

This is another off-beat collaboration between classical instruments and modern artists, but if you wait until three minutes in, you'll feel the magic of Dave Grohl and strings. I feel bad for the string players at some parts, since they have to sit quietly while the rest of the stage rocks out, but their chords in the bridge make up for any awkward gawking at the beginning.

The Brooklyn Philharmonic branched out in 2012, playing a concert in Bed-Stuy that included multiple collaborations with Mos Def, as well as competition to remix Beethoven's Third Symphony as an electronic piece. As you can see, Bey/Def killed it.

More like this
Ed Sheeran’s Surprise Gig Included An Iconic Britney Spears Tribute
By Bustle Editors and Darshita Goyal
Everything You Need To Know About ‘Black Panther: Wakanda Forever’
By Bustle Editors
Christian Bale Sang With Taylor Swift & His Daughter Can't Believe It
By Radhika Menon
Did 'Grey’s Anatomy' Just Drop A Major Taylor Swift Easter Egg?
By Grace Wehniainen
Get Even More From Bustle — Sign Up For The Newsletter