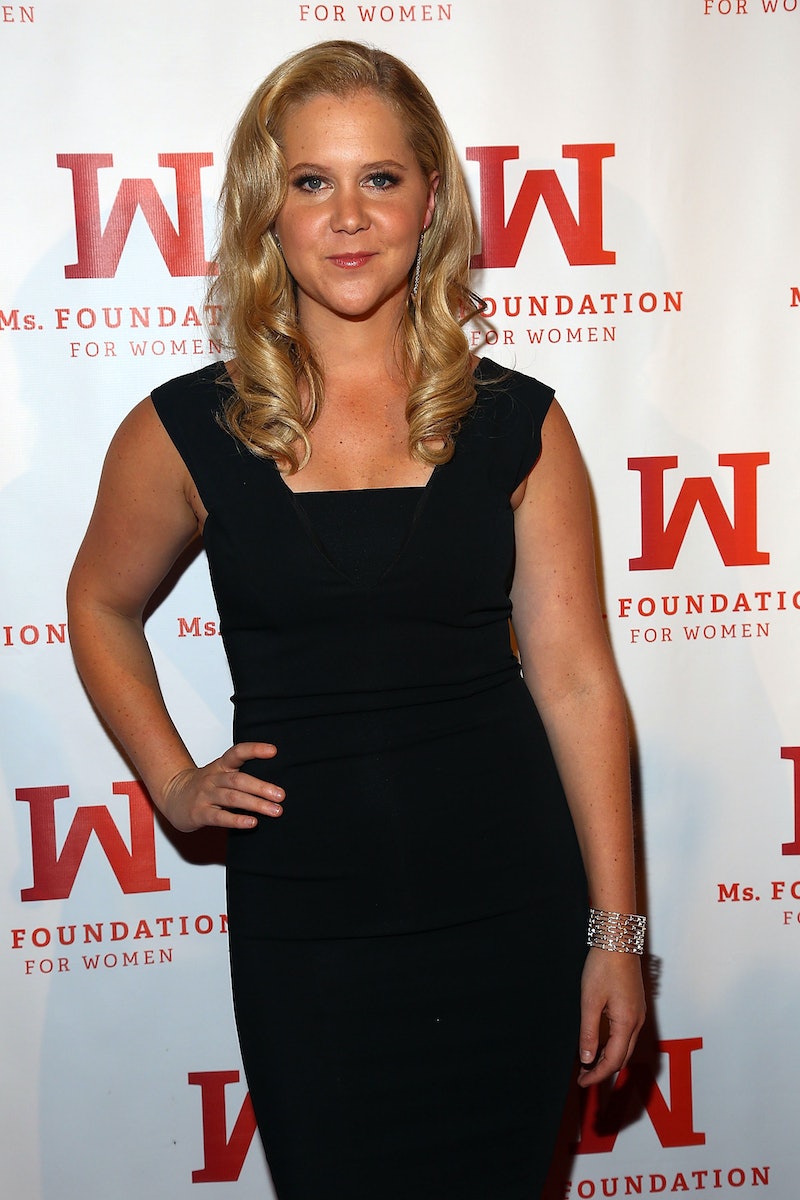 Excellent news for Amy Schumer fans. Along with announcing a couple of new shows, Comedy Central has renewed Inside Amy Schumer . This means Schumer will return for a third season with new sketches, interviews, and snippets of her standup routine. It also means that Schumer is going to be one very busy lady. Her movie Trainwreck, which she is both writing and starring in, is currently filming will premiere in the summer of 2015.

In addition to promising the world more Amy Schumer, Comedy Central renewed Andy Daly's Review and the animated series TripTank, both for their second seasons.

As for new shows, the channel is bringing on two female-led comedies in the form of Another Period and Idiotsitter. Another Period which stars Natasha Leggero and Riki Lindhome as basically the Kardashians of the turn of the 20th century. The show follows a 1902 "Rhode Island family who — apart from their exceedingly deep pockets — have absolutely nothing to offer the rest of the world." Leggero and Lindhome play sisters who care only about being famous and going to parties.

Idiotsitter is making the cross-over from online series to television and stars Charlotte Newhouse and Jillian Bell. Newhouse plays a woman hired to essentially babysit a wealthy adult (Bell) who is under house arrest. Both Idiotsitter and Another Period will premiere in 2015.

The channel is also expanding its collection of digital series with six new shows including 6 Guys 1 Car about six guys in a car traveling across the country, 300 Sunnyside about six guys in a house, and Team Tiger Awesome, a buddy comedy about two detectives. These along with three others will air online.

There is no word yet on when Inside Amy Schumer will return for its third season but if the past two are any indication, it will likely be back in April 2015.

More like this
Amy Schumer Is Actually The Other Kardashian Sister You Never Knew About
By Jake Viswanath
Here’s Everything Coming To & Leaving Netflix In June
By Alyssa Lapid
Britney Spears Met The Weeknd & Sam Levinson, So She May Actually Be On 'The Idol'
By Jake Viswanath
Everything To Know About 'Grey's Anatomy' Season 19
By Brad Witter
Get Even More From Bustle — Sign Up For The Newsletter