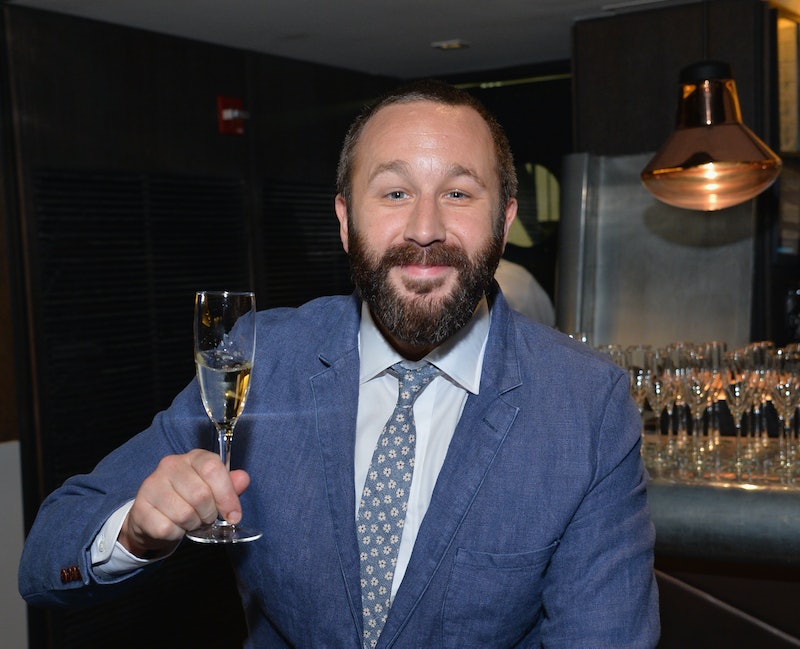 Bryan Cranston was the lucky dude to walk away with the Tony Award for Leading Actor in a Play at Sunday's awards, but it was Chris O'Dowd's method of dealing with his loss that resonated the most. Sure, Cranston regaled the audience with an amusing story about his first experience with Broadway, but O'Dowd immediately took a swig of some unidentified liquor. I think we all know who the more relatable one is here.

O'Dowd, who was nominated for his role of Lennie/putting up with James Franco night after night in Of Mice and Men, is probably still best known for his role in Bridesmaids and to international fans as Roy in the beloved British sitcom The IT Crowd. As of Sunday night, though, he's known as the guy who immediately drowned his sorrows upon losing the Tony. Like all small-but-great moments in television, the event has been Vined for our continued entertainment (below).

Consider this the opposite of that time Taylor Swift thought she won and looked super psyched. Instead, here, you have a man resigned to losing to Bryan Cranston, whom absolutely everyone knew was going to win this award. Maybe O'Dowd's Bridesmaids co-star Jon Hamm could take a page out of his book come Emmy time, when Cranston will no doubt reign once again.